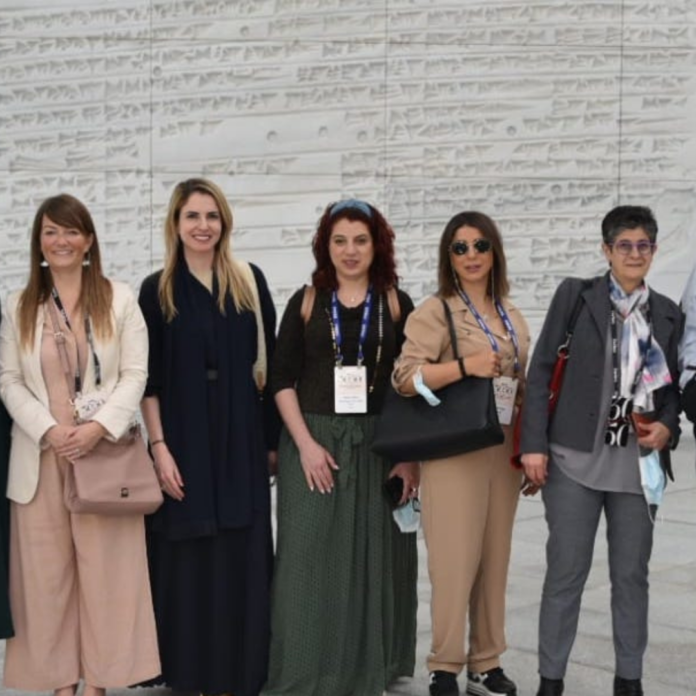 A delegation from Israel and the region left this week for the United Arab Emirates to establish a unique forum. The group includes journalists from Israel, the UAE, Bahrain, Tunisia and Morocco.

The initiative fosters cooperation among women in various fields but particularly in the media.

A goal for the delegation is also to advance cooperation among women in the region. Another aspiration is to create cooperation and joint ideas.

“The journalists have suggested pioneering avenues of thought and new ideas to inspire girls and young women,” he commented. “They are proving that they can achieve whatever they want and that there is no barrier they cannot break down.”

The Ministry has worked with the government press office for the delegation.

The GPO hopes to develop local and international cooperation among men and women in the media.

GPO Director Nitzan Chen, ” This delegation of women journalists, which is launching the forum of influencers in the region, is an additional component of the GPO’s ongoing activity.”

The group will promote networking and facilitate meetings in the region to promote personal, professional and social empowerment.

International Women’s Day has occurred since 1911 to celebrate the social, economic, cultural and political achievements of women.

The day also marks a call to action for accelerating gender parity.

Significant activity is witnessed worldwide as groups come together to celebrate women’s achievements or rally for women’s equality.

The campaign theme 2022 is #BreakTheBias.

Whether deliberate or unconscious, bias makes it difficult for women to move ahead. Action is needed to level the playing field.

Purple, green and white are the colours that signify the day. Purple signifies justice and dignity. Green is for hope. White represents purity. The colours originated from the Women’s Social and Political Union in the UK in 1908.