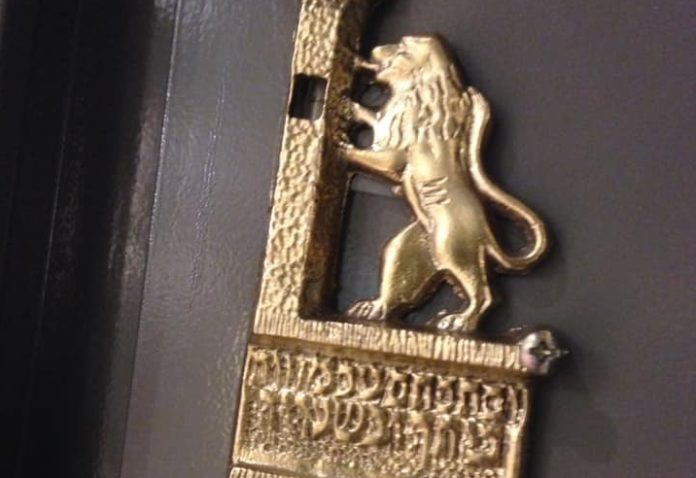 On 26 December, 1949, a gold painted mezuzah attached to a lion standing on two legs representing the tribe of Yehuda, was placed on the main front door of the original Knesset building known as “Beit Frumin” located on King George Street in the city centre of Jerusalem.

When the Knesset was relocated in August 1966 to its current and permanent residence, Kiryat Ben Gurion, the old building was mostly torn down and eventually converted into offices.

A young child walking by in 1966 noticed the mezuzah still on the door and fearing it would be destroyed, carefully removed it from the doorpost with its klaf (parchment) inside and and took it home.

Last month, this same person returned the mezuzah to the Knesset and on Monday of this week, some 53 years later, it was placed on the front door of Israel’s parliament building in honour of the 70th anniversary of the Knesset.

Former Yesh Atid MK Rabbi Dov Lipman said, “With all of the challenges and controversies, Israel continues along as a Jewish and democratic state and this mezuzah survives and sits on the door of our democratically elected parliament.”