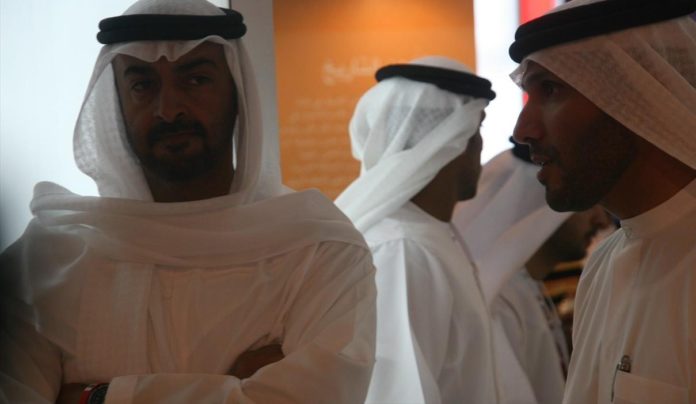 Prime Minister Benjamin Netanyahu and Crown Prince Mohammed bin Zayed of the United Arab Emirates held a landmark discussion earlier this week following the peace accord signed at the White House.
Netanyahu informed bin Zayed that the Israeli government will formally adopt the treaty, the first in 25 years, followed by Knesset endorsement. Israel will host a UAE delegation in Israel following National Security Advisor Meir Ben-Shabbat visit to the UAE.
The leaders discussed cooperation between the nations including efforts to defeat the coronavirus pandemic. They also called for a consolidation of peace in the Middle East.
Following the talks, the government duly adopted the Abraham Accords Peace Agreement for Knesset approval.
Speaking at a cabinet meeting, Netanyahu said the agreement was different from predecessors as Israel was not conceding any territory. The economic component would benefit all citizens of Israel and there would be an opening of the skies between the nations.
He added, “Israel is no longer a cul-de-sac but is becoming a main hub. It is also important to say that this is changing not only in geographic terms but in geopolitical and economic terms.”
Noting the deal was based on peace from strength, not concessions that would weaken Israel, he commented, “We can achieve peace by convincing the Arabs that our being here is an existing fact, based on our strength which is undisputed.”
Netanyahu thanked Yitzhak Molcho, Tony Blair and Mossad for their efforts in the process. He also noted efforts by US President Donald Trump and his team for its “direct and very important involvement”.
Regarding his conversation with bin Zayed, Netanyahu said they discussed cooperation in advancing investments, tourism, energy, technology and other areas.
As for the landmark peace agreement, Netanyahu noted it had altered Israel’s status in the region.
“Arab states want to make peace with us because they see how we have turned Israel into a major power,” he said. They also see how we are standing against Iran, sometimes alone, against the entire world. They understand that we can assist them in many areas. Israel is neither a burden nor an enemy, but a vital ally all the time, especially now.”
He added, “I have no doubt that we will soon see agreements with additional Arab and Muslim countries.”