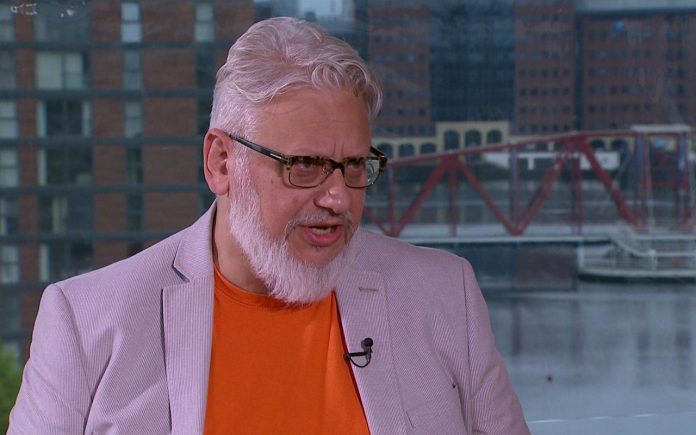 As political parties prepare for local elections across England, the brains behind the far-left Momentum group which catapulted Jeremy Corbyn to his leadership role, Jon Lansman, withdrew his candidacy to become General Secretary of the Labour Party after being subjected to anti-Semitic abuse on social media.

It was also widely reported that Jeremy Corbyn had asked Jon Lansman not to stand after he was recently elected to Labour’s National Executive Committee. But Mr Lansman was subjected to repeated abuse on twitter and facebook with much of it focusing on his Jewish background. However, this writer has seen several of the messages and on many occasions, the word “Jew” was substituted for the word “Zionist,” even though Lansman is very supportive of the Palestinian narrative and extremely critical of Israel and the Labour Friends of Israel.

The move by Lansman to withdrew his candidacy will likely pave the way for the Unite Union backed-candidate, Jennie Formby to win the party’s top official job and take over from Iain McNicol who is seen by Momentum supporters as not being far-left enough.

But Lansman is opposed to Jennie Formby, even though she is believed to be Corbyn’s favoured candidate. Jon Lansman is now concerned that the culture of “command and control” is going to be a dangerous move.

Lansman’s decision to stand against Unite’s Ms Formby, exposed huge tensions between allies of Jeremy Corbyn and his own Momentum vision for Labour as a social movement led by its members, rather than being led by the trade unions. But reports say Corbyn telephoned Lansman and explained how the disagreement could split the far-left vote and cause further tension within the Labour party.

The founder of Momentum said in a twitter message that now more candidates were coming forward but nevertheless would support whoever was chosen to replace Iain McNicol.

However, Lansman stressed his desire for Labour’s ways to change. “We must draw a clear line between our renewed and reinvigorated mass-membership party and previous eras of command and control – where the views of members and affiliates alike were too often ignored, party conference overruled and the NEC disrespected.”

The shadow chancellor, John McDonnell, also supports Formby to replace McNicol in an accelerated process that will see the successor chosen by 20 March.

Some in Labour believe the process is being stage-managed as Ms Formby is a former political director of the Unite Trade Union and its boss, Len McCluskey, is one of Corbyn’s strongest supporters.

Elsewhere Shadow work and pensions secretary, Debbie Abrahams, was asked to step aside from her role over “work-based complaints,” but she refused until she knew more about the nature of the allegations. The Labour Party released a statement, saying: “Debbie Abrahams has stood aside from her role while the Labour Party investigates an employment issue,” but Ms Abrahams hit back with her own complaints accusing the Labour leader’s office of “aggressive” and “intimidating” behaviour.

The local elections are scheduled to be held on Thursday 3 May within England. They will include all 32 London boroughs, 34 metropolitan boroughs, 68 district / borough councils and 17 unitary authorities. There will also be direct elections for the Mayoralties of Hackney, Lewisham, Newham, Tower Hamlets and Watford.