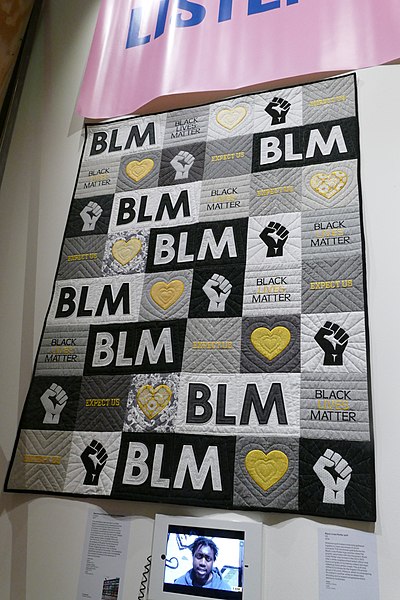 Board of Deputies President Marie van der Zyl, lamented the post but stood by Black people fighting for justice.

She tweeted, “It is beyond disappointing that BLM UK, a supposedly anti-racist organisation, has leaned into the anti-Semitic trope that British politics is gagged in terms of debating Israel, a claim particularly preposterous because Israel is one of the most discussed foreign policy issues in this country. However, the failings of this particular group will not stop us standing alongside Black people in their quest for justice, whether inside or outside our community.”

Campaign Against Antisemitism commented, “The BLM movement should embrace solidarity from Jews. There have been calls for violence against us from prominent BLM supporters with no official condemnation. Now from the official UK BLM account, we hear the lie that fighting antisemitism has ‘gagged’ legitimate debate.

“Educate yourselves. You cannot fight prejudice with prejudice.”

CAA continually fights injustice and noted on its website how an iconic civil rights leader had exposed bigotry in the past.

They wrote, “BLM is treading a well-worn path walked by many extremists and abhorred by real civil rights leaders like Dr Martin Luther King Jr, who once told a student in Boston who had made a comment attacking ‘Zionists’: “When people criticise ‘Zionists’, they mean ‘Jews’. You’re talking antisemitism!”

The BoD and CAA’s response followed BLM’s UK account tweeting, “As Israel moves forward with the annexation of the West Bank, and mainstream British politics is gagged of the right to critique Zionism, and Israel’s settler colonial pursuits, we loudly and clearly stand beside our Palestinian comrades. Free Palestine.”