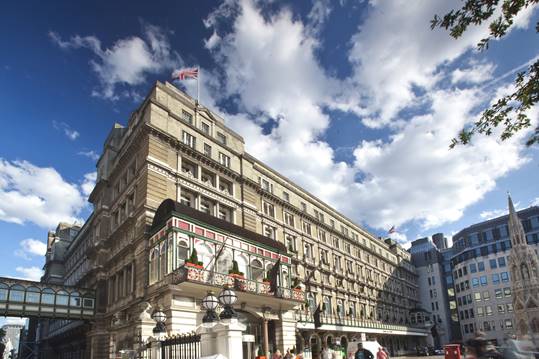 When is having a day out in London considered a holiday?

In any event my wife Linda and I took an afternoon in town to experience a “Right Royale Tea” at the very nicely rejuvenated AMBA (formerly Charing Cross) Hotel for what is best described as a hilarious romp, bringing the latest in a relatively new theatre genre – immersive comedy dining.  It’s a most enjoyable Sunday afternoon outing. 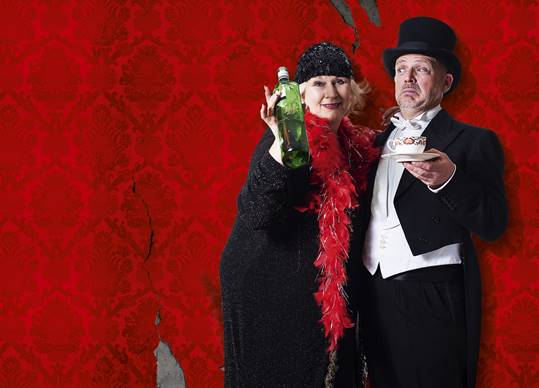 A Right Royale Tea showcases the lives of a fictitious aristocratic family who are broke. The gags start from the drinks reception.

“The plumbing is a drain on our resources”, says Lord Right the diminutive owner of Crawley House.  “The electrics are shocking”, he tells Her Ladyship, more interested in gin, although she can sing with a fine rendition of O mio babbino caro by Puccini followed by Rule Britannia with flag waving by the ‘guests’ to conclude the proceedings. 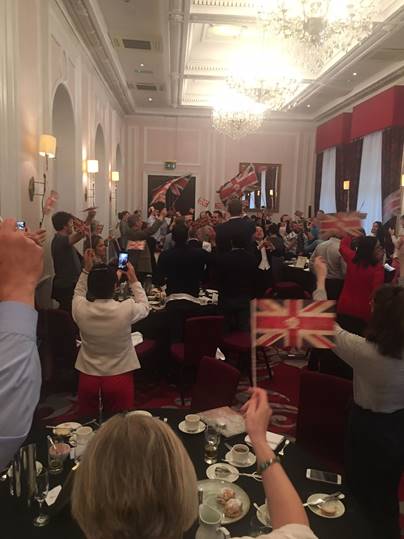 The audience is part of the show – actors mingle and interact with the diners, with each portraying a character as the story unfolds. Some of the performance is improvised, drawing from topical events and audience participation, with the remaining following a scripted narrative.  The new word is immersive!

Performances take place every Sunday afternoon from 2:30pm until 5pm throughout the summer. Tickets cost £69.95 per adult, £59.95 for children under 12 and £64.95 student and senior citizen concessions, with an option to upgrade to the prosecco package at £77.50 per adult.  It all takes place during afternoon tea including scones, sandwiches and cakes. Vegetarians please advise in advance. 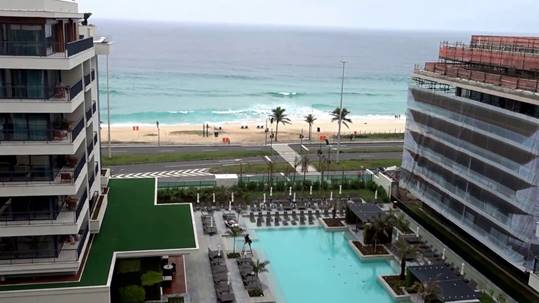 Getting to Rio De Janerio could not be easier these days.  It’s an 11hr 45min flight from Heathrow by British Airways or slightly shorter with Norwegian Air out of Gatwick.  With BA you can order kosher (48 hours in advance) and with Norwegian they are happy if you bring your own meal and both fly the impressive Boeing 787 Dreamliner, perhaps the most relaxing of all modern quiet long-haul aircraft.

With the Sugar Loaf Mountain topping it all (you go up by cable car) and the Copacabana and Ipanema beaches to experience it ought to be on everyone’s wish list. Copacabana has a number of kosher restaurants and the city has the second largest Jewish community in Brazil and synagogues of all varieties.

For something really exotic, and just 30 minutes from Galeão International Airport (GIG), the Grand Hyatt Rio de Janeiro Resort, strategically located in the heart of Barra da Tijuca, is 15 miles south of the city.  From 15th to 29th July it will offer a Glatt Kosher package, full board with a delicious variety of International and Brazilian Cuisine.  Located in Barra de Tijuca, one of the most exclusive areas in Rio, with its famous for outstanding beaches and urban attractions it overlooks a natural reserve, with the sea on one side, the resort is a quiet haven from the bustle of Rio.  There is a full programme for babies, children, teens and adults. 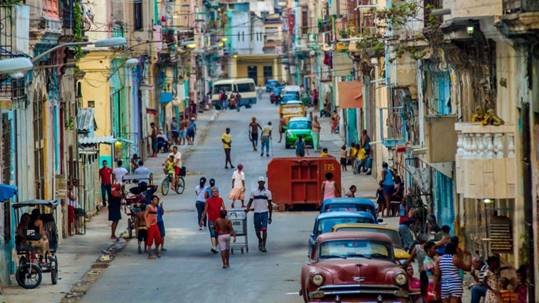 US citizens have long been banned from taking independent trips to Cuba, but under previous US president Barack Obama’s regime new rules allowing ‘people to people’ were introduced.  However, the Trump administration last week said it wants to steer American dollars away from “the Cuban regime, and its military and security services, who control the tourism industry in Cuba”.  There are no British cruise ships at this time due to visit Havana but plenty of US operators.

“We are disappointed that cruises will no longer be operating to Cuba,” said CLIA (Cruise Line International Association) chairman Adam Goldstein. “While out of our control, we are genuinely sorry for all cruise line guests who were looking forward to their previously booked itineraries to Cuba.”

Virgin Voyages, the new “trendy” cruise line spin off from Virgin Atlantic, planned to use Havana for Scarlet Lady’s maiden voyage next March.  This is not likely to happen but given Miami’s Caribbean location the line should have no difficulty in finding an alternative port. From what we have seen so far everything about the ship is going to be very trendy and travel agents – known as First Mates by the line – will join media and VIPs at several exclusive events on the ship before the vessel leaves UK waters early next year and crosses the North Atlantic to Florida.

Other cruise lines are switching programmes.

CABLE CARS FOR THE OLD CITY

Seventy-one years after a cable car brought in supplies for besieged fighters on Mount Zion during Israel’s War of Independence in 1948, plans have been unveiled for cable cars to make a comeback in the capital.

According to the project’s developers – Jerusalem’s Development Authority and the Ministry of Tourism – the cable cars are intended to ease traffic congestion in the city and improve access to the southern part of the Old City.  The cable car is able to transport 3,000 passengers per hour for a ride that lasts four-and-half minutes in each direction. The project will cost an estimated NIS 200 million (approx. £45 million) to implement. 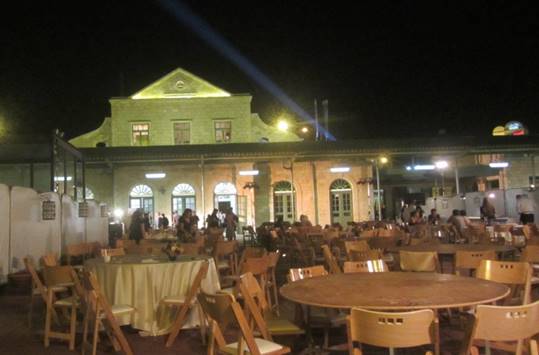 The cable car route will start at the Old Railway Station, go through the Valley of Hinnom outside the Old City’s walls, and finish at the Dung Gate, adjacent to the Western Wall.

Ze’ev Bielskim, the head of the National Infrastructure Committee, said the plan would rejuvenate the capital and facilitate travel around it.

“This is a plan that brings true renewal to the city of Jerusalem,” he said. “The plan allows for comfortable and easy access for those visiting the Old City of Jerusalem. The plan will bring an end to the wall of buses that is a daily feature at the entrance to the Old City, and will make (movement) easier for the place in Israel most visited by tourists, which is one of the most visited places in the world.”

Being Israel it is not a done deal and there is opposition.

The project has already sparked opposition from architects and environmental activists who protested the damage the cable car poles would cause to the unique landscape of Jerusalem. The residents of Silwan, the East Jerusalem neighbourhood above which the cable cars will pass, also oppose the project.