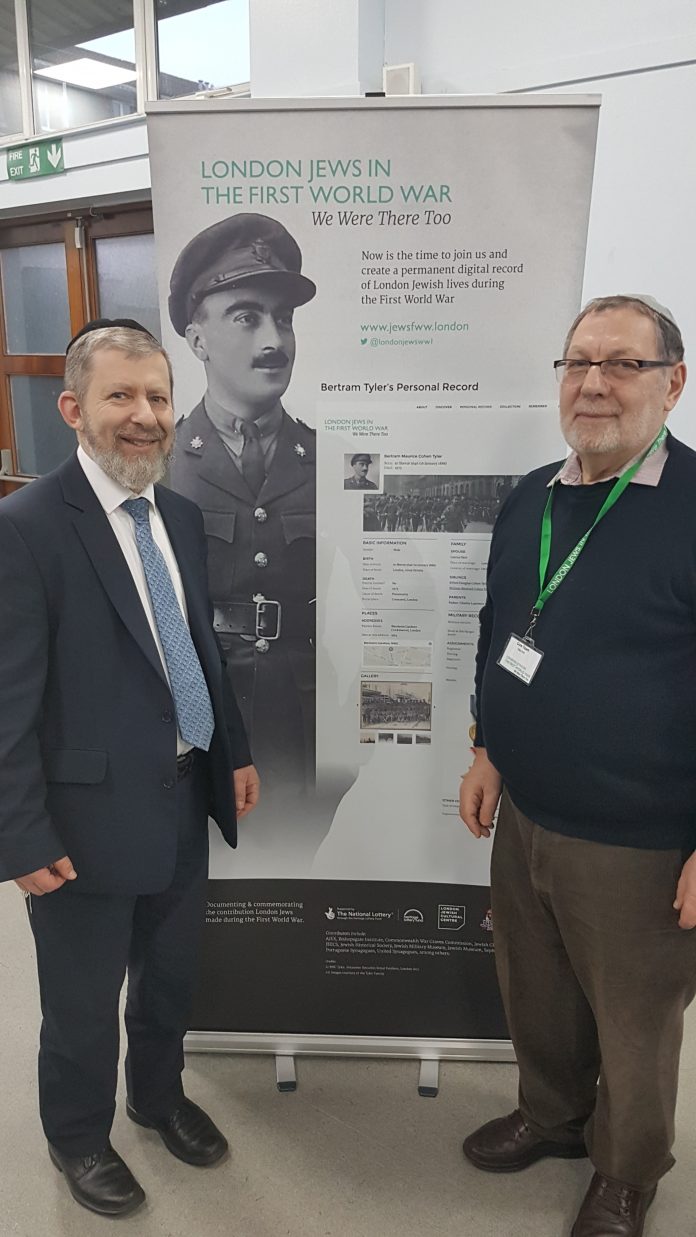 At a well attended event in Chigwell and Hainault Synagogue, Project Director, Alan Fell, explained about the Heritage Lottery funded project London Jews in the First World War.
Some really interesting stories were told including one man whose father was interned in Alexandra Palace and was called a ‘dirty jew’ whereupon he hit the anti-semite over the head with an 18 lb hammer and was sent to the jail for 7 days.
Attendees were asked to upload any details to www.jewsfww.london