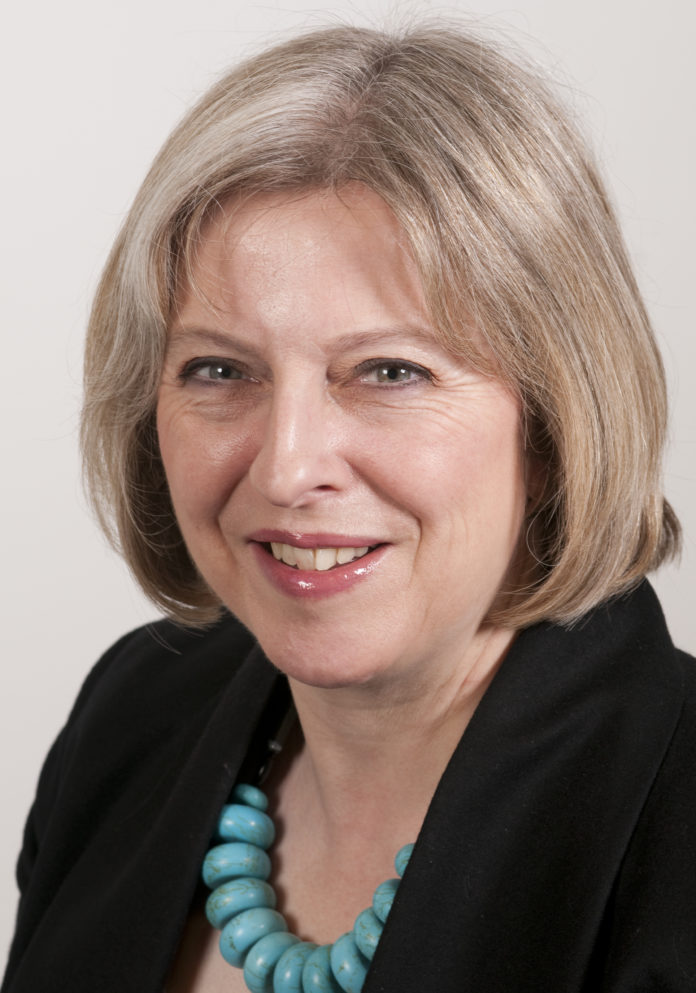 Prime Minister Theresa May attacked the Labour Party’s handling of anti-Semitism under Jeremy Corbyn’s leadership in her keynote speech at the Conservative Party Conference on Wednesday.

Whilst the speech highlighted Brexit and other hot political topics, the Tory leader found space to spell out to delegates in no uncertain terms how Corbyn had let British Jewry down after a succession of anti-Semitic incidents.

Making direct comparisons to predecessors of Corbyn, the Prime Minister drew applause after posing a number of questions.

She said: “Would Neil Kinnock, who stood up to the hard-left, have stood by while his own MPs faced deselection, and needed police protection at their Party conference?

“Would Jim Callaghan, who served in the Royal Navy, have asked the Russian government to confirm the findings of our own intelligence agencies?

“Would Clement Atley, Churchill’s trusted deputy during the Second World War, have told British Jews they didn’t know the meaning of anti-Semitism?

“What has befallen Labour is a national disaster.”

She added, “What has it come to when Jewish families today seriously discuss where they should go if Jeremy Corbyn becomes Prime Minister?”

“When a leading Labour MP says his party is ‘institutionally racist’? When the leader of the Labour Party is happy to appear on Iranian State TV but attacks our free media here in Britain?

“That is what Jeremy Corbyn has done to the Labour Party.

“It is our duty, in this Conservative Party, to make sure he can never do it to our country.”

Gove said Labour under Corbyn was “a toxic cocktail of unrepentant Marxism-Leninism and unacceptable anti-Semitism”.

He added, “When our Jewish friends and neighbours live in fear for their futures, let us stand with them against prejudice, against intimidation, against bigotry and against hate.”

In other addresses, Brexit Secretary Dominic Raab told delegates about his father, Peter, who was only six years of age when his family fled their Czech home after the Nazis invaded their country.

Rabb explained how his father grew up knowing his grandparents and most of his relatives had been “systematically slaughtered” because they were Jews.

Inspired by his father, who had never forgotten what had happened to his family, he said, “I will honour his memory by fighting the scourge of antisemitism and racism until my last breath.”

And Home Secretary Sajid Javid noted in his speech to delegates, “It is deeply shocking to see an entire community, our Jewish community, united in their fears and concerns about a major political party, and to see that party, especially its leader, repeatedly failing to respond to those concerns with the seriousness that’s required.”

Explaining how his father had explained to him as a youngster why Israel was a special place, Javid told delegates how he would always support Israel in Government.

“There is so much more I want to do, and I am doing, and I will continue to do, to work with Israel,” he said.

“Already I have made it absolutely clear that the Home Office will continue to support our Jewish friends, our Jewish population in this country in every way that we can”.

Though Cabinet colleagues had slammed Labour anti-Semitism, Javid praised Labour Friends of Israel over its stance.

“One thing we agree on is anti-Semitism is wrong in every shape and form and we all support the state of Israel,” he said.
“Today is an opportunity to extend that hand of friendship and to tell them on Israel and their fight against antisemitism we stand with them.”

“Israel has the right to defend itself,” he said.

“We pray for peace for all communities. As a true friend of Israel we’re here to help.”

“There’s a real bond and a real understanding about the importance of working together,” he noted.

“That bond, that friendship is so vitally important to both nations.”