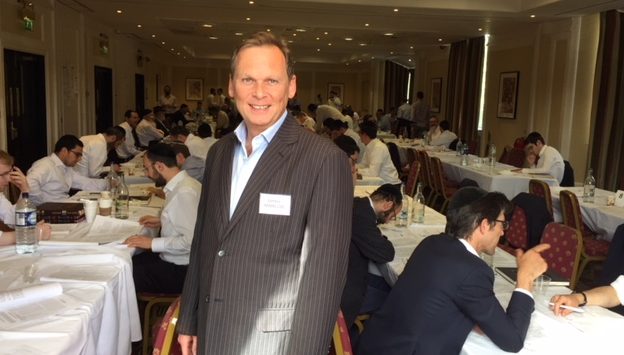 But these seven MPs did NOT stand on a manifesto of intimidation, harassment, bullying, institutional racism, hatred or anti-Semitism. In addition they did not stand for a party which defends Russian aggression or the rounding up, torture and disappearance of starving demonstrators by a discredited and corrupt government of Venezuela.

Moreover these original seven MPs did not stand on a manifesto which backs the murderous Syrian regime of Bashar al Assad or the Iranian expansion across the Middle East threatening many countries, especially Israel, who Iran has vowed to destroy without mercy.

Shadow chancellor John McDonnell was understandably dismissive of the gang of seven, who managed to turn parliamentary attention away from Brexit and back on to the anti-Semitism issue for a short time. But he insisted they must all stand in a by-election, because they will all probably lose their seats.

MPs Luciana Berger, Chris Leslie, Angela Smith, Gavin Shuker, Ann Coffey, Mike Gapes and Chuka Umunna – most of them definitely not household names – also cited in their decision to resign, that hard-left Labour alienation towards the business world was dangerous, and Jeremy Corbyn was unfit to become Prime Minister.

As for McDonnell to speak about disloyalty to the party, he has spent most of his adult life voting against his own Labour leadership. From Wilson to Miliband and almost all Labour leaders in between, McDonnell is an expert which it comes to rebellion – because he has always been the Labour rebel and always supported divisiveness.

Now that he sits at the helm of the party, John McDonnell insists the gang of seven MPs (who were bullied, cursed and hounded out of the party) must stand for re-election. But in the past when other party MPs crossed the floor to join Labour, without a by-election, he had no problem with it.

Since last Monday, MP Joan Ryan has joined the gang, but six out of the original seven, have huge Labour majorities ranging from 13,925 to 31,647 votes, due to the high Labour momentum turn out in 2017. Only one MP, Angela Smith, received a majority of 1,322 and may have been able to stand as an independent in her right with a chance of winning the seat. Except for her very odd remark on BBC Politics just two hours after the launch, where she said, people of colour were of a “funny tinge.” One hour later, she was forced to make an apology insisting she was not a racist.

In addition, the “Group” launch could have been better managed. Firstly the microphone was not working and then Luciana Berger accidentally introduced herself as the “Labour MP for Liverpool Wavertree,” when that was the whole point why there was a press conference.

Furthermore, the MPs kept promoting their website, but if you got to see it before it crashed an hour later, it really did not have any real policies.

Whilst all seven plus one (so far) should be praised for standing up against widespread antisemitism, which is clearly not being dwelt with in the Labour party and in fact, evidence suggests the anti-Jewish sentiment is growing, it is a disappointment that the group brought along their anti-Brexit platform, which goes against the referendum decision of 2016.

They all insist on a “People’s Vote” without saying if this time, they would accept another leave result of say, just 50.1%.

Of course they would not accept anything other than a “remain” result within the EU and in doing so, have turned off hundreds of thousands of Labour “leave” voters across the country, who are also anti Corbyn, anti-momentum, anti antisemitism and anti the looney left.

Surveys overwhelmingly show the people do not want another general election or another referendum, and this narrow appeal from the gang of seven plus one (so far) have excluded Labour MPs such as Frank Field, who was also forced out of Labour and now sits as an independent (leave) MP.

There are also other Labour MPs who voted to remain but accept the decision of the people in 2016 and voted to trigger article 50, in order to move forward with a withdrawal agreement.

Chuka Umunna invited MPs from other parties who share “their political outlook” to join, and they will. At the time, it was seen as an invitation to Conservative MPs Anna Soubry and Dominic Grieve as well as Liberal Democrat MP Vince Cable.

However with another important Brexit vote coming up in the House of Commons, several other Conservative MPs are considering their future, if a “no deal” scenario is not taken off the table and may also join.

But this is NOT a new political party rather, “The Independent Group” is a group of MPs sitting as independents in the House of Commons.

The good news so far is these well-meaning brave former Labour MPs, have taking a public stand against Labour anti-Semitism and it has shaken the Labour leadership and their momentum activists. It may have even weakened the party and for this, the magnificent seven or eight (and there will be more) must be saluted and supported.

But the Corbyn brand name has not yet been dented and sadly, social media is once again rife with conspiracy theories that the Zionists, Israel and the Mossad are plotting to destroy Britain’s Labour party.

As if we haven’t got enough to do already.