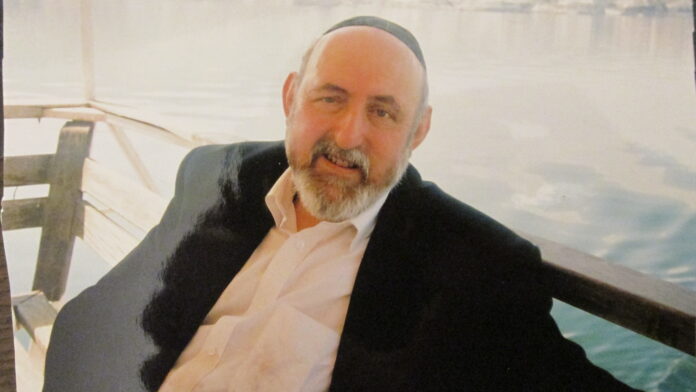 In the introduction to the monumental sefer, “Nefesh Hachaim”, authored by Harav Chaim of Volozhin, his son HaRav Yitzchok of Volozhin writes, “and so were the words of my father to me constantly, ‘This is the entire person; not for himself was he created, rather to benefit others with all the strength that he finds’.”

In our fast-paced, high-pressure society, there is much cause to reflect on these principles – that the purpose of our existence in this world is to prepare for the Next and that a primary way to do so is not by being self-centred, but by focusing on how to benefit others.

Our generation was blessed with an example of someone who personified these lofty ideals.

Mr Bernard Stone, (Binyomin Mordechai ben Yitzchok zt”l) whose Shloshim was this past Sunday, 15 Teves, was a Yid who many would testify lived leshem Shamayim and who constantly placed the welfare – spiritual and material – of others on the forefront of his mind and activities.

Born 76 years ago in what was then the “Hightown” district of Cheetham Hill, Bernard had an early example of a shul Shamash in the form of his grandfather, Mr Avraham Weinstein z”l. Mr Weinstein served as the Shamash of the “New Shul” (whose building still fronts Cheetham Hill Road and which once had the privilege of hosting the legendary Harav Meir Shapiro zt”l). When in 1963, the New Shul closed, Bernard began his communal activism at the Beth Jacob.

In 1969, Hightown was redeveloped and many of its residents relocated to Hulme. While others were busy finding their bearings in this spiritually-desolate district immediately south of Manchester’s City Centre, Bernard, then a young man in his twenties, approached Dayan Golditch zt”l with his quandary of how to establish a minyan for the area. Receiving the Dayan’s full support, sound advice and blessing, Bernard proceeded to set up the minyan in rented accommodation. In order to furnish the fledgling community, he visited numerous existing shuls in Manchester to request spare artifacts suitable for the shul and even constructed a Bima by hand. He would also make the rounds soliciting donations whether from distinguished personalities such as Rebbetzin Levene (who had been married b’zivug sheni to Harav Zvi Hirsh Levene zt”l, Rav of the Rydal Mount) or from ordinary businessmen. When the Hulme community gradually dwindled by the end of the 1970’s, Bernard joined the next Kehillah to which he would devote the rest of his life – Beis Haknesses Shaarei Tefillah – Cheetham Hebrew Congregation. The shul was formed in 1958 as an amalgamation of four Kehillos and Bernard threw his entire being into ensuring its continuity.

In 1982 he took on the “temporary role” of president of the congregation, a position he would go on to hold for close to forty years. When, in 2001, owing to changing demographics, the shul in Cheetham Hill was forced to relocate to the Jewish Cultural Centre on Bury Old Road, many would have wondered how long it could sustain itself nearer the heart of the Orthodox Kehilla, where shuls abound.

Nonetheless, Bernard’s resilience helped the shul not only survive, but, in its own modest way, thrive. It drew further locals – in particular seniors – who were seeking a like-minded Ashkenaz minyan. Bernard derived particular pleasure when, 13 years ago, a new Sefer Torah was commissioned by admirers and friends of the shul. Bernard described this as the happiest day in his life. At the celebratory meal held in its honour, a well-known Marbitz Torah commented that “Bernard” would serve as one of the “Stone”s in the third Beis Hamikdash.  Far from being a mere Rabbonishe quip, it brings to mind the words of Shlomo Hamelech in Shir Hashirim describing the Beis Hamikdash, “Tocho Rotzuf Ahahva” – its essence was saturated with love. Indeed it was a building constructed with the love of Klal Yisroel, as the Gemara poetically describes it as, “a “Yedid built by a Yedid in the portion of the Yedid [Hashem i.e. Shevet Binyomin]”. Binyomin (Bernard) similarly displayed the love of a “Temimus’dike” Jew for a Mikdash Me’at and in fact was once overheard commenting (when questioned as to why he stayed in shul the entire Yom Kippur night), “What could be better than spending the night with the Eibishter?”

His personal commitment to Tefillah was itself an inspiration. Each Shabbos and Yom Tov he would make the one-and-a-half mile trek from his home deep in Crumpsall to the shul in the Cultural Centre, notwithstanding ailing health and sometimes oppressive weather conditions. On two-day Yomim Tovim this would involve a repeat three mile round trip. In earlier years, he would make the rounds each weekday with his old car, bringing whoever he could, to join in the Minyan. One can only imagine the challenges this must have involved, in particular on cold and dark winter mornings, but it was the greatest favour imaginable for many of the beneficiaries of this kindness.

His other great joy was providing meals for people. Whether it was the famed Shabbos lunch he ran in the shul in which he provided food he personally schlepped from local shops – in addition to dishes he prepared at home, or the mesibos he ran in honour of the Yomim Tovim, Cheetham Hebrew became for many individuals a second home, a “Beis Chayeinu” where warmth, friendship and true care could be found. This was besides the meals he would deliver to lonely people, his visits to hospitals and his quiet but determined actions that enabled many Yidden to be brought to Kevurah in a timely manner. Much of his kindnesses were performed for people who are sadly no longer with us, but nothing is forgotten by Hashem, who “recalls all the forgotten”.

Across Manchester’s Jewish community and beyond, Bernard’s caring and happy demeanour earned the admiration of Jews and non-Jews alike.

It would be appropriate to conclude with an idea the author once heard from the renowned mashpia Rabbi YY Jacobson shlita. We daven at candle-lighting that we should merit to raise children who “light up the world with Torah, good deeds and all the work of serving the Creator”. The Rav explained that whereas our hope is that our efforts in Chinuch will bear fruit in the form of children who light up the world in Torah, we should also be proud of those who succeed in “good deeds and in all the service of the Creator”. Such people “light up the world” with their activism and selflessness, helping others, such as the incredible volunteers we are all familiar with from various organisations. In a similar vein, Bernard may not have had the opportunity to excel in Torah study that much of present-day children in Manchester are granted, but he truly “lit up the world”, beaming a bright light of Chesed and Maasim Tovim, deep into the corners of Cheetham Hill, as well as an awe-inspiring Mesiras Nefesh for Tefillah, which will remain indelibly impressed on all who knew him.

Bernard returned his pure soul to his Creator on Thursday night Parshas Vayishlach and, quite remarkably, was brought to Kevurah on Erev Shabbos after Chatzos. A crowd comprised of Rabbonim and laypeople came to accompany Mr Stone on his final earthly journey, each person mulling over their own precious memories of an unassuming giant, whose greatest joy was bringing pleasure to his Creator and bringing Yidden together. 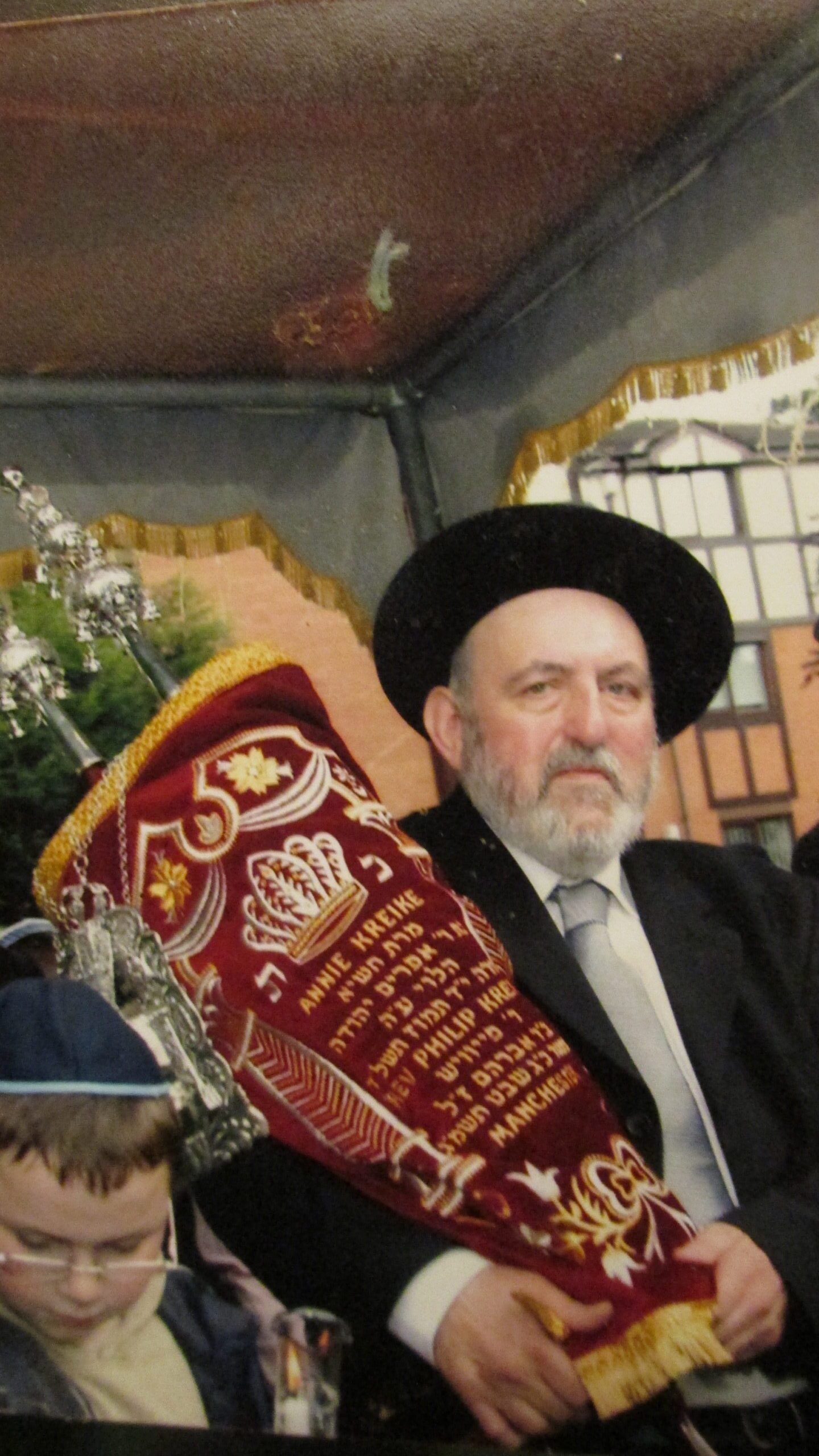 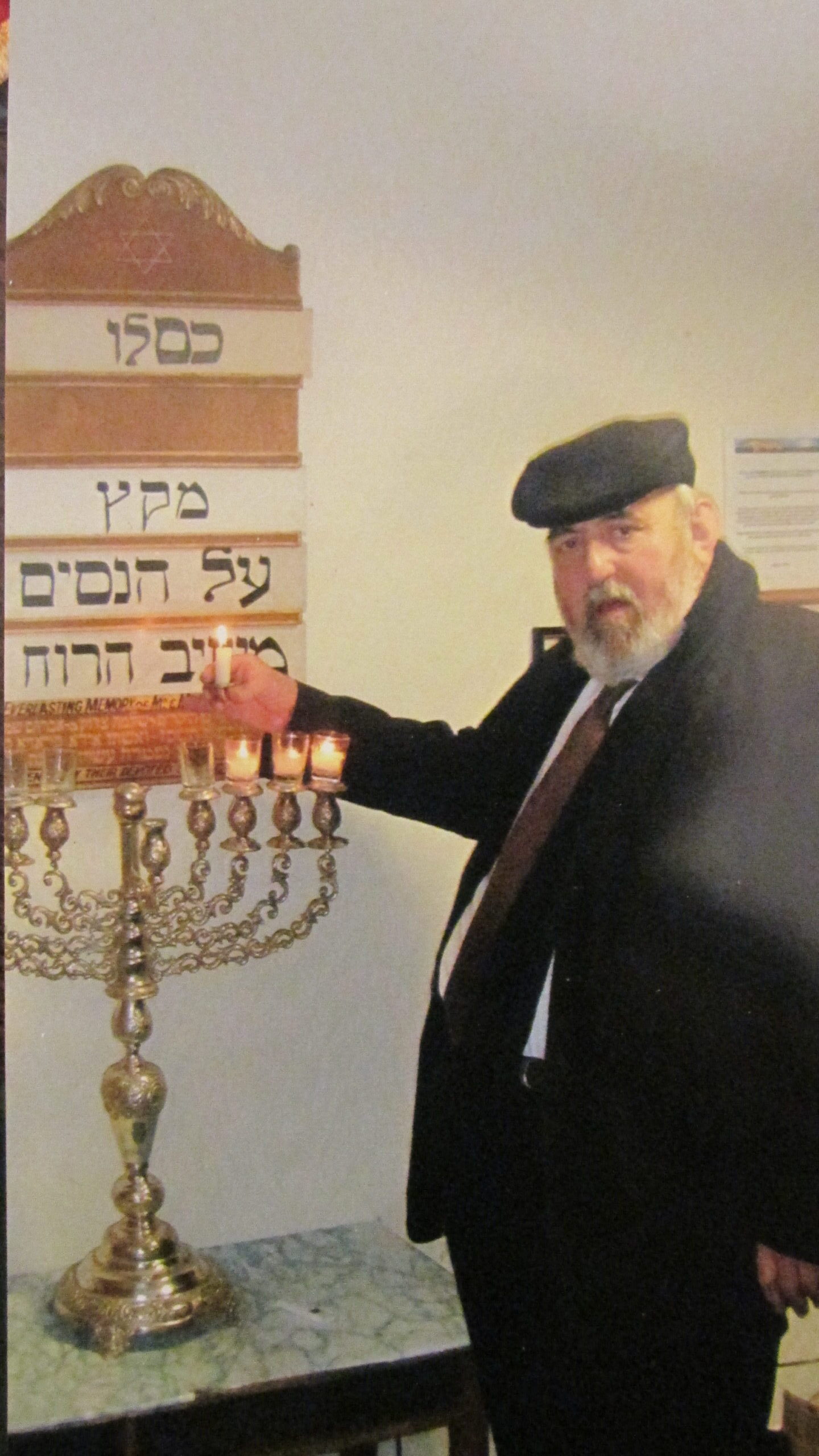 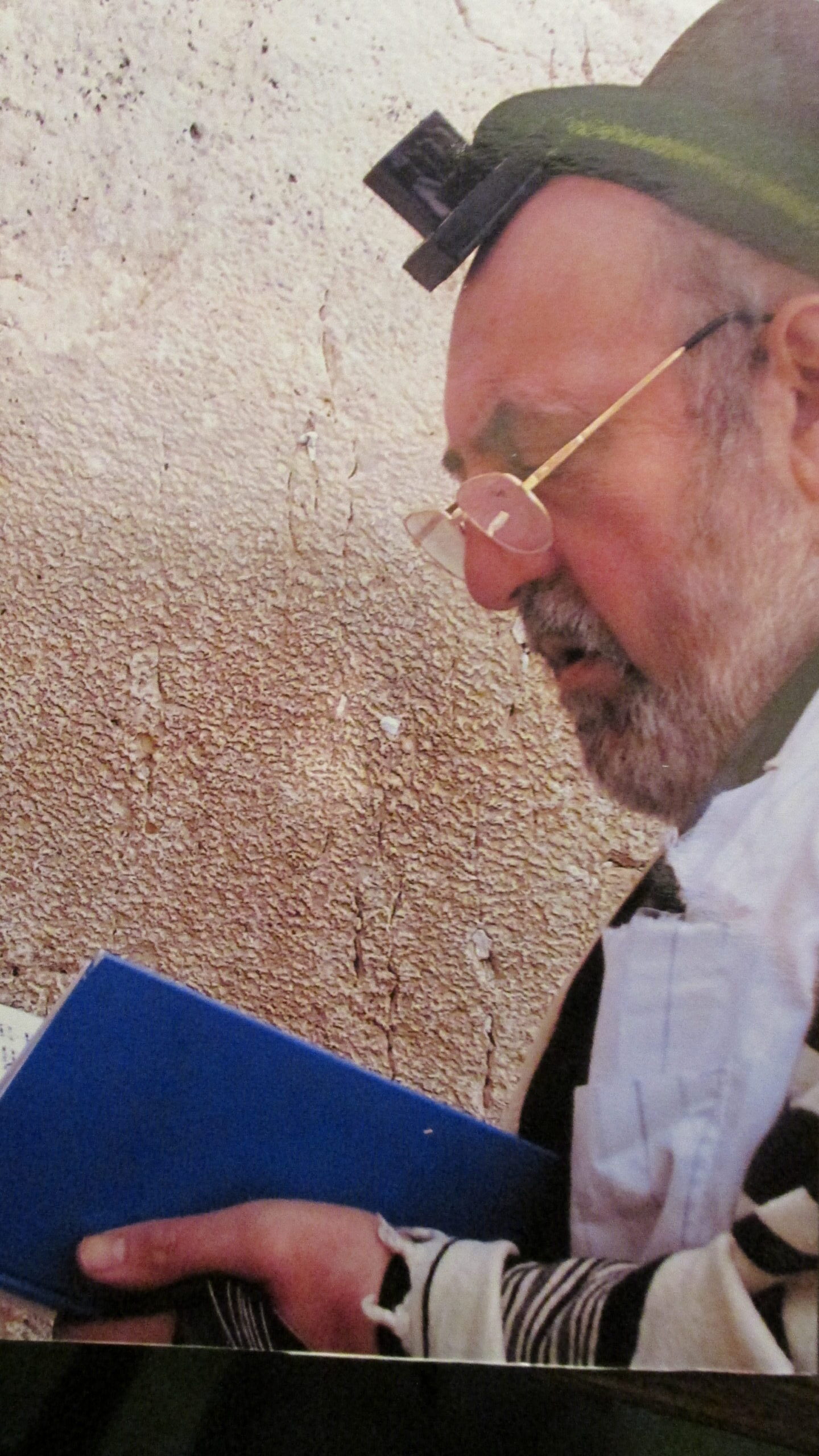