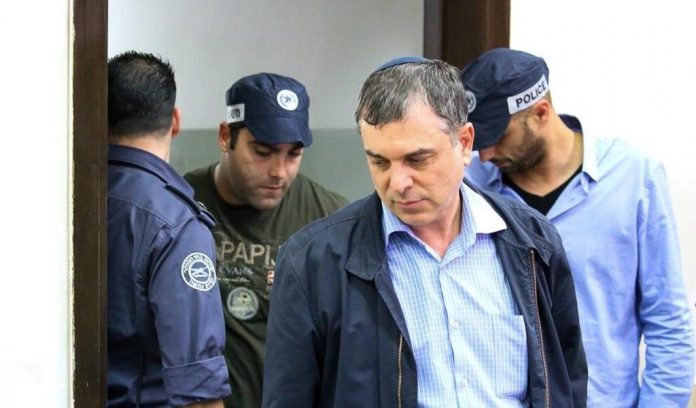 Shlomo Filber, the long-standing confidant of Israeli Prime Minister Benjamin Netanyahu, signed a state’s witness agreement last night to give evidence against the Prime Minister.
Filber was suspended from his role of Director General of the Communications Ministry four months ago. He is expected to give evidence about the links between Netanyahu and business leaders when the Prime Minister also served as communications minister.
Israel’s Channel Two News reported that Filber’s lawyers told Police that he could provide information that will incriminate Netanyahu in the Bezeq affair and possibly other cases involving the Prime Minister. The deal will reportedly allow Filber to avoid any prison sentence.
Responding in a video clip, Netanyahu dismissed the suspicions against him, insisting that the allegations are groundless and false. He said that they are part of “the persecution campaign” that he believes has been waged against him and his family for years. Netanyahu added that all the decisions pertaining to Bezeq were made by professional committees and officials under close legal supervision.
In a separate development yesterday, Supreme Court President Esther Hayut gave a statement to the police claiming that retired judge Hila Gerstel told her that Nir Hefetz, another close associate of the Prime Minister, had inquired about the case against the Prime Minister’s wife Sara Netanyahu. Gertsel was on the short list to be appointed Attorney General at the time the conversation is meant to have happened. It is alleged that Hefetz told Gertsel that she would be appointed Attorney General if she promised to drop the case against Sara Netanyahu. On Sunday, Gerstel gave a detailed statement to the Lahav 433 detectives about the discussions.
In her statement to the police, the Supreme Court President said that she had not taken action on the matter due to the paucity of details provided by Gerstel.
Last night Netanyahu said that he had never reached out to Hefetz on the matter, Hefetz never offered him anything on the matter, and he did not believe that Hefetz had proposed such a thing to anyone.
Zionist Union Chairman Avi Gabbay called upon the members of his party to prepare for elections in the near future. Gabbay tweeted that the latest events had made it clear that the Netanyahu era was over.