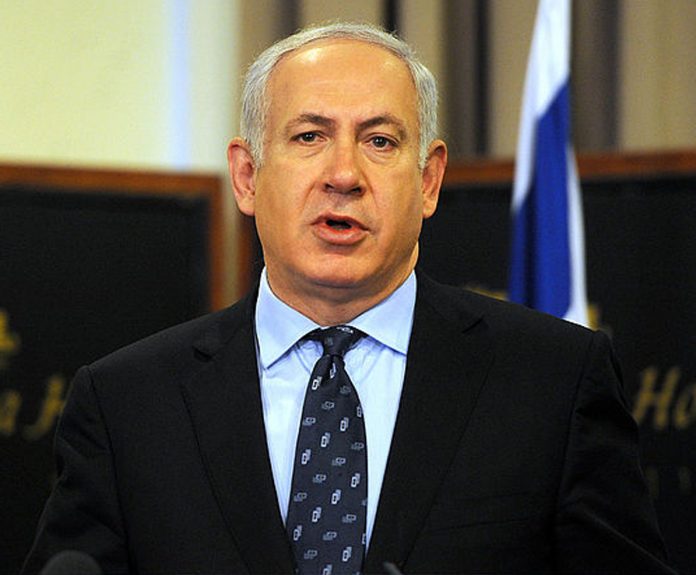 Prime Minister Netanyahu warned Foreign Minister Sigmar Gabriel that if he would meet with radical left wing organizations, then Netanyahu would cancel their scheduled talks on Tuesday afternoon.

But the German Foreign Minister ignored the ultimatum and went ahead with meetings with NGO’s “Breaking the Silence” and “B’Tselem.”

Israeli media reported that when Netanyahu telephoned the Foreign Minister, Gabriel refused to take his call.

Breaking the Silence and B’Tselem are extremely controversial groups in Israel that collect testimonies from Israeli veterans about their service experiences in volatile areas such as Jerusalem, the West Bank and Gaza. They regularly testify against Israel abroad about atrocities and war crimes committed by the Israeli government and its IDF soldiers. In addition they receive a huge amount of money from mostly European donors in doing so.

Gabriel said in response it was “regrettable” that Netanyahu called off a meeting between the two.

Foreign Minister Gabriel is no stranger to controversy – in 2012 during an election campaign he described Israel as an apartheid state. Writing on his facebook page Gabriel said, “This is an apartheid regime, for which there is no justification.”

Tuesday’s incident reveals Mr. Gabriel’s lack of public diplomacy in foreign policy matters. But the Foreign Minister told Germany’s ZDF Television news that it was a “remarkable event, to put it mildly,” for Netanyahu to cancel their planned talks, arguing it was normal to talk to civil society representatives.

“Imagine if the Israeli Prime Minister came to Germany and wanted to meet people critical of the government and we said that is not possible – that would be unthinkable,” he said.

But these groups are not just far left political parties. They work hard with anti-Israel groups to demonise Israel by calling its soldiers war criminals.

But opposition leader Isaac Herzog of the Zionist Union took a different approach and decided to meet Gabriel at Jerusalem’s King David Hotel.

Herzog told reporters, “The IDF deals with terrorist threats in the most complex region in the world and, in all of Israel’s wars, has proven again and again that it acts according to the rules of international law, while protecting human rights, even when it puts the lives of soldiers in the field in danger by stopping actions out of concern for harming civilians in warzones who were often used by terrorists as human shield.”

Herzog recounted the stabbing in Tel Aviv on Sunday by a Palestinian man, who was in Israel on an organised tour with Israel’s permission, and a Palestinian woman, who was allowed into Israel for cancer treatments and smuggled in explosives with her medicines.

In addition, the opposition leader talked about the need for a two-state solution and opportunities for Israel to expand ties with other countries in the region. Herzog concluded by asking for Germany’s help to bring back the bodies of IDF soldiers Oron Shaul and Hadar Goldin, which have been held by Hamas in Gaza since 2014, as well as Abera Mengistu, an Israeli citizen Hamas is holding alive.

Even the former defence minister, Moshe Ya’alon, who has not stopped criticising the Prime Minister since he was removed from his cabinet post, said that he supported the move by Netanyahu. “The funding and involvement of Europe in these matters cross red lines in relations between countries” he said.