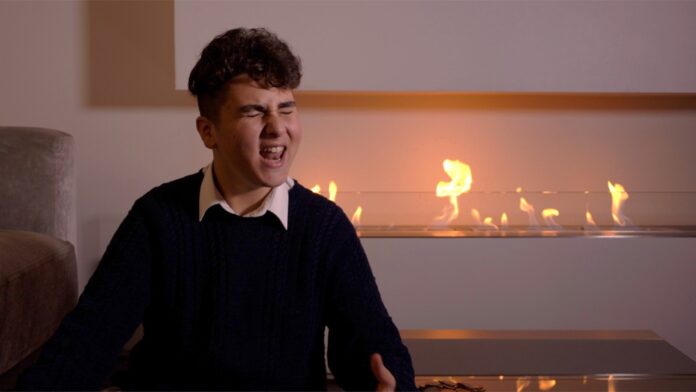 After several years being dominated by Maccabeats and other US groups, a new Chanukah Video looks to break records and be the hit song of the season in Jewish households and beyond. Light One More featuring Rav Mo (Aish UK’s Rabbi Moshe Freidman) and breakout young star Yoni Shine, this track has been produced by Oskar Winberg, UK-based multi-platinum selling, Grammy and Latin Grammy award winning mixer, producer, recording engineer, and multi-instrumentalist. Mastered at the world famous Abbey Road Studios by Alex Gordon.

Yoni shine, a 14 year old JFS student whose father is a known chazzan and Neshama band member, has performed at Limmud, hundreds of events and has sung alongside industry names such as Jess Glynne, Stormy and Dua Lipa in Europe and the US as well as having recorded major film soundtracks. His incredible voice brings a professional and inspirational feel to this seasonal treat.

Rav Mo, aka Rabbi Moshe Friedman, started rapping during his time at University of Pennsylvania before undergoing a spiritual transformation and spending a decade learning and living in Israel. Now a Senior Educator at Aish and Director of the FJL (Forum for Jewish Leadership), Rabbi Moshe uses his rap music as a vehicle for positivity. He has released several songs in the past addressing issues of faith and community.

Light One More (3:17) is an original song by Rav Mo featuring Yoni Shine. It addresses, amongst other things, people’s difficulty with social distancing over this usually close-knit festival period. The music video features students on campus stranded form their family during lockdown, wo finds a way to connect through the act of lighting the candles of Chanukah. Many have already shared the video with an embedded link in a digital holiday card, which they have shared with friends and relatives.

Expectation is high that this will be one of the fastest shared and most viewed Chanukah Video of all time, reaching over a million views before the end of the festival.

Rabbi Moshe said: “To me Chanukah represents finding positivity in the darkness.  That’s what I tried to do with rap music. I realised I could use it to inspire people.”

Producer Josh Brickman added “In a year clouded with such darkness and despair, we are in great need of powerful uplifting music filled with purity, joy and hope. Light One More encapsulates exactly that. From the moment Rabbi Friedman sent me the rough demo of this song I knew this would take on a life of its own and become the biggest Chanukah song of the year. This Chanukah won’t be like any we’ve experienced before, but we truly hope this song brings joy and hope to you and your families”

The video is already online and can be found at https://www.youtube.com/watch?v=mHHWt7JQc-w