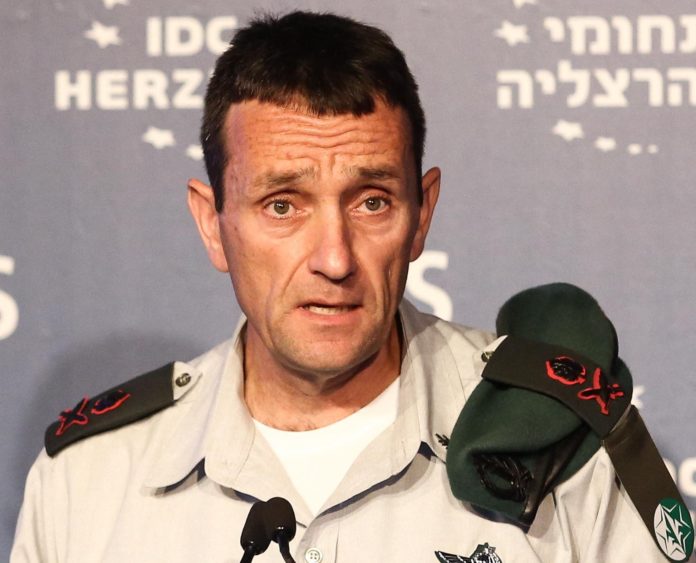 Dsere repelled Israel’s defences as Gaza-related skirmishes continue.
IDF forces identified and arrested four Palestinians attempting to break through the border fence on the Gaza Strip.
An IDF spokesperson confirmed the suspects were armed with a knife and an axe after questioning that continues.
GOC Southern Command Maj. Gen. Herzi Halevi does not expect “complete calm” in the Gaza Strip during the next decade.
Halevi told Radio Darom made the comments, in his first interview since taking up his role, as talks with Hamas continue on a long-term ceasefire.
Halevi offered support to buildinga seaport in Gaza to improve conditions for residents as it would help reduce hostility in the area.
“We aspire for improvement,” he explained.
“If the seaport will be used as passage of goods for Gaza’s residents and not as a tool to bolster Hamas, building it would be the right thing to do.”
But Halevi was realistic in his aspirations due to the number of terror attacks in recent times.
“In my opinion, the recent clashes were the closest to war we have reached since Operation Protective Edge,” he said.
“The way we conducted ourselves had demonstrated to Hamas our strength and abilities.
“We’ve destroyed many of its infrastructures, many of its activists were killed both during the border fence riots as well as during our strikes in Gaza.
“I think Hamas understood it wouldn’t be beneficial for it to proceed (with terror acts).”
Halevi added, “The IDF is well-prepared.
“Our enemies on the northern border as well as on the southern one will invest tremendous efforts to avoid confronting us, since (due to) the IDF’s strength and State of Israel’s might.
“Nevertheless, the IDF will know to handle both fronts if needed.”