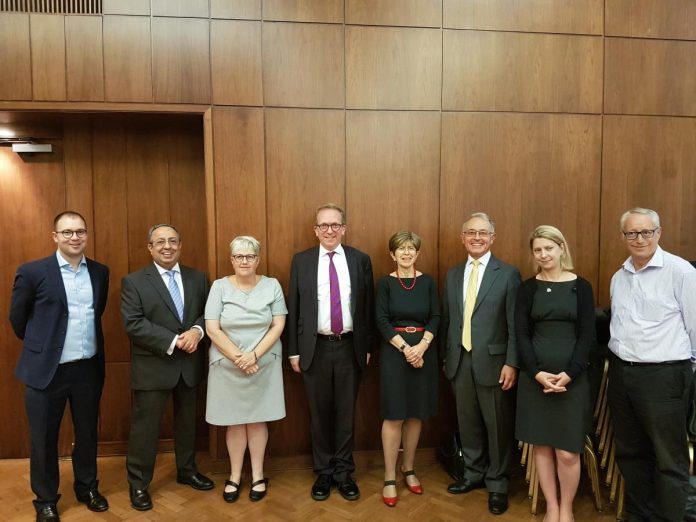 On Monday evening at a meeting of the US Council, Michael Goldstein was elected as the new President of the United Synagogue.
Elected for a four year term, the US President leads a Trustee team responsible for setting the direction of the largest Synagogue movement in UK Jewry. Stressing his determination to build on the work of his predecessor of six years Stephen Pack, Mr. Goldstein highlighted the importance of strong and inclusive local communities.
He said: “My manifesto made clear that the US must be at the centre of inclusive orthodoxy. To do this we must reach out to every Jew and engage them with activities that create vibrant local communities. Through the combination of excellent local Rabbis and lay leaders, working with head office and partner organisations, we can build a dynamic modern orthodox movement. This is the key to delivering sustained growth in our membership and securing our traditions for future generations.”
In addition to President, eight other US Trustees were also elected. Maxwell Nisner was voted in as Treasurer alongside Andrew Eder, Barry Shaw and Saul Taylor in the election for Male Honorary Officers. Re-appointed as Female Honorary Officers were incumbents Claire Lemer, Leonie Lewis and Doreen Samuels, with Fleurise Lewis being elected for a first term.
Thanking the former Trustee body, Mr Goldstein said: “Every one of the outgoing Trustees has made a real contribution to the future of our community. We all must acknowledge the huge debt of gratitude that we owe for their tireless dedication and hard work.”