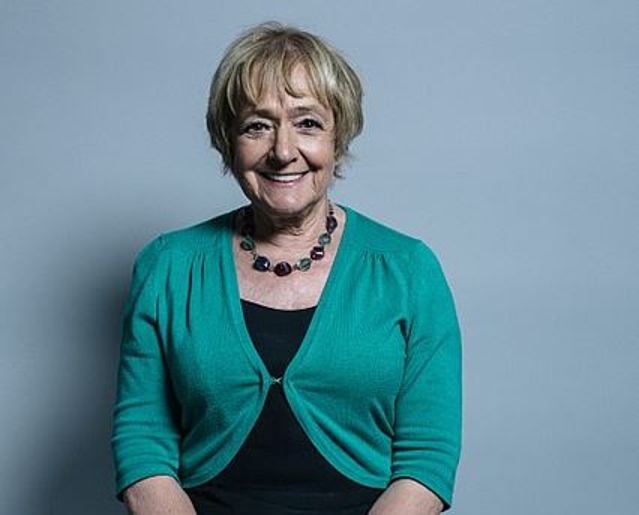 Political and Jewish leaders have blasted Labour activists for forcing Dame Margaret Hodge into a reselection contest for her parliamentary seat.

The former minister, an outspoken critic of leader Jeremy Corbyn, diplomatically said she was “disappointed” after Labour branches of her Barking constituency triggered the prospect.

Support for the esteemed politician has been widespread and forthright.

Mike Katz, Jewish Labour Movement, labelled the move “shameful”, and blamed a “toxic atmosphere and culture of denialism” in the party.

Noting Dame Margaret was a “steadfast campaigner” against racism, fascism and intolerance throughout her political life,” he added. “She saw off the BNP in Barking, and has over the last few years been determined in her opposition to anti-Semitism within the Labour Party.

The JLM chair continued, “This is a shameful moment for a Party which claims to embody the values of equality and diversity. She has been the target of vicious smears, derision and anti-Semitism, because she has been resolute in her opposition to anti-Jewish racism.

“This takes place at the same time that the Party are being investigated for unlawful discrimination by the Equalities and Human Rights Commission.

“This could not have happened without the toxic atmosphere and culture of denialism that has gripped the Party. Engineered by the Party’s leadership, it has been enforced by a sordid coalition of fake news, factionalism and the frontbench.

“Margaret is a doughty fighter, and JLM will be right alongside her over the coming weeks.”

Elsewhere, former Labour Cabinet minister David Miliband tweeted, “Truly crazy. Any constituency would be lucky to have Margaret as their MP.”

Ruth Smeeth, Stoke-on-Trent North MP, commented, “Margaret Hodge is a loyal friend, brilliant MP, and my ally in the fight against the anti-Jewish hate that’s too prevalent in Labour.

“Those trying to oust her do a disservice to Barking and to our Party. Their actions will be viewed for what they are, shameful and contemptible.”

New rules, passed at last year’s Labour conference, mean just a third of branches can initiate a reselection as opposed to 50% previously.

Dame Margaret, in a statement, said, “I am obviously disappointed. My priority remains serving the people of Barking as I have done for the last 25 years.

“At a vital time for the country, with a general election looming, we should be focusing our efforts on holding Boris Johnson and the Tories to account. I will work to secure the full backing of Barking Labour Party, so I can continue to play my part as their MP in doing that.”

Only last week at the Labour Party Conference the esteemed parliamentarian made it clear she’d not give up until Corbyn ceased to be leader of the Party.

A vocal critic of the Labour leader, she told Sky News the party was at “a tipping point” over anti-Semitism following revelations in a BBC Panorama documentary earlier this year.

And after reports Corbyn had written a foreword to JA Hobson’s controversial 1902 book, Imperialism: A Study, re-published in 2011, claiming Jews controlled banks and the press, she lambasted his contribution as “disgusting”.

At a Manchester’s #EnoughisEnough solidarity rally just a year ago, Dame Margaret made her voice heard, insisting the Labour leader must take responsibility for what was happening in the party.

“He may be right to say that anti-Semitism exists elsewhere, but he is wrong to suggest that our mission to eradicate anti-Semitism from the Labour Party is simply an attempt to silence any criticism of the Israeli government,” she noted. “I will never accept anti-Semitism that is dressed up as something else, as a voice for Palestinian rights, when it is plain simple hatred of Jews.”

Archives illustrate other instances of note.

Fiona Sharpe, Labour Against Antisemitism, said the move to trigger a vote was further evidence of hostility towards Jews that is endemic within the Labour Party.

She added, “Earlier this year the Wavertree MP Luciana Berger departed Labour citing anti-Semitic abuse. Now it appears another Jewish woman who has also been critical of anti-Jewish racism is being targeted.

“Labour Against Antisemitism stands in solidarity with Dame Margaret and hope she is successful in her fight against deselection.”

The Board of Deputies was succinct in its viewpoint on social media.

“She should be lauded as a hero not threatened with deselection. That Labour shelters antisemites while attacking anti-racism campaigners is why EHRC is investigating,” they noted.

“Margaret Hodge stood up to far right racism of the BNP and far left racism in her own party. She should be lauded as a hero not threatened with deselection. That Labour shelters anti-Semites while attacking anti-racism campaigners is why EHRC is investigating.”