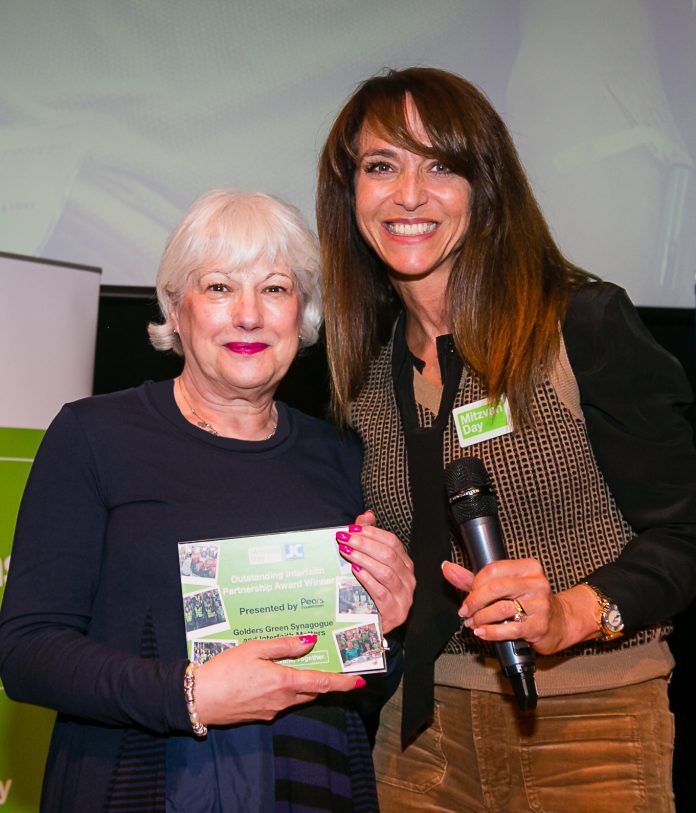 Stanmore & Canons Park delivered one of the biggest, most inclusive Mitzvah Days that has ever taken place under one roof. 18 different projects took place throughout the entire week of Mitzvah Day – including soup making for the homeless, an interfaith gardening project with the Shree Swaminarayan Hindu Temple in Stanmore, collectathons for many different charities, a knitathon, Mitzvah Mummies taking their babies to a local Jewish Care home and an afternoon tea for seniors and ex-servicemen/women in the community and to honour AJEX and anyone visiting the Cenotaph. The day brought together the entire community, of all ages.

The blood drive at Golders Green Synagogue was originally facilitated alongside the local temple. After the temple closed, Rabbi Belovski from the synagogue, who used to frequent the blood drive regularly with his members, decided to continue the initiative in the shul instead. Open to anyone on Mitzvah Day, it saw a mix of Hindus, Muslims and Jews donating blood to the national blood bank. This Mitzvah Day, Muslims from the new Islamic Centre in Golders Green decided to join the neighbourhood initiative and donate blood. Given recent controversy around the centre, Mitzvah Day was a great vehicle to demonstrate the power of people of faith coming together.