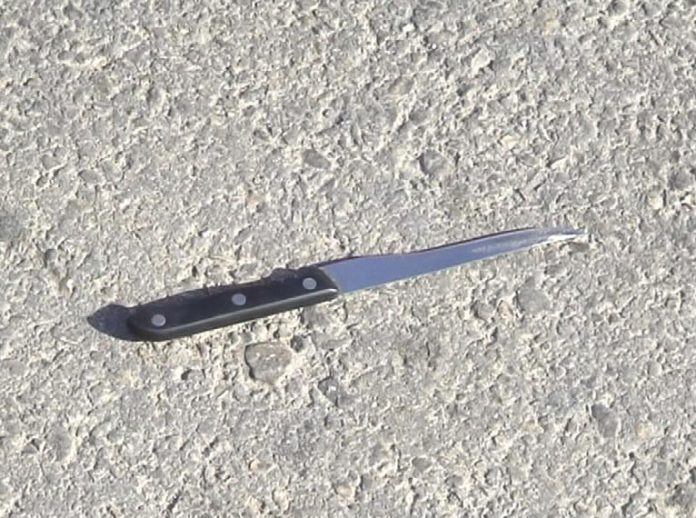 An 18-year-old Palestinian from Nablus in the West Bank stabbed four people inside a hotel lobby and on the nearby beachfront popular with tourists last Sunday afternoon. The victims included three men, two in their 50s, one in his early 70s and a woman in her early 50s. The attack occurred at the Herods Hotel in northern Tel Aviv on Hayarkon Street, along the city’s seaside promenade.

The four were treated on the scene by United Hatzalah and MDA paramedics before being evacuated to Ichilov Hospital in Tel Aviv. The injuries sustained by all four victims were listed as light. United Hatzalah emergency responder Yossi Eckler described the scene when he arrived. “We found two men and one woman lightly injured in the lobby and suffering from wounds in their upper body. While treating them together with other EMTs [Emergency Medical Technicians] from the ambu-cycle unit who arrived after me, we were told of another wounded man outside of the hotel. EMTs promptly ran to treat him as well.”

Shlomi Sagi, the commander of the Tel Aviv Police’s Yarkon District, said the terrorist was overpowered by hotel staff and police, adding “Since we were already deployed in the area, he was arrested within seconds.”

Police then took the 18-year-old Arab man into custody who acknowledged during interrogation that the attack was nationalistically motivated, confirming suspicions the incident was a terror attack.

The coordinator of Government Activities in the Territories Major General Yoav Mordechai has now frozen all daily permits to Palestinians entering Israel after investigators found the terrorist carried such a card. Permits will remain frozen and no new permits will be given until further notice.

Tel Aviv Mayor Ron Huldai said, “This is another painful reminder to the difficult reality we’re living in, particularly on the eve of Holocaust Remembrance Day.” He went on to thank everyone involved in the quick response, which prevented losses. He insisted that “we will not surrender to terrorism.”

The attack came as 20-year-old British student Hannah Bladon was stabbed to death on the eve of Passover by a 57-year-old Palestinian man in Jerusalem.

Ms Bladon, a student at the University of Birmingham, had been on an exchange programme with the Rothberg International School at Hebrew University of Jerusalem since January and was travelling on the tram [light railway] when the attack occurred outside City Hall.

A 30-year-old pregnant woman and a 50-year-old man were also injured in the attack.