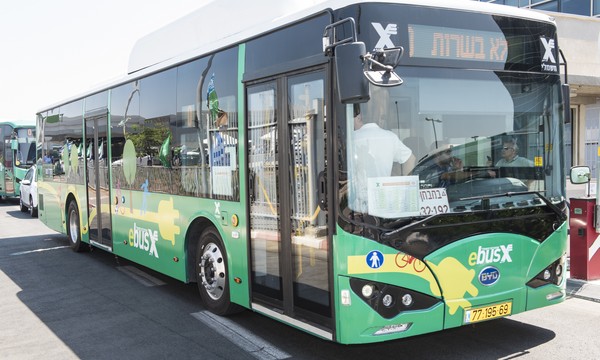 United Torah Judaism are outraged that Ramat Gan City Council are allowing public transportation through the city on a Shabbat.

Ultra-orthodox Party leaders have vented their anger at Mayor Carmel Shama-Hacohen for the approving the decision for shuttle services to violate the Holy day on Tuesday.

In a joint statement, MK Yaakov Litzman and MK Moshe Gafni noted, “Motivated by selfish interests and searching for publicity, the Mayor has crossed the red line, thus staining the city of Ramat Gan with the destruction of religious values and the sanctity of Shabbat.”

Leaders called the decision “shameful and disgraceful” as it overlooked the views of “tens of thousands” Ramat Gan residents who observe Shabbat.

“United Torah Judaism will work with legal experts to prevent the implementation of the disgraceful decision to harm the holy day of Shabbat and the status quo,” they warned.

“It’s my responsibility, I meet with the city’s religious public and go to synagogues and none of the people whom I’ve met, have disagreed with Tuesday’s decision,” he said.

“The people tell me what’s been happening in Ramat Gan over the last seven months since I became mayor is something they’ve never seen before.”

The war of words has hit the headlines in Israel and is set to continue.