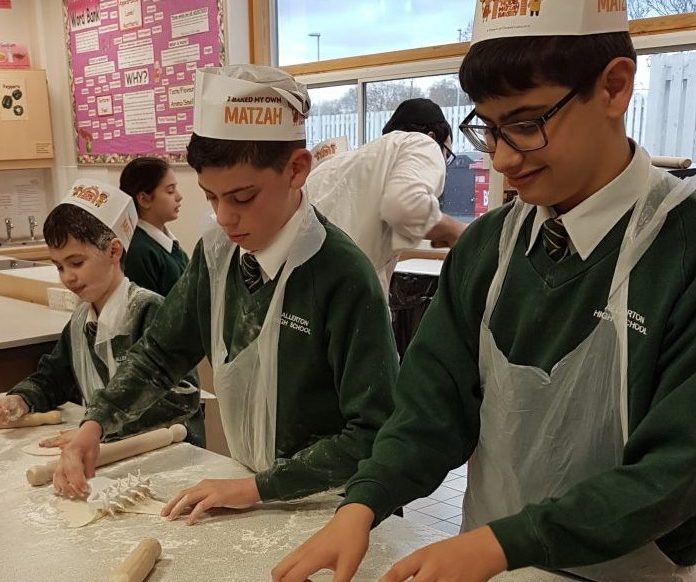 FREEDOM – THE DAY AFTER

The great achievement of Judaism was that it decided not to leave its ideals to theory.

It believed in freedom but didn’t just talk or write about it. It turned it into an event, a public demonstration. It told the tale of freedom and reconstructed it.

Jews re-lived it all, the enslavement in Egypt, the dream of liberation, the emergence into a new free world.

Not that it left it at that. It did not limit itself to a crowd of ex-serfs standing outside the prison gates wondering what came next. It said, “Now you are free you have to have somewhere to go and something to do!”

The test was not just leaving the prison and hearing the gates clang behind the Israelites. The test was what came next.

And that is why the next stage was the journey to Sinai. Sinai gave the free people an agenda: now they were free and now they had a task which would prove what they could do with their freedom. They could regard every other human being as a person with dignity and rights.

Sinai taught them to mean what they said on Pesach, “Whoever is hungry, come and eat with us; whoever is needy, come and share the world” – to say it, and make it into a way of life.

This is freedom in practice, not just in theory. It joins Emma Lazarus in saying the words emblazoned on the Statue of Liberty, “Give me your tired, your poor, your huddled masses yearning to breathe free. Send these, the homeless, the tempest-tossed, to me.”

RESPECT FOR THE EGYPTIANS

Spilling a drop of wine at the mention of each of the ten plagues is said to be a tear of sympathy for the Egyptians.

The Midrash Avkir and the Gemara in Sanhedrin 39b tell us that the ministering angels began to celebrate when the Israelites crossed the Red Sea in safety, but God said, “You dare to sing to me when My creatures are drowning in the sea? Where is your humanity?”

This reprimand is deservedly famous, but few people know what precedes it in the rabbinic text.

The dialogue begins with the guardian angel of Egypt, Uzza, who saw that God was about to drown the Egyptians in the sea and said, “God, You created the universe with Your attribute of mercy – how can You drown my children in the water of the sea?”

God turned to the whole heavenly array and asked them to decide between Him and Uzza. The guardian angels of all the other nations spoke up in support of Uzza but the angel Gabriel went down to Egypt where the buildings and pyramids had been erected.

He removed a brick behind which the taskmasters had placed the body of a Jewish child in order to strengthen the building, and he said: “O God, look at what they have done with your children!”

God and the other angels were shocked. He decided according to the attribute of justice and decided to drown the Egyptians in the sea.

Those who are interested will find this anecdote relevant to the bitter final verse in Psalm 137.

Pesach is marked by the reading of Shir HaShirim, the Song of Songs. Solomon Schechter called it “one of the finest pieces of religious poetry in existence”. Rabbi Akiva said it was “holy of holies”.

How can it be holy if it neither mentions God or religious practice and ethics? If it is religious, either the author masked its nature or it is an allegory – but of what?

Its content is the love of a shepherd boy and girl despite all the hindrances that come between them.

Rabbi Akiva’s characterisation of the book as supremely holy assures us that though the language is sometimes daring, the book brings us into the deepest love affair there is in religion, the spiritual closeness of God and Israel.

In Judaism the book is not a mere song or entertainment, not titillation but inspiration, an articulation of holiness.

Whatever interpretation you choose, there is a dimension that should never be overlooked – the dignity and beauty of nature, which is the setting of the story and shows the splendour with which God has clothed His Creation.

Rebbe Nachman of Breslov said he prayed that every day he would be able to go outdoors among the trees and flowers and open his heart and tongue to acclaim the Creator. He said, “May all the foliage of the field awake at my coming, and send the power of their life into the words of my prayer.”

AJ Cronin said that an old gardener in Italy told him, “I see my cherry trees in bud, then in flower, then in fruit. And then I believe in God!”

The more you read Shir HaShirim, the more you see God’s smile shining from every leaf in nature and every loving impulse in the human heart.