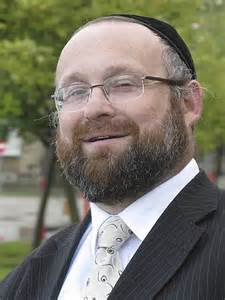 Rabbi Arnold Saunders has won the Kersal by-election for the local council, taking 850 votes for the Conservative party, giving him a majority of 297 votes.

Well known local champion Rabbi Saunders lives and works locally. He has served as the Rabbi for Higher Crumpsall and Higher Broughton Synagogue for over 25 years and acts as Religious Director of Newlands Care Home. Previously he served as a civilian chaplain to HM Armed Forces and the Greater Manchester Army Cadet Force.

Rabbi Saunders is active in interfaith community work, particularly with the Muslim Jewish Forum and the Council of Christians and Jews. A delighted Rabbi Saunders said “I am extremely overjoyed at this great victory and am looking forward to serving all the residents in Kersal, both in our community and the wider population.”

Rabbi Saunders added his thanks to his wonderful team and said “It would have not been possible to win tonight without their dedication. “