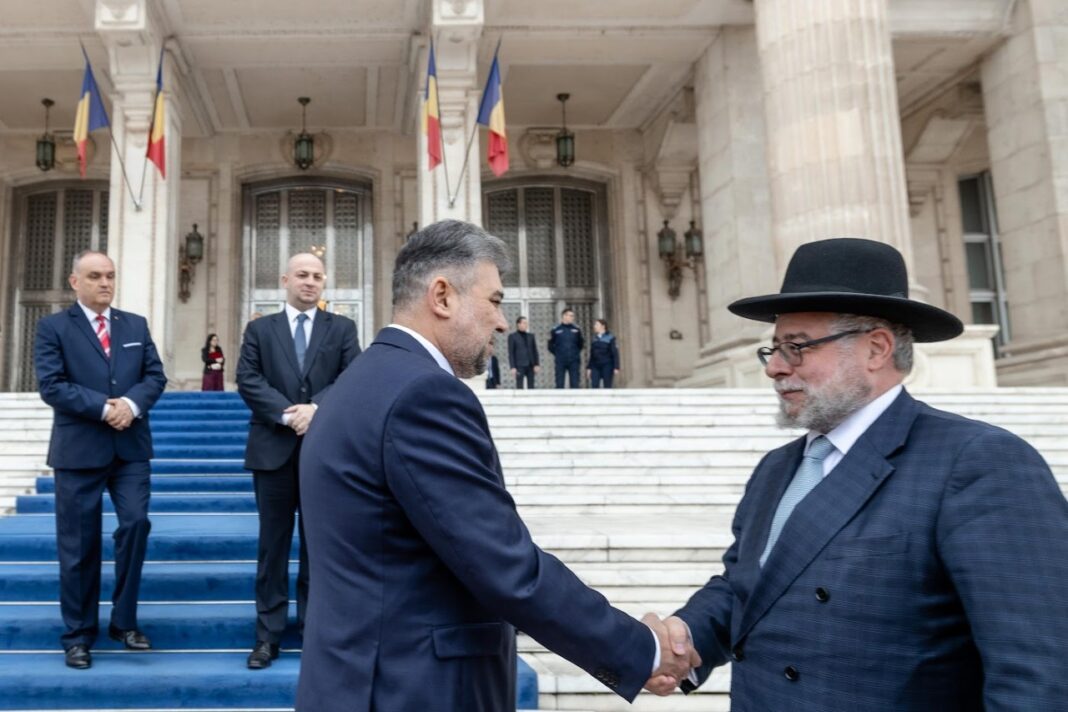 A landmark event for Jewish religious rights today took place today in Bucharest, Romania. The rabbinic leaders of the Conference of European Rabbis (CER), the umbrella organisation representing hundreds of mainstream Jewish communities across the continent, were invited to the Romanian Parliament, where they met with Marcel Ciolacu, President of the Chamber of Deputies of Romania and Cătălin Predoiu, the Romanian Minister of Justice.

Parliament President Ciolacu together with the President of the Federation of Jewish Communities in Romania, Silviu Vexler, signed legislation to protect the practice of Kosher slaughter (Shechita) in the country. Romania now has a specific and explicit law allowing Shechita, a practice vital for Jewish religious life. This is a remarkable, precedent-setting law. Currently, Kosher slaughter (Shechita) is allowed in most EU member states by a derogation from the law.

Silviu Vexler, the President of the Federation of Jewish Communities in Romania, stated: “This new law to protect Shechita as a legal method of slaughtering animals for food stands as shining symbol to other countries throughout the world, to protect Jewish communities and religious rights. I pay tribute to Rabbi Schaffer, the Chief Rabbi of Romania, for his important role in this.”

Marcel Ciolacu, President of the Chamber of Deputies of Romania, said: “I am proud to protect and support the Jewish community of Romania, and will ensure that their life can flourish and remain safeguarded. They can continue to produce and provide Kosher meat, and to practice their faith freely.”

Chief Rabbi Pinchas Goldschmidt, President of Conference of European Rabbis (CER), remarked: “The decision of the Romanian Parliament to enshrine in law the provision of Kosher slaughter is greatly welcome. Romania has an established and important tradition, spanning several decades and even before this democratic age, of supporting Jewish life, be it Jewish education, Yeshivas, and communities. Now, with this law Romania continues its noble path of support for its Jewish community. I hope that other leaders across Europe will follow the initiative of the Romanian Parliament, valuing and protecting the continued future of Jewish life on the European continent. The CER remains at the forefront of lobbying for the protection of Shechita and other Jewish religious rights at the highest political and diplomatic levels.”

Romanian Prime Minister, Nicolae Ciucă, President of the Chamber of Deputies of Romania, Marcel Ciolacu, and the Senate Speaker, Alina Gorgio together with political, civic, religious leaders and Ambassadors were honoured guests at a Gala Dinner hosted by the Federation of Jewish Communities of Romania on the occasion of the Standing Committee of the Conference of European Rabbis (CER)  held in Bucharest on Monday evening. Welcoming the CER to Bucharest, the Prime Minister paid tribute to Romania’s Jewish community leaders and pledged to continue his government’s proud record of support for the local community.

As part of the event, the prestigious Rabbi Moshe Rosen Prize was awarded to the Romanian Parliament in appreciation of this law to preserve the religious freedom of the Jewish community in the country. This historic decision of the Romanian Parliament, to sanction Shechita by law, will ensure full freedom of religion for the Jewish community in the country. 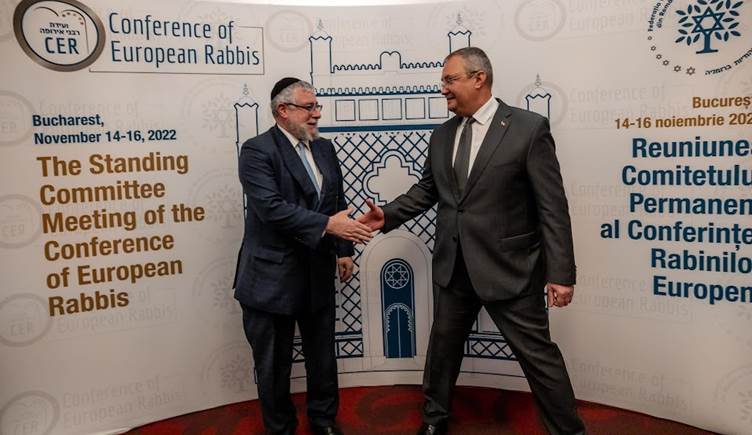