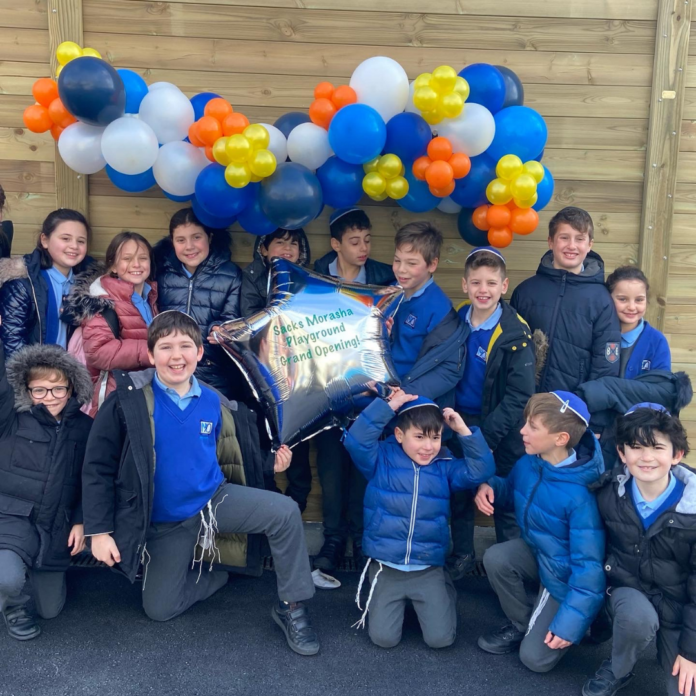 The pupils at Sacks Morasha have arrived back to school after half term to a fantastic new expanded playground. The land which was acquired by the Finchley Jewish Primary School Trust in July 2021, provides an additional 360sq metres of playground space and has undergone a transformation over recent weeks by a team of builders and PTA volunteers. Future plans are in place to include football and netball pitch markings, and a living garden wall.

The new playground was celebrated with a grand opening including live music, dancing and balloons which was met with surprise and delight by all the children.

Jake Joseph, yr 6 pupil said ‘We are all so happy to have this new amazing space to play and run around.’

Rabbi Sager, interim Headteacher added ‘After having lived with a small playground for so long Sacks Morasha pupils were very excited to return to a huge new playground with such an incredible grand opening. This will open a new world and more opportunities to our pupils. With thanks to Jeremy Newman and the Trust for their work in acquiring the land.’

The second phase of works to develop the existing building is due to start over the summer and will accommodate 2 more classrooms, a dedicated SENDCO facility and additional office space.