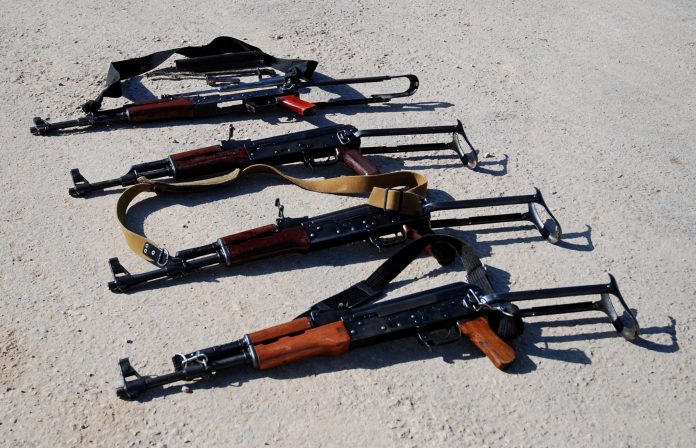 Israel remains on high alert after the mysterious killing of Hamas operative Mazen Fuqaha over the weekend near his home southwest of Gaza City. Whilst there is speculation he was targeted by more radical Salafists in the strip, Palestinian Hamas hurriedly pointed the finger at Israel saying it had all the hallmarks of the Mossad. In an official statement the Islamist movement said “Hamas and its fighting brigades place the full responsibility for this reprehensible crime on the Israeli occupation and its collaborators.” Reports say the assassin or assassins acted calmly, fi ring
four bullets at point-blank range with guns equipped with silencers and left the scene without leaving any trace, probably entering the sea. Fuqaha’s father Mohammad also blamed Israel for his son’s death while he was buried in Gaza. At the same time, hundreds of Palestinians demonstrated in Tubas in the West Bank, which was the hometown of the senior Hamas terrorist. Fuqaha, 35, was sentenced in 2003 to nine life terms in prison for dispatching a suicide bomber during the second intifada. The attacker murdered nine Israelis on a bus at the Meron Junction near Safed in northern Israel. In addition 38 people were wounded on that day in August 2002. But Fuqaha became one of more than 1000 Palestinian prisoners released in 2011 as part of the Gilad Schalit prisoner swap. The Shin Bet insisted that Fuqaha and others would not be allowed to return to their West Bank homes and so was deported to Gaza. However he continued his activities from Gaza, building Hamas cells across the West Bank. The Israeli military declined to comment on the incident.