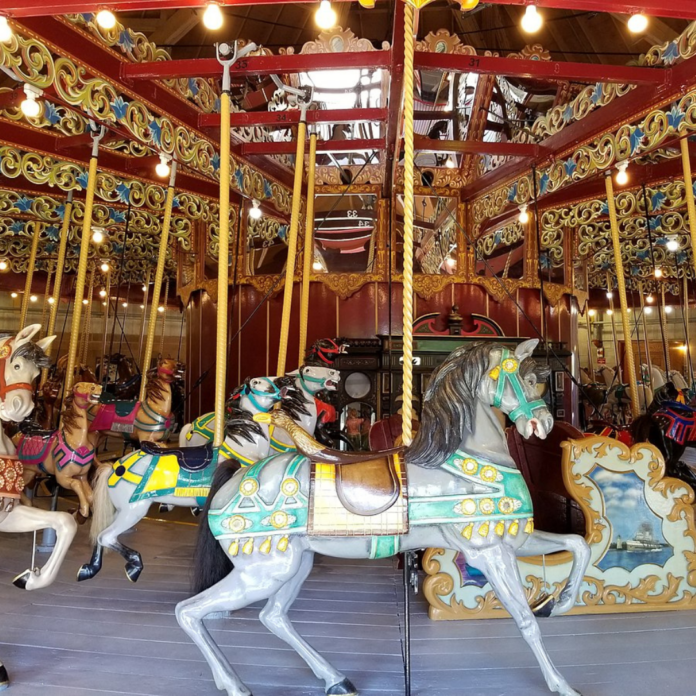 Everything in the Purim story happened so quickly. Out of nowhere, an unknown upstart named Haman rose to power and launched a genocidal plan against the “scattered and separatist Jews”. His heinous decree was issued on the 13th of Nissan and three days later, as Pesach begun, the tide had already turned, and Jewish salvation was upon the horizon. A lot happens in a very short amount of time.

While Haman’s genocide was planned and reversed in a matter of days, drunken parties in Shushan lasted six months. Megillat Esther describes 180 days of intoxicated revelry and round-the clock carousing. These ridiculous and mindless parties bear little impact upon the actual plot. It is true, that the demotion of Vashti clears the way for Esther’s ascent, but very little else about these festivities has any long-term impact. Yet, the Megillah provides a longwinded description of the foods, wines, furnishings, marble tiling, locations, and attendees. Evidently, the parties hold the key to a deeper understanding of the Megillah story.

The Talmud sensed something sinister about these merry parties. It claims that the Jews were threatened with total annihilation because they participated in these lavish feasts. This is an odd “accusation” and an extremely harsh penalty for attending a party. After all, the same section of the Talmud records that strict kashrut standards were maintained for the Jewish attendees. Oddly, the partygoers are reprimanded even though no halachot were violated. What could be so wrong about joining a national celebration? Well, sometimes a party is more than just a party.

An interesting regional shift occurred a few hundred years before the Purim miracle. Prior to this political change, the Mesopotamian region was inhabited by warring tribes- each vying for territorial supremacy. These tribes include many familiar names from the Torah: Amon, Mo’av, Phlishtim, Edom, and Amalek- just to name a few. Around 900 BCE the first regional superpower arose – the Assyrian empire. Several innovations in warfare and weaponry allowed this nation to subdue their enemies and extend their rule over an area stretching from modern day Iran to modern day Egypt. This large territory was soon conquered by the Babylonians – the same people who sacked Jerusalem and demolished the mikdash. Like the Assyrians before them, they too, imposed their iron will and irrepressible military might upon the local cultures. This period – toward the end of the second mikdash – was the age of the great empires. Nothing like it had been experienced in this region.

Through repeated population relocations, the Assyrians conducted a form of ethnic cleansing. Nevuchadnezzar, who supervised the destruction of Yerushalayim, didn’t have time to bother with population relocation. He brought his captives to Babylonia where he forced them to submit to his rules, his gods and his local culture. Under the mighty fist of these two superpowers there was little room for national identity in ancient Mesopotamia. It had been forcibly purged.

During the sixth century BCE, as power shifted from Babylonia to Persia, something changed. Persia, the empire of 127 regions – was the land of plenty and it amicably welcomed outsiders. Everyone nation and race were embraced, and all local customs and cultural habits were respected. Repeatedly, we are told that individual and tribal customs were respected and accommodated. As the Talmud documents, visitors to the party were served their local foods and certainly, no one was forced to involuntarily drink wine (policies quite uncommon for parties of that era). Each group was afforded an eating area which matched their ethnic backgrounds; some partied in gardens, others preferred patios, while still others chose gazebos. Nothing was enforced and every culture was tolerated and encouraged.

Interestingly, we find very little mention of religion and religious ritual. Achashverosh and Haman never invoke their gods, nor do we ever witness any religious sacrifices of rituals. Religion was pushed to the background, because so many religions were represented. Evidently, everyone was allowed to worship in the privacy of their own heart as they pleased…or not at all.

Repeatedly, we read that the “letters” or official decrees were translated into each language and into every imaginable dialect. No one would be forced to read about the genocide in a foreign language. No one would be made to feel uncomfortable in the pluralistic city of Shushan. Instead of imposing one common will or culture upon diverse populations, every identity was tolerated and encouraged. Shushan is the first multicultural city. It was the Netherlands of the 6th century BCE.

Even Haman’s unexpected promotion punctuates the dynamic and fluid socio-politics of Shushan. This no-name foreigner was suddenly promoted to be the viceroy of Persia, despite not belonging to any Persian aristocracy. This is precisely what agitated Bigtan and Teresh, two guards whose conspiracy was uncovered by Mordechai, and who were ultimately hung. They were furious that Haman was promoted despite not being part of the “system”. Haman’s promotion reflects a free-wheeling and democratic society without grounded identity or any orienting culture. Alternate voices weren’t stifled and cultural diversity wasn’t homogenized as in Assyria and Babylonia. Instead, differences were accented and brought to the surface.

There is a thin line between tolerating other cultures and erasing national and cultural identity. Be eliminating any customs, religious rites, or communal groupings, people lost their natural identity “markers”. Human beings deeply identify with the groups they “belong” to such as religious groups, ethnic groups, and cultural groups. If every culture is brought to the fore and accentuated nothing truly matters. The multiculturalism of Shushan scrubbed natural identity and erased any feeling of belonging. Shushan became a carnival of endless cultural diversity but a vacuum of identity. In this international city that never slept every custom and culture was highlighted but none became anchored. Shushan became a carousel of competing interests and swirling identities. No one felt at home in this large bustling hotel.

What happens when all identity markers are scrubbed? What happens when society no longer rallies around religion, race, family or community? In that “identity vacuum” two “universal” values fill the void: sex and money. These universal desires, common to every race and ethnicity, dominate a multicultural city absent of any identity or cultural anchors.
Instead of selecting a wife, Achashverosh conducts a twelve-month rampage in which he methodically rapes young girls from across his empire. It all looks legal and regulated but, in the end, it is just vulgar and repulsive exploitation of girls who have no recourse against this rapacious monarch. Vashti wasn’t summoned for afternoon tea or for a conversation about politics and the economy. We all know, and she herself knew, that she was being summoned to be ogled at by drunken revelers. She refused and she lost her head. Such is life in the cesspool of Shushan.
When people in Shushan aren’t chasing their libido, they are stuffing their wallets. Everything in Shushan has a price tag – even genocide. Haman offered a king’s ransom for the blood of his Jewish victims. After all, everyone respects money and these days, money can buy everything. Fortunate for Haman, Achashverosh has his own stash, so millions of souls are delivered to death- for free. Without any cultural anchors Shushan spirals into greediness and pornography.

The sickening parties are a cyclone storm of gluttony, pornography, and greed. Partygoers spent six months endlessly gorging and drinking. Unable to ingest any more, they forced themselves to vomit, so they could return empty-stomached to the orgy. And all this in wide-open public display- in the courtyard of the king- for every passerby to gawk at. Lying prostrate on marble sofas and drinking from golden chalices, they provided the ultimate crass “reality show”. Who needs production teams when drunk clowns are willing to strut their wealth and roll in their own odor. Welcome to the nightmare of voyeurism where everyone stares at people, their wealth and their bodies. Welcome to Shushan.

No dignified human being belonged at that party. Certainly, no Jew belonged at that party. The moral stench should be enough to drive any Jew far away. The food may have kosher, but the atmosphere was toxic. Spending a minute in this contaminated carnival is unthinkable. Six months amidst this moral chaos is Kafka-esque. No wonder they were punished. Thank God they recovered. Better avoid Shushan’s parties.