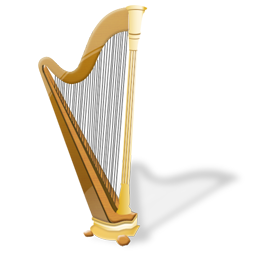 This week’s psalm brings us within touching distance of the end of Tehillim. It is one of the most all encompassing psalms in the whole book of Tehillim, as we praise Hashem for his brilliant creations in both the heavens and the earth.’ As put so eloquently by Rabbi Nosson Scherman and Rabbi Meir Zlotowitz in the Artscroll, ‘all of nature – celestial and terrestrial – join together in a symphony of joyous song to Hashem.’
‘Hallelu-kah, Hallelu et Hashem min Hashamayim, halleluhu bamromim – Praise Hashem from the Heavens, praise Him in the heights’.

Up in heaven,  all the spiritual beings clearly recognize the brilliance of Hashem’s works, and G-d is constancy praised on High. All the angels praise Him, together with the sun, the moon and the stars. G-d established a decree that the sun and moon will shine forever in their set roles, and it cannot be changed.

The very loftiest of heavens praise Him, together with the waters above the heavens. These waters were mentioned in the very beginning of the Torah in Parashat Bereishit, thousands of years before scientist ‘discovered’ that there are vast quantities of ice in various planets.

The sages of the Talmud discussed this fact too, years after King David made mention here in this psalm. So once again we clearly see how the wisdom and genius of the Torah far outweighs science, which changes frequently to suit the era anyway, so can hardly be trusted too much.

King David then brilliantly contrast the upper unseen worlds with the majestic beauty of what happens down below here in this world.  Praise Him all the earth, giant sea monsters and all the infinite creatures in the watery depths. The mountains, hills, trees, beasts ands cattle all get a mention too. Birds and insects don’t miss out. And then we arrive at mankind, kings, princes, judges, young men and maidens. When a person things about just how much Hashem has created and constantly looks after each day, one can only be filled with tremendous awe, and truly turn to praise Him. May we all praise Hashem like we are supposed too and we will feel better about it too.