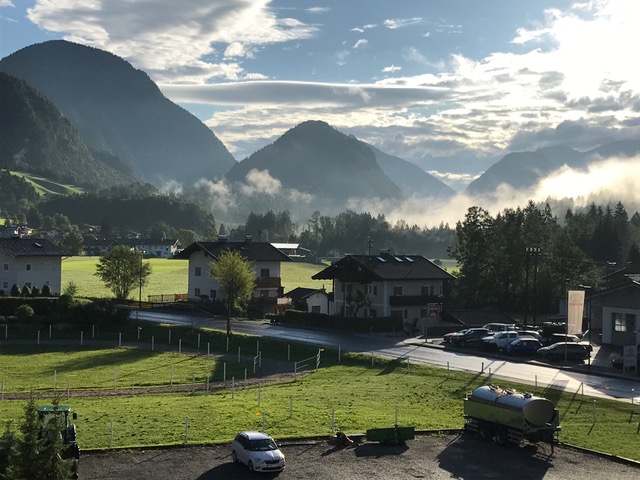 Many, countries around the world have navigated the first phase of the corona crisis, slowly resuming their “routines” after months in quarantine. This shift affords welcome relief, renewed hope and great expectations for a ‘return to normal’. Israeli society has experienced this “return to normal” for the past few weeks but we have realized that, in fact, our “new normal” is still significantly impacted by corona restrictions. Phase two of this medical crisis- the resumption of a semi-normal routine but the realization that this virus isn’t magically disappearing- presents a new set of personal and emotional challenges. Parshat Shelach provides several portraits of human failure and these portraits deliver important cautionary messages about our struggle with adversity.

Lessons from the Spies

The failure of the spies or meraglim isn’t just a solitary or isolated transgression; this disloyalty spurns G-d’s promises, belittles the Jewish claim to Israel, and irrevocably alters the arch of Jewish history. To be honest, the spies can’t be blamed for what their eyes witnessed: a fearsome population, staggeringly large fruits and cities fortified to the teeth. The true crime of the spies was the manner in which they interpreted and presented this data. Life sometimes presents intimidating circumstances and alarming conditions. Optimists and believers always imagine solutions and work-arounds to challenges. By contrast, skeptics and cynics will always highlight the “negative” and obsess about the futility of their predicament.  Rashi cites Calev’s response to the fatalism of the spies: “Even if the land of Israel were lodged in Heaven, giant ladders could grant access.” When a goal is truly important and viewed as “life or death”, human beings marshal resources and generate imaginative solutions. When faced with adversity, do we choose to agonize over the problem or do we commit to creatively devise solutions? The spies chose dread rather than hope.

Additionally, the spies greatly exaggerated the crisis level. Exaggeration detaches us from reality and handicaps our ability to provide poised and balanced solutions. Clearly, the locals of this land were tall and even towering, but it is difficult to imagine that they dwarfed the human spies to the size of grasshoppers. Similarly, the claim of the spies about a land which “consumes its inhabitants” sounds like panicked hyperbole. Perhaps the spies witnessed fierce battles or gruesome deaths, but land rarely devours people and humans can live almost anywhere on the planet. Exaggeration of the facts inflates the crisis, fans the flames of panic and ratchets unnecessary worry.

Finally, the spies confided to their audience that they felt as tiny as grasshoppers. Fear shrinks our confidence and our self-esteem and when we shrivel into smaller versions of ourselves we feel trapped and incapable of resilience and resistance. Courage demands self-confidence and optimism – traits generally uncommon in grasshoppers. We mustn’t allow a virus to shrink us or diminish our belief in the power of humanity. Otherwise we will continue to thrash in the weeds with the other grasshoppers.

The Reaction of the General Population

Of course libel of the spies instigated a mass rebellion amongst the general population who begin to cry and wail, condemning this date of Tisha b’av as a night of perpetual weeping. Complaining or crying tend to demoralize, embitter and disillusion rather than contribute toward a solution.  Ultimately, their petty complaints incited delusional nostalgia. Absurdly, they reminisce about their past lives of luxury and repose in Egypt! Someone once wrote that nostalgia is a process of fishing the past from the disposal, wiping it off, painting over the ugly parts and recycling it for more than its worth. Nostalgia convinces us that our past was qualitatively and radically superior to our present condition. In reality, every stage in life provides unforeseen challenges and offers newly discovered opportunities. As much as we may long for our pre-corona routines, that lifestyle also provided pressures which our current condition may have alleviated. Creating a binary world of black and white contrast between pre-corona and our current world is inaccurate and distracts us from the opportunities of the present world.

Apologetic but unbroken, a determined band of “believers” defied Moshe’s warning and rushed headlong into disaster. Their hasty ascent to Israel was met with brutal opposition as they were massacred. Obviously, their primary sin was flouting a direct order from G-d not to enter at this point. Psychologically, they were driven by impatience and the desire to quickly rectify the crime of the spies. Recovery from a sin of such magnitude requires time and entails a process. Our impatience convinces us that all of life’s challenges possess immediate solutions; the mistakenly assumed the sin of insulting the land of Israel can be instantaneously rectified through fanatical devotion. This rapid turnaround reflects the lack of internalization of the sin and its consequences. We live in a generation which is accustomed to “immediacy”. However, the current medical crisis doesn’t accommodate those unrealistic expectations and will continue to govern our lives for the next few months- at a minimum. It will remind us that many predicaments in life do not offer immediate solutions or rapid repair.

The Mekoshesh who Violated Shabbat

The final “portrait of failure” is the mekoshesh who publicly violated Shabbat and was put to death. This storyline is introduced as having occurred in a nondescript desert because this sin was partially prompted by the harsh sentence of wandering aimlessly in the desert. Once the ultimate destination of Israel was delayed for forty years, specific locations in the desert lost all relevance.  Having forfeited Israel, the mekoshesh – as well as many others – wondered that perhaps the entire system of G-d’s will and His plans was now suspended. The national tragedy was so severe that perhaps the entire relationship with G-d had been ruptured. Without the land of Israel perhaps the Jews were released from Shabbat observance. Perhaps religion is an all-or-nothing proposition. By apprehending and punishing the word gatherer the enduring nature of Shabbat observance and general fidelity to Divine will was reinforced. This lesson about religion also applies to overall life-especially during a crisis. There may be major areas of our lives and of our routines which have been taken out of our control. We have definitely lost much of our experience. However, this loss can’t ‘bleed’ into the areas of our life which we can control.  Loss of control can sometimes be contagious and we often surrender parts of our experience which should still be disciplined and properly managed.