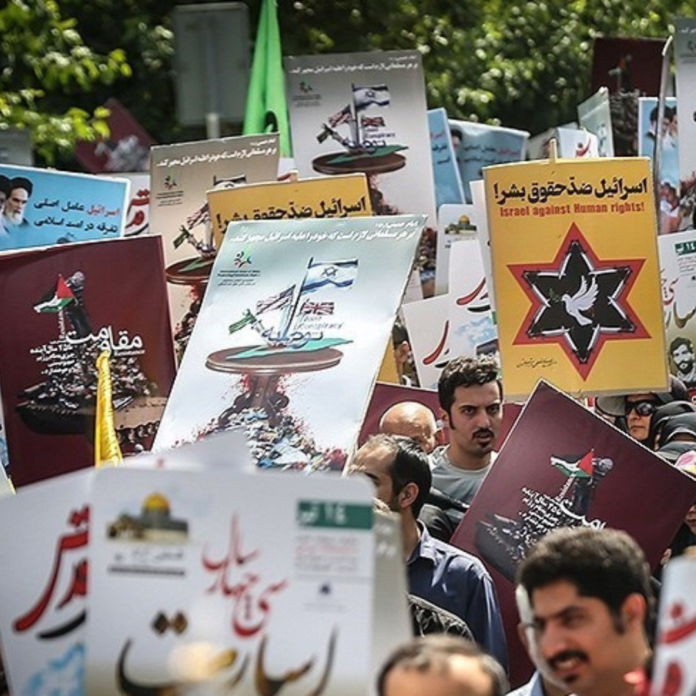 The National Jewish Assembly is extremely concerned that a Car Rally, linked to the Al Quds Day annual traditional march in London, will begin and end on the border with Hendon and Golders Green today (the past Friday), in the heart of the Jewish community.

The event is organised and promoted predominately by the Islamic Human Rights Commission to express support for the “Palestinian cause”.

Although we have been told there will be a visible police presence in the Golders Green area when the event kicks off at 2pm, many within the Jewish community are extremely concerned.

In May 2021, a convoy of vehicles waving Palestinian flags drove through North West London, honking their horns whilst shouting obscenities. In addition, at least 6 vehicles using loud-speakers, screamed abuse at pedestrians and other drivers including “f*** the Jews” and “rape their daughters”.

This move on behalf of the Islamic Human Rights Commission is clearly designed to intimidate not just members of the Jewish community, but also members of the public.

When the car rally ends at 7.30pm the Palestinian waving flag vehicles will return to Geron Way in NW2 on the border with Hendon and Golders Green, at exactly the time when Jewish people will be walking and returning from the many local synagogues in the area, due to the Jewish Shabbat.

We feel this is yet another attempted provocation to cause strife and division between the communities and is totally unnecessary.