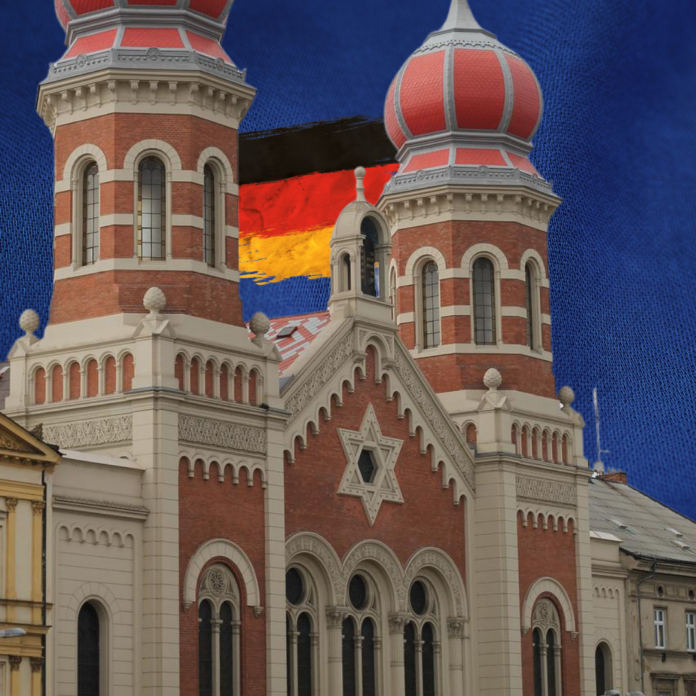 A new Synagogue in Germany will be inaugurated this Sunday, May 22 in Eisenberg (Thuringia). I’m working with a hospital in East Germany that will be opening its own synagogue on Sunday, May 22. It will be offering a full Kosher program for Jewish patients from around the world in the future.

This is a special occasion for Germany, which is very much welcomed in the rabbinic world. It not only sends a positive message from Germany, but also has a great signal effect for the future of Jewish life in Europe.

On behalf of the Waldkliniken Eisenberg, we would like to invite you to the opening ceremony and would be pleased if you could include this special occasion in your reporting.

Internationally, the Waldkliniken Eisenberg is one of the leading hospitals in the field of orthopedics. With its new building designed by star architect Matteo Thun, the municipal facility has been attracting much attention in Germany and abroad since 2020.

The ground-breaking hospital is opening a synagogue on May 22, 2022 at 13:30 o’clock (CET). With its consecration by Rabbi Yitshak Ehrenberg (Berlin), the Synagogue Eisenberg will be officially opened at a special ceremony. We are expecting high-ranking political and religious leaders and representatives from civil society to be among our guests at this inauguration.

Speakers at this ceremony will include:

Following the inauguration, Thuringia will be home to both the oldest synagogue in Europe, the Old Synagogue in Erfurt, and the youngest, the Synagogue Eisenberg.

You will find a press release announcing the inauguration of the Synagogue Eisenberg here: https://presse.waldkliniken-eisenberg.de

Important note: Following the inauguration, we will provide you with photos and video images of this ceremony free of charge at the address noted above.

Your contact for your registration and all media questions about this event and the Synagogue Eisenberg is Ms. Melanie Reilhofer-Bößl who can be reached at email mrb@pp-m.net and phone +49-(0)151-15 26 16 86.