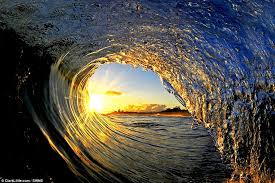 I am not normally given to discussing the finer points of the Oscars! However, this year’s Oscar ceremony made the front pages of newspapers that don’t normally carry news of the winners on their front pages! We all know the reason why. There occurred a ” mix-up” of such monumental proportions that everyone was talking about it for days! The winner of the “Best Picture” category- the Blue Riband of the awards -the Oscar equivalent of the 100 Meters race at the Olympics- was announced.  The winning “team” came up to receive their award and duly started making the customary “acceptance speech”- you know the one- where the tears flow and everyone is thanked from their mother to their maths teacher who first noticed their talent for acting.

As everyone knows, the speech was interrupted by Brian Cullinan, one of the accountants who was tasked with counting up the votes and putting the winner’s name in an envelope. He sheepishly announced that there had been a mistake and a different film was the real winner.

There are many situations in life where someone thinks they have been successful at something only to be disappointed when the truth dawns. One hears of stories of people who thought they had won the Lottery,- only to realise that they had forgotten to  put it on that week. It is often difficult to cope with the after-effects of such a “blow.”

Older readers will remember Jimmy Greaves, England’s top striker in 1966 who lost his place through injury to Geoff Hurst and didn’t win it back for the final. He then had to watch his protégé score a hat-trick, win the World Cup and get a knighthood. It is no wonder he turned to drink for a time! I seem to recall a founding member of “The Beatles” left the Band- saying they were rubbish and would never make it!

A few days after the Oscar fiasco, I read a Dvar Torah which told the story of a man named Reb Berel Cohen of Kiryat Tzanz who “won” the lottery but was then informed there had been a mistake! With great faith, he said that by making him “rich” – albeit for a short time, then as it were, making him poor again, this quite possibly atoned for many sins and he saw it as a “kaparah”! He said that by suffering such a “tragedy” , he may well have been spared illness or even worse! After all, a poor man cannot become poor! It takes great “emunah”- faith to “accept” such a fate and not go to pieces! (The Oscar “winners” though will surely get over it!). Yet many men and women do indeed demonstrate that level of faith every single day. It isn’t easy to say ” It was bashert”- or as we say in Hebrew” Gam zu letovah”- this too is for the good- and is indeed G-d’s will. Everything is divinely ordained- even if we can’t always discern the hand of G-d immediately!