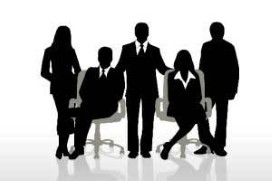 There are very few storylines as dramatic or as harsh as the saga of a ben sorer u’moreh. A wayward adolescent boy exhibits preliminary signs of insubordination, is arraigned by his own parents, and is quickly executed. This situation is so unforgiving that the Talmud Sanhedrin (71a) cites several opinions asserting that this situation never actually occurred. By presenting this exaggerated “hypothetical”, the Torah lessons us about common struggles in our own religious development. No thirteen- year old boy was ever executed for adolescent rebellion. The tale of a ben sorer u’moreh is the religious story of everyman.

The dual label of a ben sorer u’moreh is intriguing. The first part of the label – the term “sorer”- implies straying or drifting. Exploring his world, the boy wanders from the proper course. Some people are born and raised as straight-arrows, rarely veering beyond their narrow and protected “space”. More often, our natural curiosity tugs upon our spirit and draws our attention to the “big show” around us. G-d instilled curiosity and wonder within the human imagination, inviting us to survey our world and marvel at its grandeur. Sometimes our inquisitive spirit takes us to places we best avoid. Sometimes when we wonder we begin to wander.

The ben sorer has veered out of his lane but he is still redeemable. Even when we stray we can always correct our route. What condemns this boy is not his wandering but his obstinacy- he is also a “moreh”. This second term “moreh” describes the boy’s emotional intransigence and his hard-headed refusal to listen to his parent’s guidance. Wandering paths can be corrected, but when the heart is padlocked, the situation becomes irreparable. Without experienced guidance we all spiral into moral free fall.

As we journey through life we face innumerable moral quandaries and dilemmas. If we remain receptive to guidance and moral correction, our path can be adjusted and corrected. Once we shut down and “shut out” voices of potential instruction, we sail adrift.

There are numerous factors which cause us to insulate our hearts against moral input or criticism. Sometimes, we are generally disinterested in spiritual improvement, and we anesthetize our hearts, numbing them to any religious sensation. Sometimes, our pride prevents us from acknowledging the wisdom of others. Still other times, we are too self-confident in our own wisdom and judgement to admit that our judgements may be imperfect. Whatever the reason, when we become afflicted with emotional obduracy, we enter the territory of ben sorer u’moreh.

Within the Jewish world, two very different and polar opposite approaches to this challenge have emerged. One of the defining features of a Charedi lifestyle is the doctrine of da’at Torah. This belief assumes that Torah scholars possess incontrovertible truths, arrived at independent of the rational judgement or logical analysis which most of society employs. Experts utilize science and facts, whereas preeminent Torah authorities are privy to higher forms of wisdom. This higher wisdom extends beyond the classic religious areas of halacha or even moral behavior. The views of Torah leaders should influence or even dictate areas of personal choice such as marriage, finances, public policy and politics. This past year we witnessed an extreme application of da’at Torah, as many Charedi institutions remained open during the pandemic, despite the warnings of medical experts. Knowledge available to Torah scholars is more compelling and authoritative than science and statistics.

By and large, those who don’t operate under Charedi social norms do not impute supernatural authority to da’at Torah. Religious and even moral issues are deferred to Rabbinic opinion, but personal decisions not directly influenced by religion, remain the personal autonomy of each individual or of each community. Decisions are more frequently taken in consultation with experts: medical treatment upon the guidance of doctors, emotional well-being upon the input of psychologists and financial decisions based upon financial advisers.

Those who do not follow da’at Torah face a haunting but important question – Who do we listen to? Have we become too autonomous? Is there too much self-arbitration and insufficient guidance? When is the last time you changed your mind about a religious or moral issue based on a more seasoned opinion of a greater authority? Are we too resistant to input or even frontal rebuke? Is there an authoritative voice in our life whose input and whose opinion we carefully regard before taking important decisions?

Sadly, many sincerely religious people don’t submit to a higher moral authority or to a voice of greater moral clarity. We have fashioned a world of world of self-arbitration and extreme moral self-confidence. It seems that there are three factors in our culture which aggravate this condition:

Democracy grants each citizen political and economic autonomy, liberating each individual to live their life without political restraint or social limitation. Freeing ourselves from external manipulation or suppression, unleashes our greatest potential and preserves our innate human dignity.

However, political autonomy should not be confused with moral autonomy, whereby a person leads their life based on their own values and their own moral discretion. Living in free democracies without built in social hierarchies has led to a world or moral self-arbitration. This approach to life feels more authentic but is more precarious.

In the past, we expected our leaders to be moral role models. They didn’t just represent our political interests or implement our policies, but reflected our best dreams and our most high- minded ideals. Sadly, the profile of political leaders has dramatically deteriorated. For various reasons, fewer and fewer of our elected officials and public personalities deserve to be moral role models. Most citizens no longer expect moral guidance from their elected officials, who more commonly are elected based upon their effectiveness in governing but not upon their integrity. Politics has become more transactional and less existential.

When moral issues are removed from the “public conversation” they fade into oblivion. The vanishing of moral values from the “public commons” creates a vacuum which is filled by individual moral conscience. Input and guidance are becoming lost commodities.

Everyone Is An Expert
Our world used to be smaller. We live contained lives, invested deeply in our relationships and processed our world with resonance and complexity. Our modern world is too swollen and, living in an expanded global village, we encounter far more than our ancestors ever confronted. We probably cycle through more information in a day than previous generations processed in a month. Information not wisdom.

Because of our exposure and education, we feel more empowered to offer our opinions. In our world, everyone is an expert and everyone has a social media platform to disseminate their unearned and unsolicited “expertise”. Over the past year and a half, as we have wrestled with the epidemic, how many “expert opinions” have we been flooded with? How many have spoken “authoritatively” without even a modicum of scientific or of medical background. Life in the “city of experts” leaves little room for guidance and spiritual instruction. If we know everything about anything, or at least, are a few Google clicks away from omniscience, we should certainly be able to personally navigate religious questions.

Is ben sorer u’moreh really just a hypothetical? Maybe it is more prophetic than theoretical.