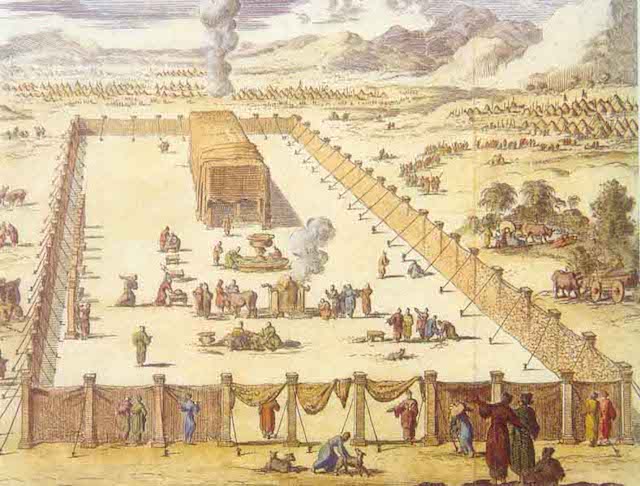 The epic project of constructing a mishkan was an unprecedented feat of human engineering and creativity. Instead of delivering a ready-made, heavenly prepared structure, G-d chose to empower humans to this task. Human participation provided catharsis for the tragic human failure of the egel disaster. The great surge of human creativity in Vayakhel also honored the G-d who had granted them atonement for their prior collapses.

As impressive as human creativity may seem, it arouses serious dangers. Reconciling human creativity and religious submission is not an always an easy undertaking. To be sure, we innately sense that our creative capacity stems from a religious source. How did humans develop creativity and intelligence which no other creature –even angels- possess? How did we develop the imaginative capacity to think abstractly? How did we achieve the ability to imagine worlds which our eyes can’t behold and haven’t yet materialized? These creative capacities are all endowed by G-d-uniquely to humans- as part of our Divine image. Modern efforts to develop artificial intelligence aiming to confer creativity upon machines has only highlighted the power of this incredible gift.

Our creative faculties allow us to soar the heavens and bestride the universe as we fashion our own experience in the image of our own Creator. Expressing these powerful faculties are the greatest fulfillment of Hashem’s will- we crave to imitate our Creator and act in His wake.

Yet, creativity evokes many powerful human emotions, many of which are not easily integrated into a religious minded lifestyle. How can creativity be framed within an overall lifestyle of submissive behavior and compliant thought- each of which lie at the core of a religion?

The first and most obvious religious “framing” is the abiding recognition that our creativity is Divinely endowed. For this reason, Shabbat is once again mentioned in the beginning of Vayakhel, prior to the launch of this historically creative mishkan project. Had G-d not rested after six days of creation, human creativity and even human life would be impossible. Our world would remain in a constant state of flux, as G-d’s infinite creation endlessly unfolds. Instead, He rested and limited His own creation thereby yielding to humans, who effectively partner with Him in perfecting a world He left intentionally imperfect. When He desisted after six days, He effectively “passed the baton” to humans.

The greatest symbol of this “transfer of the baton” is the delivery of fire to Adam on the first Saturday night of history (an event we recall by reciting a beracha on fire every Saturday night). Fire is the universal symbol of creativity, as it provides light, heat and energy necessary to power human activity and industry. In Greek mythology, Prometheus pilfers fire from the gods, and for his crime he is eternally punished and bound to a rock. In the Greek imagination humans are forced to wrestle creativity from the gods. By contrast, the actual delivery of fire to Adam, signals to us Hashem’s desire that humans complement His initial creation with their own supplementary creation. Our creativity is delivered to us by G-d Himself to empower us as His partners!

For this reason in Vayakhel, before human creativity is unleashed, the prohibition of Shabbat is invoked for a fifth time in Sefer Shemot- to remind us that our creativity was only enabled by Divine cessation on Shabbat. It is for this very reason that the mishkan construction – as important as it may seem- be must be halted on Shabbat (as Rashi notes- based upon the juxtaposition of Shabbat and mishkan). Persisting in mishkan creativity on the very day that Hashem desisted for His creation (thereby enabling human creativity) would sever human creativity from its Divine and historical “source”. At a basic level, recognizing creativity as a Divine endowment, allows its integration within an overall religious mind frame.

Acknowledging the Divine role in human creativity is crucial not just in the general sense that these faculties were gifted as part of a Divine master plan. It is crucial to sense the Divine “whisper” during the creative process itself. As imaginative and visionary as we may fashion ourselves, human imagination is always bounded by our finite material reality and the concrete world to which we are shackled. As we aim to create and transcend our current world and its material reality we always “hit a wall”. How do we leap beyond our reality and escape the imaginative prison which ultimately constrains us? In every constructive creative “moment” there is a “parting of reality” to allow an imaginative leap into the unknown and the unseen. That parting is orchestrated by G-d to allow the continuing human journey. Every new insight into Torah is fostered by G-d guiding human imagination. We daily pray for His siyata dishmaya (Divine assistance) in uncovering the logic and secrets of His will. However, Hashem’s role is potent not only in religiously creative ‘leaps’. Newton only discovered gravity because of the Divine assistance which guided his robust scientific mind and persistent scientific efforts. For some reason, G-d only decided to release this crucial knowledge in 1687. It is not sufficient to remember the Divine source of creativity, but also to feel the guiding force of G-d in our moments of creativity and to feel Him as part of the process. He is not just our Creator, He is also our chavrusa delivering knowledge to the human seeker.

Beyond the challenge to trace human creativity to G-d, there are numerous other moral challenges which are just as stiff. Creativity stems from a deep-seated self confidence in our own personal image or reality. The source of creative activity is human ego invoking human talent. Without that confident sense in our own personal truth or “image” we simply “accept” our world without attempting to re-chisel it. Every creative moment is driven by confidence and inner conviction. Creativity doesn’t meekly accept the current state but imagines a different and hopefully better reality which first exists within the confident heart of the creator. The act of implementing that inner thought is a moment of supreme confidence and profound belief in self.

This confidence and sense of self can turn ugly and conceited. The supreme confidence of creative people can sometimes express itself in smugness and intellectual snobbery. Creativity is an empowering experience and its toxin can create cockiness and condescension toward less creative people who sometimes appear less “skilled” or less talented. For those who crave to change our world, behavior which is uncreative can seem inferior and substandard. In reality, creativity is just one of “many skills” and creativity itself depends upon so many “non-creative” capacities. As surpassing as human creativity is, it must be complemented by a range of human character traits such as discipline, structure, commitment, and pragmatism- traits which are sometimes extremely challenging for creative people.

Sadly, we often sense a condescending attitude among creative people toward those who excel in the “non-creative” traits so necessary to anchor creative change. For good reason, the mishkan project was spearheaded by Bezalel, a representative of the tribe of Yehuda as well as Ahali’av- a representative of the tribe of Dan. The tribe of Yehuda constituted Jewish aristocracy while the tribe of Dan hailed from more modest societal roots. Perhaps these very different demographics helped thwart any potential arrogance which may have emerged among these gifted artisans.

When we create, we complete and perfect our own Creator’s blueprint for our word. Expressing this creativity as pious and devoted humans is a steep challenge but one well worth facing.