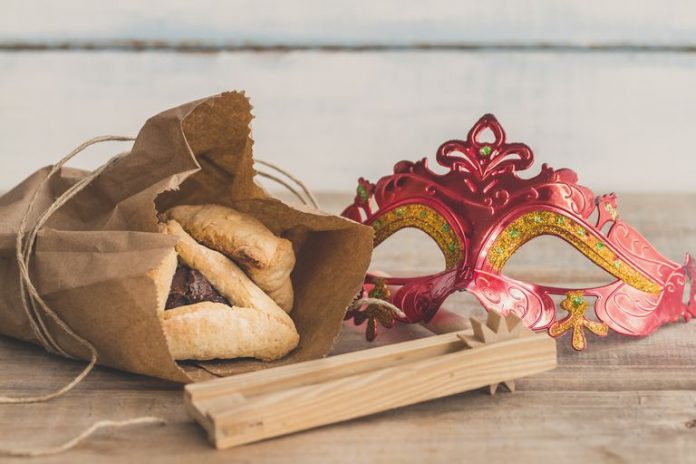 As the miracle of Purim develops, letters play an important role in the unfolding drama. All told, five letters are composed and dispatched. The first two letters frame the odious plot: the first letter which establishes Men as masters of the home and the second letter which decrees the extermination of the Jews. As the tide turns letters continue to drive the narrative: the 3rd letter authorizes Jewish self-defense while the final two letters enshrine the days of Purim as national and historical holidays.

In fact, the authors and deliverers of these letters achieve an almost celebrity-like status. Throughout the Megillah we encounter the sofrei hamelech or the royal scribes while we also witness their partners – the “achastranim bnei haramachim” whose exact identity is vague but who in general acted as couriers. The gemara in Megillah (18a) acknowledges that we read about these strange achastranim without fully understanding their true identity. As long as we possess a general sense of their function our reading is valid. Reading about letter couriers without fully understanding who they were, merely stresses the prominence of these letter transporters. Even though we can’t accurately identify these couriers they still dominate the storyline!!

Based on the literary centrality of “letters” in Megillat Esther, the gemara in Masechet Megillah (19a) concludes that a scroll of Megillat Esther can be crafted in a less “formal” fashion that an actual sefer Torah. Since Megillat Esther is referred to as a letter (igeret) it can be produced in a less conventional and less formal manner. Typically, parchments of a sefer Torah are woven together with sinews from kosher animals (giddin). By contrast, a Megillah can be woven with synthetic threads as long as the overall book has at least three kosher sinews. To retain the informal status of a “letter” the Megillah can be manufactured in a more lenient fashion than a sefer torah. Elaborating upon this gemara, the Ramban (17a) allows certain leniencies in the actual reading of the Megillah opposed to a more rigid reading from a sefer Torah. For example, the Megillah reader may pause in mid-sentence without preserving the actual sentence structure. Similarly, Megillat Esther is folded rather than rolled into a formal scroll!! The status of Megillat Esther as a ‘letter’ impacts the halachot of its construction as well as its recital. Evidently, the halachik identity of Megillat Esther as an informal letter reflects the importance of letters and letter-writing in this actual narrative of the Book of Esther.

To fully gauge the miracle of Purim it mustn’t be evaluated in a historical vacuum. Though its exact date is unclear, our Chazal place it firmly within an interesting 18-year window of history. 70 years after the initial destruction of Yerushalyim, but only 52 years after the final demolition, Koresh the Persian monarch authorized the rebuilding of the Beit Hamikdash. Though the project was launched with much fanfare, it met with very stiff resistance from antagonistic local inhabitants opposed to Jewish expansionism. Facing anti-Jewish pressure, Koresh suspended his authorization and the project lay dormant until 18 years later when Darius II re-authorized the mission. Within this 18-year period of “stalled redemption” the miracle of Shushan occurred. The miracle in Shushan provided a second national thrust and completed a stalled redemptive process. The miracle of Purim doesn’t occur in a historical bubble but participates in the national recovery from the tragic exile some 60-70 years earlier.

When the Jews were expelled from Jerusalem, they forfeited more than just their Mikdash. They lost sovereignty, land, army, culture and Jewish identity. One vital aspect of human identity is language and the Jews suffered a linguistic “denaturing”. As the Jewish people were no longer relevant, their language became insignificant and even obsolete. For this reason, the entire book of Daniel and the first half of Ezra are written in Aramic because the Hebrew language had lost relevance. The books of Tanach which describe the Jewish decline are written in a foreign language!

The irrelevance of Hebrew during this period is punctuated by the letter-writing of the Megillah story. The first two letters of Megillat Esther are translated into every language imaginable – except for one. It was crucial that the entire kingdom of 127 provinces understand the domestic status of the husband as well as the genocidal decree against the Jews. To insure universal comprehension these letters were interpreted by vast teams of scribes and translators. However, these letters weren’t translated into Hebrew because the language and the culture which had produced this language seemed irrelevant. Jews had sunken into worthlessness and their “national plight” is mirrored by their “linguistic plight”. At their darkest moment the Jews have no future and no language.

Suddenly, events transform and HKB”H intervenes on their behalf. As they are redeemed, their hopes rise and their future becomes ascendant. Now that the Jews have national “horizons” their culture once again is relevant, and their language is restored. The 3rd letter of redemption authorizing Jewish self-defense are translated into every language INCLUDING Hebrew: v’el hayehudim kichtavam v’chilshonam (Esther 8;9). As the nation arises their language once again becomes relevant and the translation of letters into Hebrew signals that surge.

The cultural impact of translating letters into Hebrew should not be underestimated. Letters and letter-writing very much represented the pulse of the burgeoning Persian empire. The previous two centuries had witnessed the emergence of the first multi-regional empires stretching across vast tracts of land and including different cultures and ethnicities. The Assyrians stretched their empire across the entire Levant while The Babylonians extended their regime to Egypt in the south and to modern-day Saudi Arabia in the east. Of course, the Persians greatly extended the global sweep of their empire of 127 provinces from Hodu to Kush.

To maintain these vast empires by conveying royal decrees, letters and missives had to be dispatched. No longer could personal messengers travel across a kingdom to verbally convey the royal wishes. Letter writing became essential to maintaining authority and the letter writers became an important part of the political establishment. Nevuchadnezar, who would ultimately dominate the entire ancient world began his career as a courier in the Assyrian army. Evidently, the appointments of letter-writing and letter-delivering were so prestigious that they were inherited. A person could only function as an achastrun if he were the son of a ramach!! Interestingly, in response to Esther’s plea to rescind his heinous letter of genocide, Achashverosh claimed that once a letter is issued it cannot be rescinded. The royal authority of letters and written decrees must remain impregnable and unassailable so that subjects of an empire scattered across the globe would strictly and unconditionally adhere to any royal command. Rescinding a letter would topple the long-distance authority which was necessary to maintain an extensive empire.

Letter writing was the ‘tech’ of that day and those who drove this rising field became cultural icons. When belligerent letters are translated into every language but Hebrew it is obvious that Jewish identity has become impotent. The Divine redemption spurs a revival of Jewish language and the first stages of reconstructing Jewish identity. To capture this drama – the original absence of Hebrew translation and the eventual revival of Hebrew- the Megillah stresses the letters and the letter writing.

Upon his final return, Ezra ultimately reworks the Jewish language by switching the original fonts of the Torah with new fonts knows as ketav ashuri (our current-day Torah fonts). Ezra – who himself was a scribe- had a keen sense that the return to Israel must be accompanied by a revival of the Hebrew language. This renewal demanded a reconstruction of the fonts of the Hebrew language.

Returning to our homeland and to our history entails a complete rebuilding of Jewish culture and identity. As language is essential to identity the restoration of the Hebrew language is key to the revitalization  of Jewish identity.