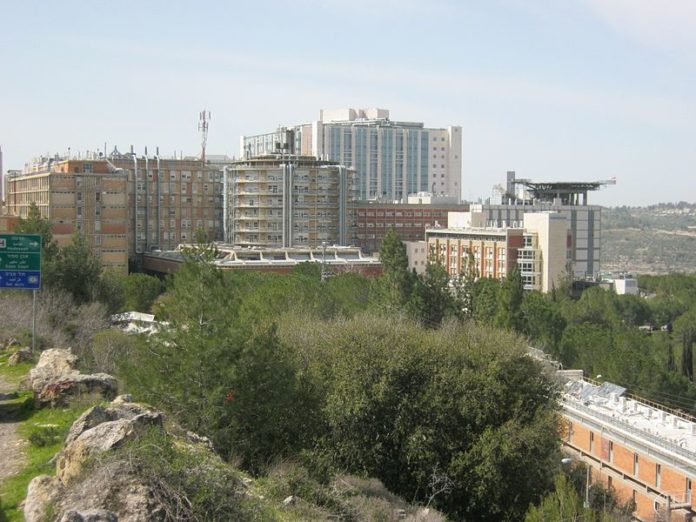 Israel’s beleaguered travel industry had positive news today with an announcement that travellers from ‘green’ countries do not have to undergo a quarantine period if coronavirus cases are low.

Tourism Minister Asaf Zamir welcomed the news. “The skies should open as fast as possible,” he reportedly said. Transportation Minister Miri Regev backed the decision as “important news” for the aviation industry.

Current data shows 33,377 patients are battling the deadly virus, 315 are in serious condition with 490 fatalities to date.

Coronavirus czar Prof. Ronni Gamzu announced his ‘Israel Protector’ plan in the fight against the pandemic.

Israel Defence Forces will mount the country’s contact tracing program as they have the technology, tools and ability to do so.

The IDF’s Home Front Command is “at the heart of stopping the pandemic”, Gamza reportedly said at a press conference. Noting the importance of wearing masks, Gamza confirmed virus testing would be increased to 60,000 people daily within two months and up to 100,000 by the winter months. Transparency would also be more forthcoming.

A ‘green’ city enables restaurants, theatres and businesses to be open. Cities marked ‘yellow’ are in danger of an outbreak, a ‘red’ city has a confirmed outbreak and will be managed at national level.

Meantime, MK Yifat Shasha-Biton has been sacked as head of the Knesset’s coronavirus committee after allowing gyms to re-open against a government ban.

Shasha-Biton blamed Netanyahu for attempting to stop discussions within the party.

“This is a decision that aims to prevent listening to the public and making other voices heard,” she reportedly said. “I am glad that I opened the committee to the public with transparency, seriousness and full care. I pledge to continue to do so in the future, wherever I may be.”

“Shasha-Biton fulfilled her role honestly, thoroughly and for the benefit of the public. Her punishment, Bibi fired her,” Lapid reportedly noted on Twitter.

In related news, a second wave has seen a number of hospitals reach its occupancy limit. They include Hadassah Ein Kerem and Shaarei Tzedek Hospital in Jerusalem.

“The difference this time, though, is that the infection rate is high in all the population groups in the area. This includes East Jerusalem and all neighbouring localities. If in the past the outbreak was in specific neighbourhoods, today the outbreak is happening in every neighbourhood in the area.”

“There is a finite number of medical staff,” added Weiss. “Those same staff have to care for both those ill with coronavirus and those who suffer from other ailments, and these two groups are quite significant in number.”

Meanwhile, the High Court of Justice has ruled that workers not having the coronavirus in quarantine are ineligible for sick pay.

The judgement followed a petition by the Manufacturers Association that financing should not be an expense of employers after former Director of Public Health Prof. Sigal Sadetsky called for employers to compensate workers in quarantine.

The ruling comes into effect after September 30 allowing the government to adjust legislation.

“This change of balance, which has ramifications for employment rights for both sides, is not the sole jurisdiction of the Health Ministry, but that of the legislator,” judges reportedly ruled.

Israeli MKs in the Knesset’s coronavirus committee have voted to reopen cultural centres.

“We want an outline that would allow events to take place indoors and outdoors, but mostly outdoors,” Shasha-Biton reportedly said before a debate. “We are here to find the best way to open up the industry. Let’s talk about ‘how’ and not ‘if.'”

The debate focused on the future of numerous industries including music, film, television and theatres that have been closed since the onset of the pandemic.

“The expression ‘the show must go on’ has lost its meaning,” Tzipi Pines, Beit Lessin Theatre general director reportedly noted. “We are not talked about, they talk about resuming flights but not about bringing us back. If it continues, we will never be able to reopen. So far, we have been polite. I do not want to say that we will open up against the orders, but it is a rebellion.”

Prof Grotto, who supports a partial reopening, noted that plans are in development and would soon be presented to the government approval.

Israel’s cabinet, meantime, has approved a plan for a grant for citizens to help boost the economy.

Netanyahu said the measure would be passed to the Knesset for “lighting legislation” to get grants to citizens “as quickly as possible.”

“We are also working on additional plans to encourage the economy and channel funds to those who have been hurt by the coronavirus. We will continue to move the wheels of the economy in order to put people back to work,” he reportedly added.

A Covid-19 forecast model developed by Ichilov Medical Center predicts between 390 to 550 patients in serious condition if the coronavirus rate keeps at its current rate by mid-August.

Two weeks ago, the model predicted between 282 and 338. According to data by the Health Ministry the number has reached 311.

“It is a model that looks retroactively at the connection between infection rate, new cases and serious patients reported a week later,” Prof. Eli Sprecher reportedly explained.  “The model cannot predict the development of the infection over a period of months, but it can do so over a period of weeks. This usually provides the hospital with time to prepare for the arrival of new patients.”

“This pandemic is not one dimensional. The state needs to prepare for a variety of cases, not only patients in a serious condition,” he added.

“HMOs are overburdened and there is a serious need for better epidemiolocal studies. We need to know how many people we need to investigate once a person is diagnosed as the virus carrier.”

Prof. Sprecher continued, “Personal discipline and adherence to social distancing are of the utmost importance. But what is also needed is a large, efficient and mostly fast way of conducting epidemiological investigations. These two things are needed to keep improving the efforts in the battle against the virus.”

Thousands of Israelis held demonstrations across the country against Netanyahu last weekend including one outside his official residence in Jerusalem.

Protests have been ongoing against the government handling of the coronavirus crisis and Netanyahu’s ongoing corruption trial.

The event was among a series of demonstrations across the country.

Last week a number of rallies turned violent with police clashing with protesters and arresting dozens. Police were forced to use water cannons and tear gas to disperse crowds.