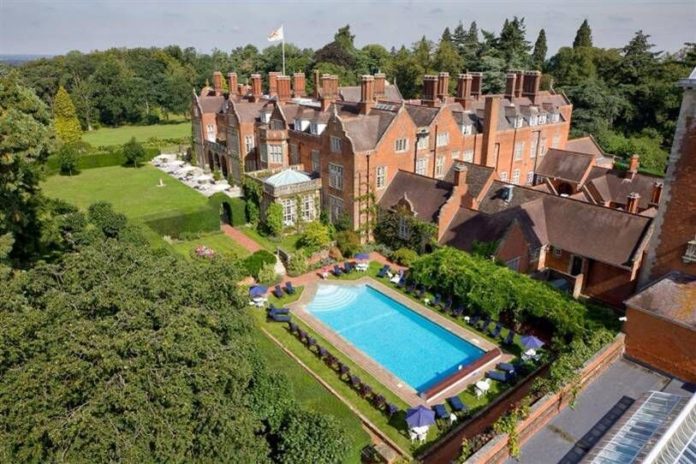 Hampshire is a very popular place for Londoners looking to escape the metropolis and breathe in the fresh country air. There are some well-known spots that the masses flock to – the New Forest and it’s ponies and scrub for one, the ports of Southampton and Portsmouth and Winchester are others. Families tend to stick to the same places. The tried and tested attractions are all very well but when I leave my home, I’m looking for somewhere nicer. It’s got to be good. With young children it’s often the case that either the adults or the children must compromise. I prefer to do my homework.

I pride myself in finding the really special places, the ones that a little well-targeted research finds. There are plenty around and the popular places often sit on their laurels and end up disappointing on a price to quality ratio.

I’d originally been looking for somewhere near Peppa Pig World – a place that I’d dreaded going to the first time around but had been pleasantly surprised by. Instead, we decided not to travel as far this time. Just over an hour out of London up the M4, past Basingstoke to Tylney Hall, a luxury country house hotel in the small North Hampshire town of Hook.

Sam Aziz, the wonderfully welcoming and knowledgeable General Manager told me ‘we have some guests who, when in the UK, only stay here and at the Ritz’. Driving up the sweeping, tree-lined driveway, beautifully manicured gardens as far as the eye can see and then a glance of the majestic, pristine, Victorian, Grade II listed mansion, are a glimpse of what’s yet to come and of what draws these most discerning of guests. 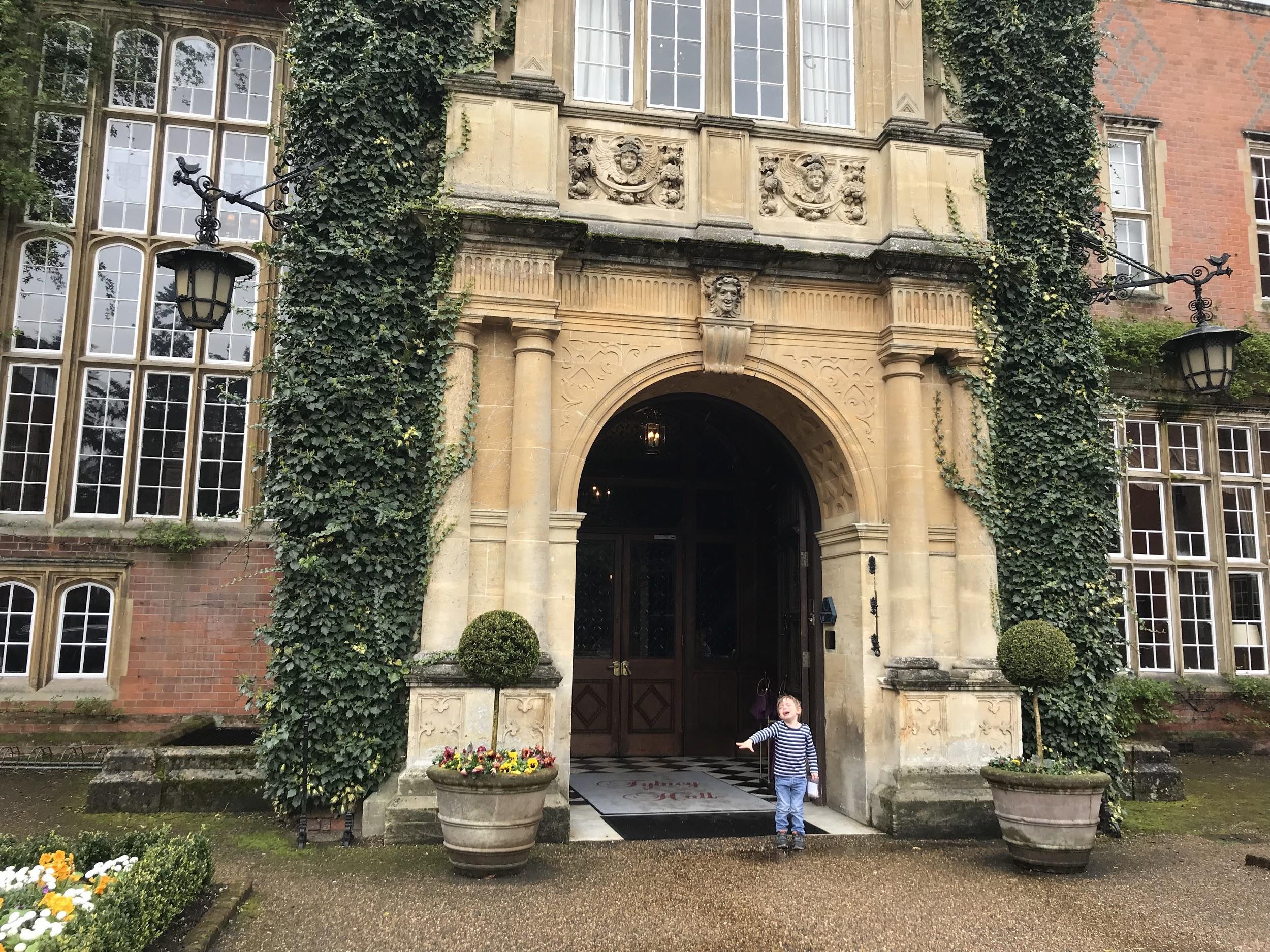 The vast doorway and entrance arch leading to a walnut panelled hall and staircase with floor to ceiling windows are a sign of understated luxury of a bygone era. This isn’t just skin-deep either. Some places look good but then fail miserably. Service is bad, rooms aren’t clean and standards are all over the place. Well, this isn’t the case here. Tylney Hall raises the bar and keeps it firmly high. 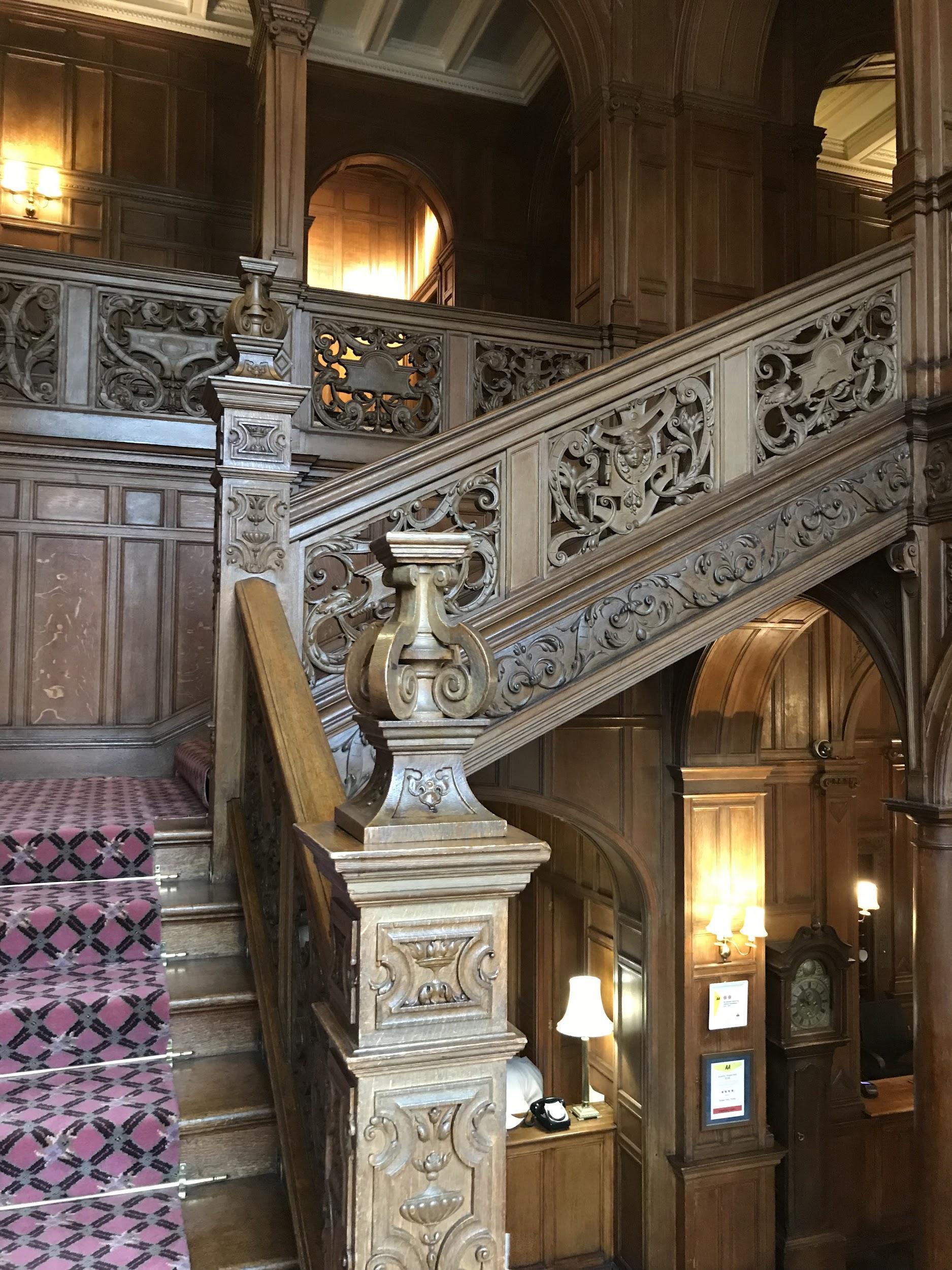 We checked in and ventured up the grandiose staircase to our Mansion Suite, situated in the main house, overlooking the entrance; a situation that would normally be taken as a disadvantage. Not so here. Huge Victorian, heavily curtained windows give way to a sensational view on to the gardens below and down the drive to the golf course and beyond. It’s hard not to feel majestic.

The suite of two adjoining rooms, with our lounge becoming a very spacious room for the children, immediately felt like home away from home, just much better. The children’s eyes lit up when they spotted their welcome goody pack; a Tylney Hall backpack complete with colouring books and colours, jigsaw, a Tylney Hall fluffy toy duck and most importantly a bag of duck food to feed the real ducks on the estate. A tray full of irresistible goodies to eat and drink awaited us all. 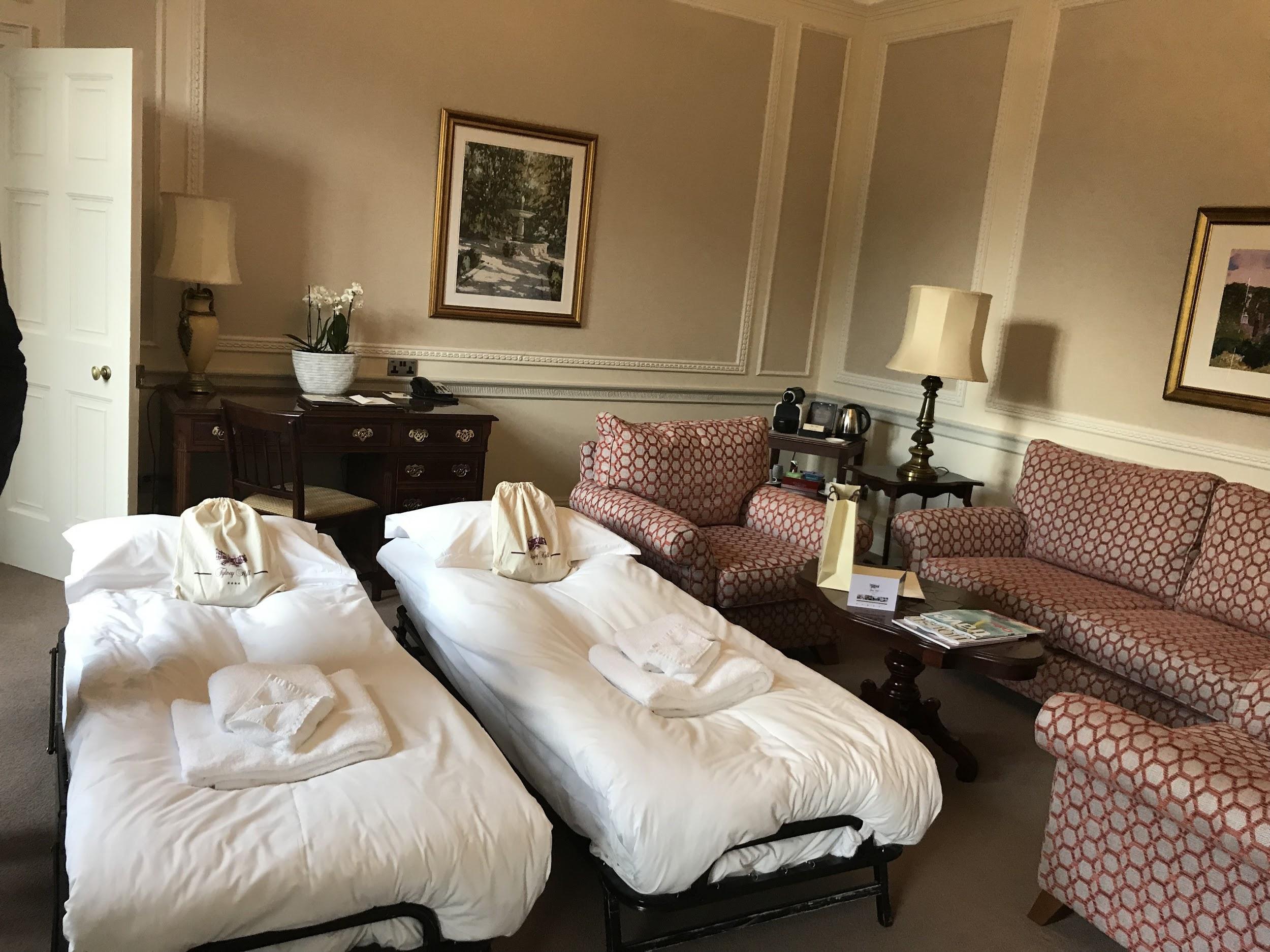 The children’s beds, dressed with crisp white bedding, looked so inviting and elegant sofas, a coffee table laid out with the latest magazines to read, a flat screen TV and Nespresso machine were nearly enough to have us turning in for the night! Looking at a map of the estate and its award-winning gardens, we realised that this was destination in itself, with so much to do and see within the hotel and grounds alone that even if we managed to leave the comfort of our rooms, we wouldn’t be venturing too far!

Our bedroom didn’t disappoint either. Being luxurious, yet refined and leading to a spotless, modern bathroom with a deep whirlpool bath and Molton Brown Toiletries.

Tylney Hall is steeped in fascinating history. The Tylney Family built it in the 1700’s. In 1898 Lionel Phillips, a Jewish mining financier of South African origin and a man who later became a Baronet, purchased it for £77,000. He spent freely, building the Great Hall, partially panelled with Italian walnut and a popular wedding venue for the hotel today, as well as importing sections of ornate ceiling from the Grimani Palace in Venice. Little expense was spared. During the First World War, it was used as a hospital, changed hands twice more, before becoming a school in 1948 and a hotel in the 80’s. 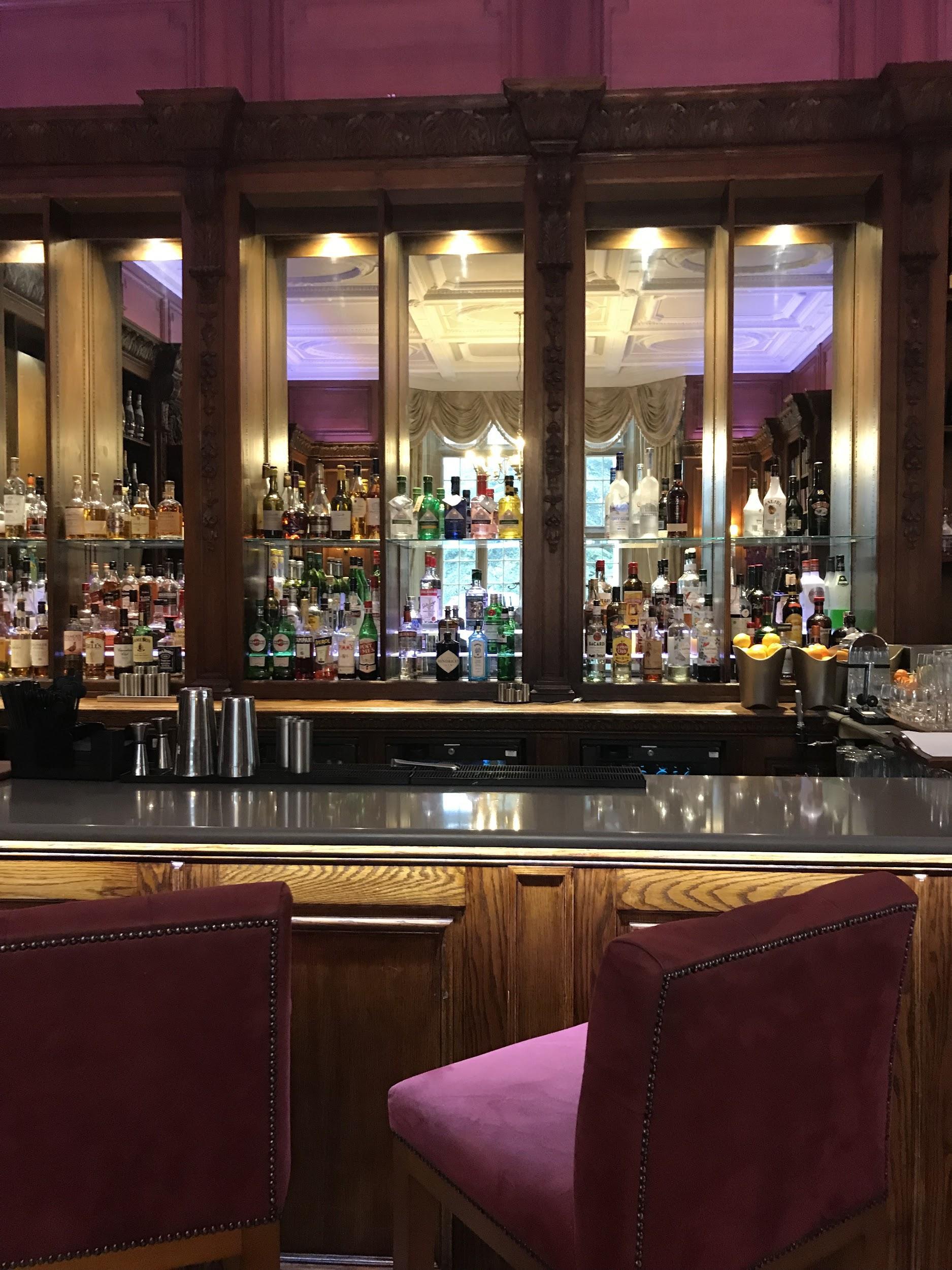 All this we learned over drinks in the newly refurbished Library Bar. Each lounge and drawing room at Tylney has been lovingly restored, each with a different feel but all retaining an elegance of yesteryear but with the comfort and luxury of today.

A theme that runs throughout is the view from any window. The gardens here have been lovingly and painstakingly restored since 1985 and are truly exquisite. Horticulturalists will be keen to know that guided tours can be arranged.

Something that appealed to us was the focus on family here. Children under 2 stay free, children under 8, just £10 per night then up to 16, just £15.

The hotel goes out of its way to please smaller guests, offering a treasure hunt in the grounds, an organic children’s menu, free bike hire plus, of course, there are all of the other activities to keep even the fussiest guests busy, from mile after mile of exploration trails to use of the indoor and the especially appealing outdoor pool, found resplendent in the walled garden and heated from May onwards. From clay pigeon shooting to tennis and golf, you are spoilt for choice and pampered throughout. 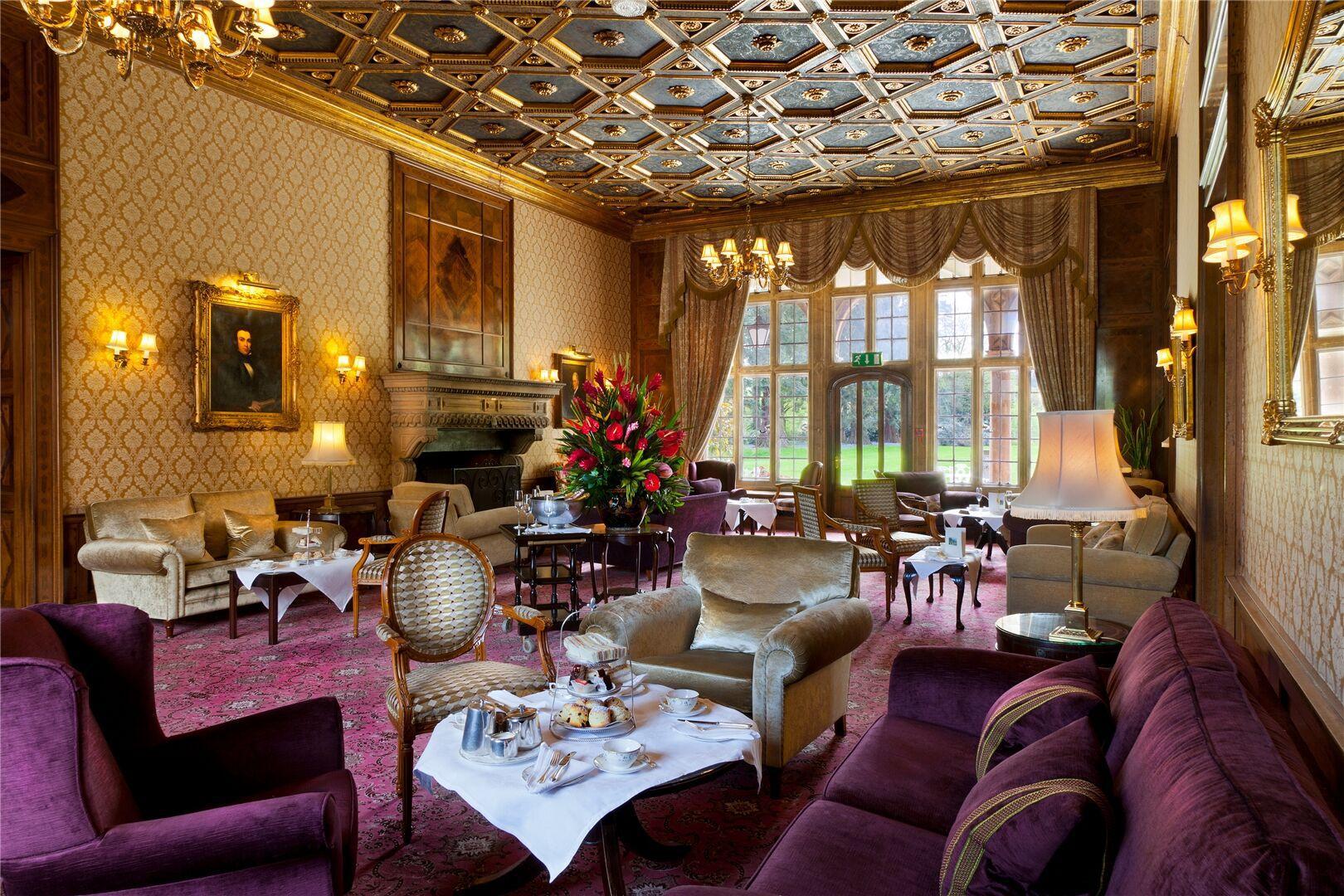 Afternoon tea here is a popular daily pursuit, whether enjoyed by the fire or on the terrace and the Oak Room restaurant, so named for its impressive oak panelling, is an opulent room, so romantic at night, with its domed ceiling and the perfect backdrop for mouth-watering meals. Luckily the children behaved well, most of the time and the staff were gracious, kind and supremely accommodating.

We tore ourselves away just once, leaving Peppa Pig World for a sunnier day, we headed to Milestones Museum in Basingstoke, a short car journey away. Now, I’m generally no fan of museums, having frequented them a little too often as a child but this museum of living history is akin to visiting a film set. Streets lined with realistic mock-ups of day-to-day life, going back as far as the Victorian Age, from a working printing mill to a 1940’s sweetshop selling real sweets, paid for with ration books, it is absolutely fascinating. You feel truly as if you are stepping back in time. 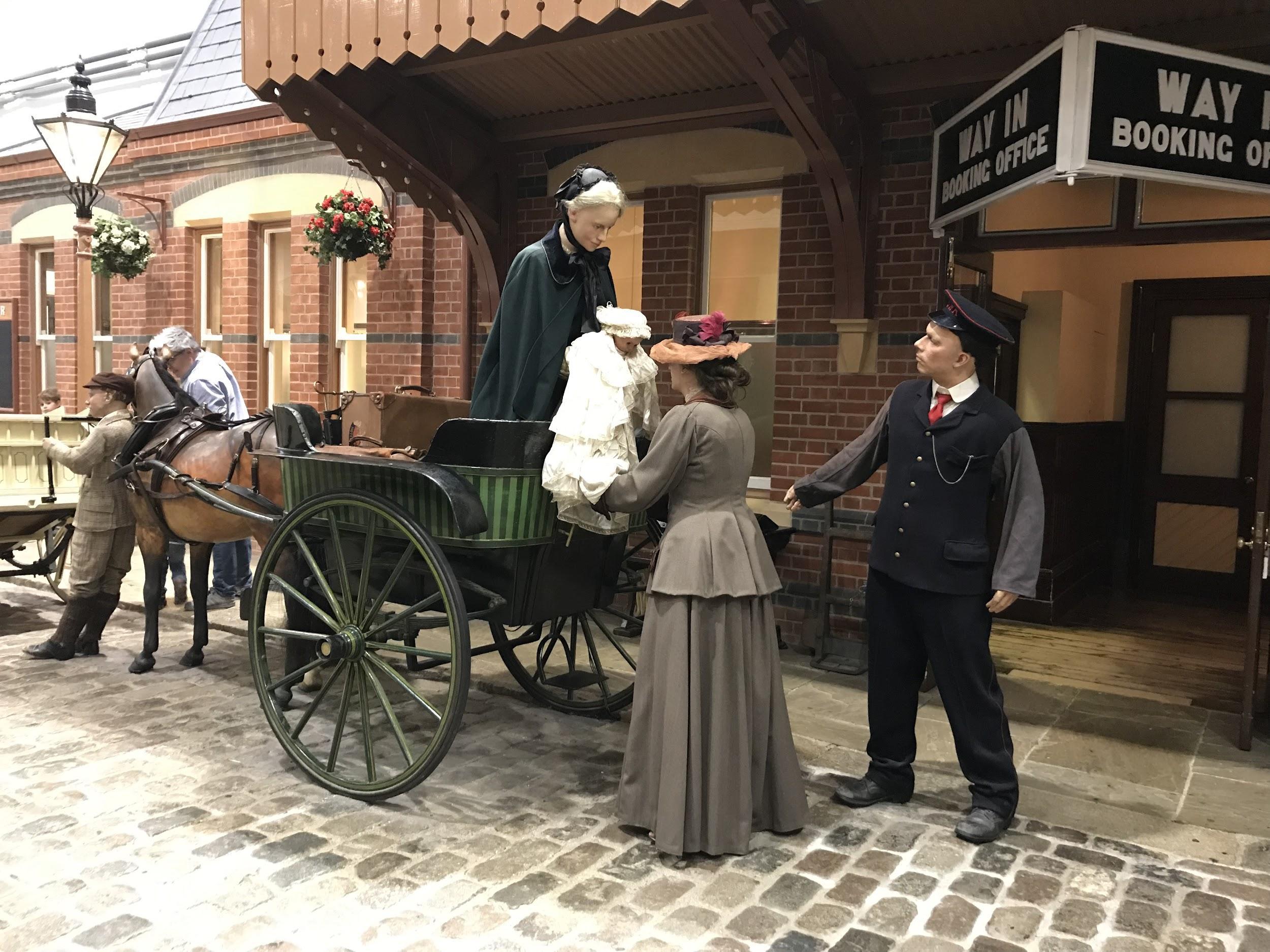 On the way back to London we spent the day at Legoland. A far cry from my last visit decades ago, it has really become a place worthy of its huge popularity. Now it isn’t cheap but Modern day Legoland now with its own app that lets you book your rides and hence avoid queuing is a child’s dream. Split in to twelve colourful and exciting theme lands, with over 55 rides, you can see why they needed to build accommodation! We only just managed to pack everything that we had wanted to do, into our day. It did help that we had Q Bot, an additional paid extra app, which cuts down your queue time though and something that I would thoroughly recommend for those who aren’t blessed with patience. That said, there were many rides with little or no queue later on in the day. Lego Ninjago land was definitely my highlight, let alone that of my 3 or 7 year old. The Ninjago ride, a 4D interactive ride that tests your ninja skills and has the whole family fighting off the baddies, left me feeling like I had gone ten rounds in the boxing ring! Fun and very active, the 4D effects are out of this world. 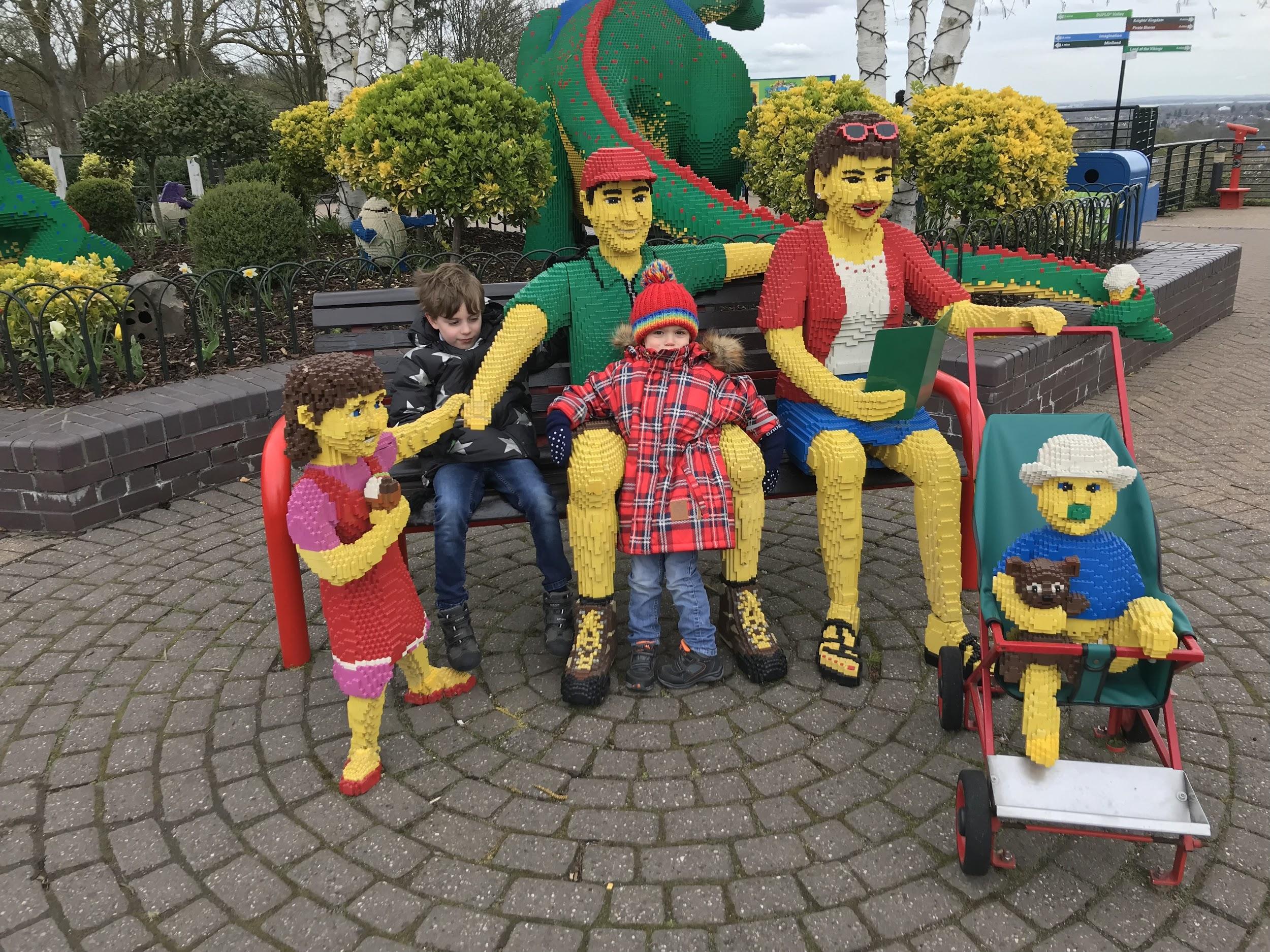 Lego City was a firm favourite with both boys and the age appropriate driving schools a huge hit, as was the Fire Academy, which turned out to be a fast and furious race between families in individual fire engines!

I could describe each ride, each theme land, but there’s magic in discovering it for yourself, even as an adult. There are lots of surprises, something for everyone, whether you are still grappling with Duplo or designing complex cities! Just make sure that you give yourself plenty of time. Much to my disappointment, we were too early for the opening of the new and Haunted House. Legoland isn’t cheap but it’s the full package and well worth it. 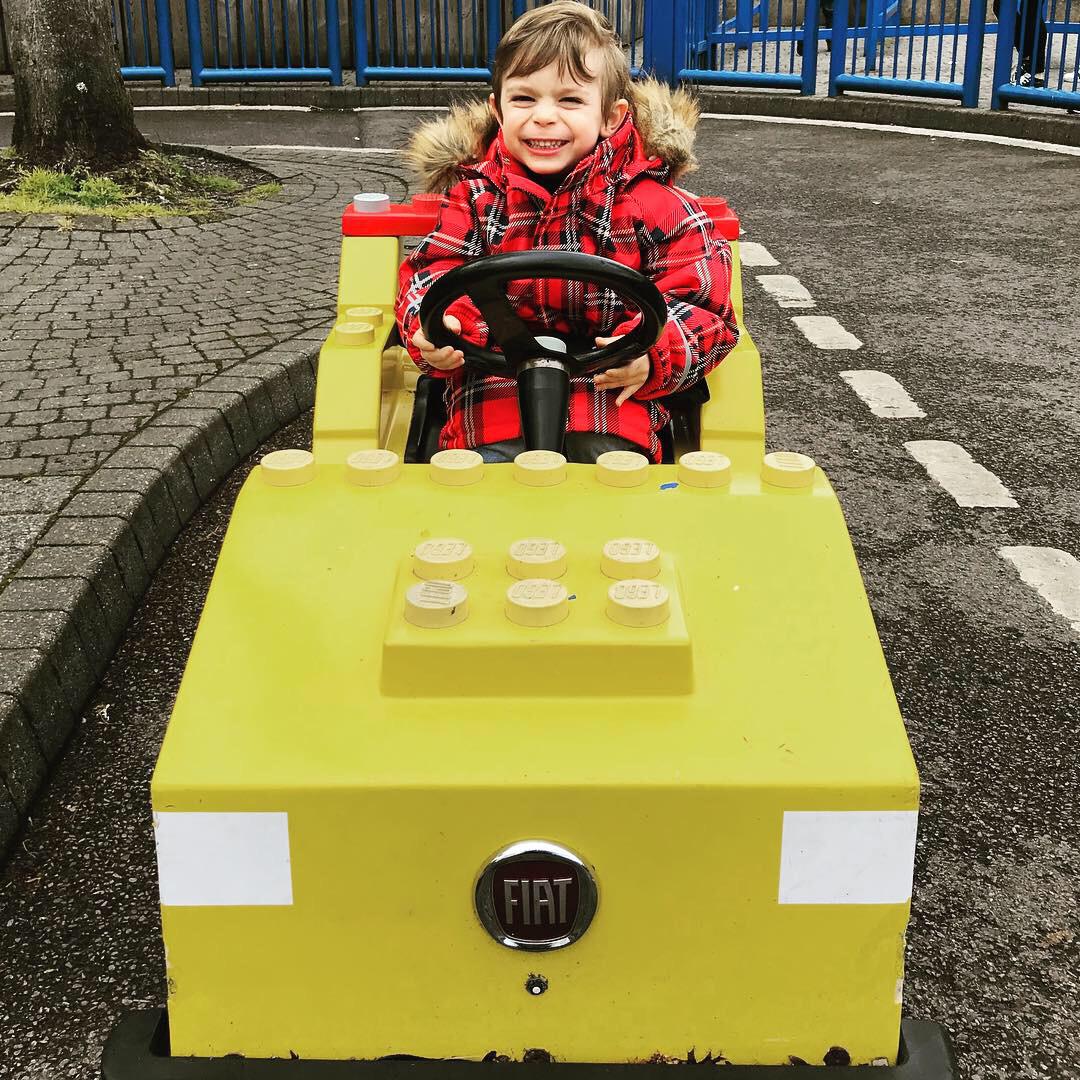 We left, exhausted but happy, as the doors closed for the night at 5.30 and headed to a very special pub nearby for the perfect foodie end to our mini-break. The Greene Oak at Oakley Greene, in Windsor, is a must. Run by the charming James Lyon-Shaw and Jamie Dobbin who met working at the Ivy, is the perfect stop off but also worthy of a diversion. It’s not often that you come across places like this, so make a note of it and go.

We had packed a huge amount into our time away but I wished that we had stayed at Tylney Hall longer. I hope to return in the summer to swim outdoors and tour the gardens properly. Passing through Windsor on the way home, I indeed felt like we’d had a trip worthy of royalty!

A Family Break including breakfast, in a Mansion Executive Room at Tylney Hall from £250 per night for a family of four.