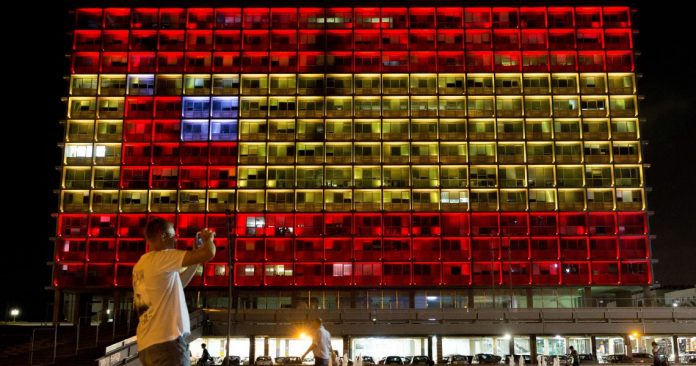 The Israeli and UK Prime Ministers have offered their condolences to the victims of yesterday’s terrorist attack in Spain.

At least 13 people are dead and more than 100 injured after a rented transit van hit crowds on Las Ramblas, a busy tourist street in Barcelona. Several hours later, six civilians and one police officer were wounded when a car was driven into them in Cambrils – a popular seaside resort 110km (68 miles) south-west of Barcelona.

Police shot dead four of the Cambrils attackers and a fifth later died of his injuries. Two suspects have also been arrested in connection with the Las Ramblas attack, but neither are believed to be the driver of the van.

Prime Minister Benjamin Netanyahu said that “Israel condemns the terrorist attack in Barcelona. On behalf of the citizens of Israel, I send condolences to families of the victims and wish a speedy recovery to the injured”.

He added: “Tonight we saw, once again, that terrorism can strike anywhere. The civilised world must fight together in order to defeat it.”

UK Prime Minister Theresa May said: “My thoughts are with the victims of today’s terrible attack in Barcelona … and the emergency services responding to this ongoing incident. The UK stands with Spain against terror.”

According to Spain’s civil protection agency, there were at least 18 nationalities among the victims – including residents of France, Venezuela, Australia, Ireland, Peru, Algeria and China.

Thousands of Israeli tourists are currently in Barcelona and travel agencies are making preparations for those who wish to return home.