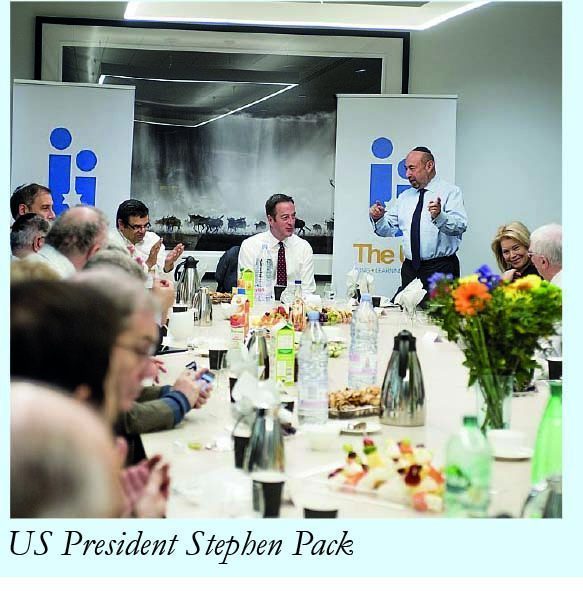 The United Synagogue held a Breakfast Meeting on Tuesday 21st March, at Coller Capital, with British Ambassador David Quarrey.  The event was a huge success, attracting just under 50 people. The guest speaker was ambassador David Quarrey, who focused on the positives of Israel, and the best ever trade deals between the UK and Israel. He also discussed the ongoing security exchanges between the two countries, as well as the fantastic collaboration between the arts and culture, where Dame Helen
Mirren recently joined the Ambassador at his residence in Israel to celebrate Shakespeare. The pair helped launch ‘Mix the Play’, which is part of a global project to mark the 400th anniversary of Shakespeare’s death. There was a Q&A to follow, where many questions regarding trade and the conﬂict were put to the Ambassador, which he handled with true professionalism.