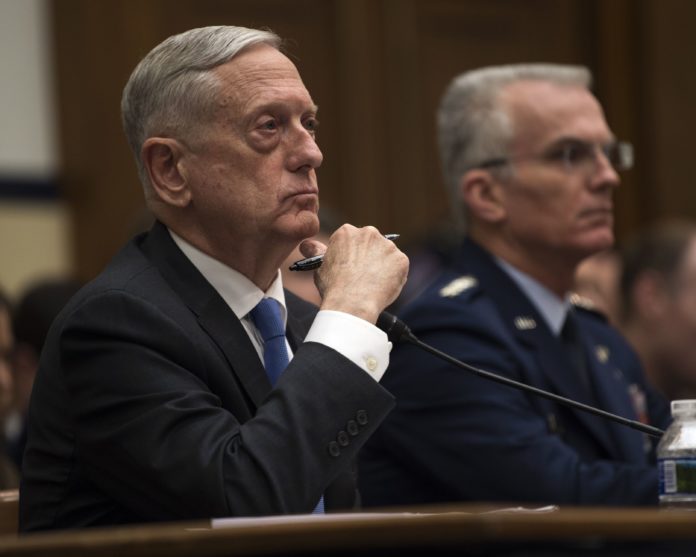 In his resignation letter Mattis told President Donald Trump: “You have the right to have a Secretary of Defence whose views are better aligned with yours on these and other subjects … I believe it is right for me to step down from my position.”

Mattis, who had previously warned that an early withdrawal from Syria would be a “strategic blunder,” added in his resignation letter: “My views on treating allies with respect and also being clear-eyed about both malign actors and strategic competitors are strongly held and informed by over four decades of immersion in these issues.”

Following the announcement, President Trump tweeted: “General Jim Mattis will be retiring, with distinction, at the end of February, after having served my Administration as Secretary of Defense for the past two years. During Jim’s tenure, tremendous progress has been made, especially with respect to the purchase of new fighting equipment. General Mattis was a great help to me in getting allies and other countries to pay their share of military obligations. A new Secretary of Defense will be named shortly. I greatly thank Jim for his service!”

Speaking at Thursday’s annual marathon news conference, Russian President Vladimir Putin agreed with Trump that “significant progress in fighting terrorism” has been achieved. He noted that Russian-supported efforts in Syria “will mark the start of a new phase — that of a political settlement,” adding it would mean that there is no need for a US presence.

Israeli Prime Minister Benjamin Netanyahu spoke with Trump yesterday, the second time this week. Channel 10 News reported that Netanyahu was “very disappointed by Trump’s decision but is careful not to say it publicly”. Netanyahu said Israel would increase its efforts to prevent Iranian military entrenchment in Syria, “with full support and backing from the US”.

The Syrian Democratic Forces (SDF), a group of Kurdish and Arab fighters created by Washington specifically to fight ISIS, said the US withdrawal would have “dangerous implications for international stability”. The SDF warned that the fight against ISIS “has not ended,” and that the withdrawal would “create a political and military vacuum in the area, leaving its people between the claws of hostile parties”.