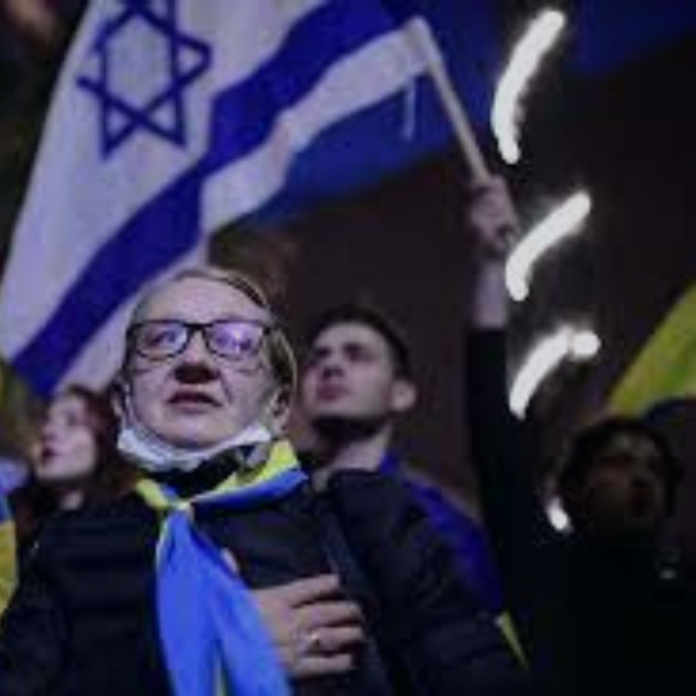 Life is complex and rarely one-dimensional. Our greatest mistakes occur when we oversimplify complex issues. If our personal lives are complex, history is even more complicated, and mustn’t be simplified. Simplification distorts reality.

In many ways, though, the current war between Russia and the Ukraine is relatively “uncomplex”. Innocent Ukrainian civilians are facing a barrage of violence and death in an unprovoked war of naked aggression. Looking to recapture lost Russian empire, a totalitarian dictator has unleashed one of the mightiest armies in the world against defenseless civilians. Almost the entire Western world has expressed its moral outrage. All except one nation – the Jewish state.

Many are furious with Israel’s neutral or lukewarm response. Shouldn’t the people of G-d take a firm and unequivocal moral stand? Shouldn’t a people who have suffered for so many centuries, sympathize with the devastating suffering of the Ukrainians?

Obviously, we must deeply sympathize and commiserate with the suffering. However, our current precarious situation may not allow us to loudly vocalize this disapproval. There aren’t easy solutions to this frustrating predicament.

Russia wields significant regional influence and maintains military oversight in Syria and Lebanon. To this point, they have granted us “free hand” in pursuing terror cells and in thwarting potential attacks. Putin has proven to be spiteful and vociferous condemnation by Israel could very well elicit revenge. Limited deterrence capabilities could, G-d forbid lead to loss of life.

Is this situation ideal? Of course, it isn’t. The images of this lopsided war are horrifying and, are likely to get much worse before they get better.  We are caught in a disturbing situation in which our overall agenda of defending our homeland creates an excruciating moral dilemma. This situation is a microcosm of the moral “obstacle course” we call modern Israel.

We are historically charged to represent Hashem in this world and to model ethical behavior. Alongside that mission, we are also warranted to live in the land of Hashem. This second mission of settling Israel is also a “moral” project. We dream of returning to Israel and advancing an era of universal welfare. There is no “daylight” between two missions. They are inseparable.

Yet, the world hardly sees them as such. We still inhabit a broken world which hasn’t fully accepted Jewish presence in the land of Hashem. As we struggle to settle our land, we continue to face difficult moral quandaries. Chief among them is our interaction with resident Palestinians who also lay claim to this land. Respecting their national rights doesn’t signal lesser belief in our own divine right to Israel. If anything, disrespecting the rights of other residents of this land betrays our Jewish mission to care about the “welfare of the world”. If we fail at that mission our warrant to this land diminishes.

The dilemma of how to respond to the war in the Ukraine has merely magnified a moral struggle we have navigated for decades. How can we settle and defend the land while upholding moral standards? The current version of this dilemma is: How we can defend our land while expressing moral outrage at hideous war crimes? Morality in the promised land is very complex and shouldn’t be simplified.

This specific dilemma has occurred before. The end of the first mikdash era was plagued by murderous and idolatrous monarchs. Finally, in the 7th century BCE, a “great white hope” emerged. King Yoshiyahu ascended the throne, restored the lost grandeur of the mikdash and bolstered the faith of a confused nation. His reign introduced great promise that our fallen kingdom could be resuscitated.

However, war was brewing upon the horizon between Egypt and the ascendent Assyrians in the north. On their way to battle the Assyrians, an Egyptian army convoy traveled through Israel. This was not our war, and we should have remained neutral, focusing on our own domestic renewal project. Yet, Yoshiyahu bristled at the prospect of foreign armies marching through Israel and spreading violence and moral corruption in their wake. Taking a firm moral stand, he banned Egyptian passage, inciting a war with an army which was merely “passing through”.  Yoshiyahu’s death in battle killed any last hopes for our spiraling nation.

Yoshiyahu’s stand was moral but ill-timed. He was politically vulnerable, and the general moral state of the people didn’t justify such a staunch “stand”. He was torn between his “absolute” moral agenda and the practical limitations given his shaky political situation. We are living through Yoshiyahu’s conundrum, and our decision must be more prudent.

Though we may have to acknowledge “constraints” upon our condemnation, moral behavior is never “all or nothing”. Political restraints may mute our voices, but shouldn’t anesthetize our hearts or shut our hands. Thankfully, Israel has responded to this crisis in many other ways:  we have delivered significant humanitarian aid while also providing safe haven for both Jewish and non-Jewish war refugees. Hundreds of volunteers have streamed to the front lines to help alleviate some of the suffering. As I write these lines, I am wishing well to an older student of my yeshiva on his way to Moldova to contribute to the relief efforts.

As children of G-d it is our moral responsibility to defend justice and oppose cruelty wherever it rears its head. Sadly, our broken world doesn’t always allow us a full “broadcast”. One day we hope to be given that podium, but as we struggle to rebuild and to defend our land, we still walk a moral tightrope. We all pray and hope that no more innocent victims suffer.

Do Ukrainians Deserve Our Pity?

This issue has also become a moral minefield. After all, Ukrainians viciously colluded with Nazis in their genocidal attack against our people. Additionally, vicious antisemitism still runs rampant in many parts of this country. How can we feel compassion for a “people” who murdered us in the past, and hate us in the present?

The answer to this important question is twofold. Firstly, nations can perform teshuva, just as individuals can. Germany itself performed teshuva, becoming the leading supporter of Israel in Western Europe. Though vile antisemitism still exists it doesn’t reflect the policies of the Ukrainian government. Yonah and the story of Ninveh remind us that teshuva isn’t limited to individuals and isn’t limited to Jews.

Furthermore, Ukraine, annually hosts tens of thousands of Jewish pilgrims to Uman. Undoubtedly, there is financial incentive to this accommodation, however, the Torah instructs us to appreciate hospitality of all forms. Unlike other barred nations, Egyptians have a pathway to Jewish conversion and aren’t to be militarily “baited”. This preferential treatment is compensation for the Egyptians hosting us for two centuries. No one in their right mind would award the Egyptians a five-star rating for their treatment of Jews, yet the Torah acknowledges their hospitality.  Dismissing the Ukrainians as Nazi collaborators and antisemites, ignores the passing of generations, the possibility of teshuva, and changed political realities.

More importantly than the “grade” we assign to the current country of Ukraine, Jews never wish suffering upon “our enemies”. We are tasked with drawing humanity closer to G-d and, one day we will inspire the entire world. The world is our audience not our enemies. Obviously, people who actively attack our people must be thwarted, but we never wish lethal harm to those who oppose us- even if their opposition is voiced in spite and hatred. We hope that they fail. We pray for their tongues to be tied, not their wrists. Wishing physical suffering to our ideological opponents, is a betrayal of our mission to deliver prosperity to the world.

Modern society has evolved to become more civil and less violent. Education, mutual interests and strategic alliances have created international harmony and universal consensus. Evil has been almost completely eradicated. Recovering from the horrors of the 20th century, Western civilization sometimes adopts a fiction that war has become a relic of the past. Wars are waged in the uncivilized third world or in the deserts of Arab rivalries, but not in enlightened and liberated Europe.

The “Amalek command” reminds us that evil will always exit, until the end of history. There are evil people in our world, and we must never forget that nor allow progress to lull us into a state of naivete. Modern man sometimes loses the ability to identify evil as pure evil. Putin’s lunacy and bloodletting reminds us that evil always lurks and can sabotage decades of human progress. The Amalek battle is perennial.