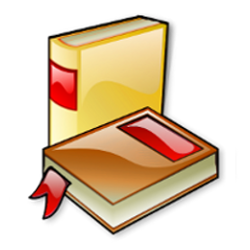 Well, glad tidings are categorically nowhere to be found. I predicted many weeks ago that we would be locked up for the ‘extra’ month and then thrown back into the cauldron of tiers, and it couldn’t have come at a worse time, with everyone having finally made catch-up plans to reunite with distant or dear family, and friends. Boris has taken a giant draconian step, due to the emergence of yet another infectious strain of coronavirus: VU12020/12/01, a new variant, which is apparently up to 70% more transmissible, and has been detected in several countries, with the WHO having been notified. The mutation thought to have supercharged this latest variant is called N501Y, noticed in Brazil as far back as April, is only one of 23 separate strains which was later spotted in Australia and the US. Prof Peter Horby, chairman of the Nervtag Advisory Committee commented, “when you put various mutations together, the combination can have a different effect.” He also added that it was ‘possible’ the vaccine would now be less effective. On Friday South Africa’s health minister Zweli Mkhize, suggested a new strain [501.V2] appeared to have a more severe effect on young people, noting that they are seeing a larger proportion with no comorbidities presenting with critical illness. So, in the light of all the above, do we really have a lid on this? It looks unlikely, even with a vaccine.

Government screening had already confirmed over 40% of cases in the south east were in this group, rising to 62% in London. Make no mistake, this is a disaster. Sir Patrick Vallance believes it could have mutated here ‘by chance’, or possibly even started here. Transmission rates across the UK are now standing at 112 per 100,000 in Scotland, 174 in Northern Ireland, 219 in England and 571 in Wales, meaning 16 million people in England alone will now be affected by this radical move, a mere 3 days after Boris vowed not to snaffle our seasonal gathering. I’m not feeling very confident that this will be the final countdown.

No bubbles or baubles are now permitted, except for those residing in tiers 1-3. Wales is allowing only one day of family gathering (Dec 25), whilst Scotland will do the same, but has also cheerfully blocked all cross-border travel completely. Many people report harrowing tales of isolation, and others mourn the fact they are prevented from seeing loved ones, possibly – like myself – for the last time. How do I know if I’ll be around this time next year… ?  I have been asked in certain quarters, what right do I have to worry about dying? Hmmmm. But these I suspect are largely musings from people too young and immature to see the bigger picture and intrinsic value of life.

Medics have reported that a surge of covid patients are now blocking beds in NHS hospitals, with only 20% less occupancy than during the height of the pandemic. This may reflect both social distancing within the sector, and also the fact people may spend longer in hospital because they are less likely to die from the virus, with improvements in ventilation and therapeutics like dexamethasone.

To spoil any icing lingering on the cake, Britain has now been hit with a travel ban by a host of countries which will affect passenger flights, freight transport and potentially food supplies, even if European powers have promised that vaccines will be still allowed through. The government this week called an emergency meeting of Cobra to discuss the situation, with 50 countries internationally already closing their borders to us this week, something which could potentially extend further. France, our closest European neighbour, is believed to be insisting that all lorry drivers waiting outside Dover take the rapid PCR test, at £150 a hit, although with up to 48 hours turnaround time for results, it’s not guaranteed that the drivers will be able to clear the backlog. It was unbelievable to see sections of the M20 closed to allow hauliers to use it as a giant parking lot for nearly 2000 vehicles, whilst further discussions are in progress. With covid having provided a perfect excuse for further anti-British sentiment, it’s difficult to believe Macron

{l’Œuf pourri} – is not actually in total ecstasy at having the opportunity to punish our Premier for our rebellion over instituting Brexit, and haggling over fisheries, trade, welfare and tout le reste. But of course trade relations work both ways, and we will have a long memory over France’s decision to blockade the ports. For all we know – given the proximity of Kent to France – the new variant could feasibly have originated there, so Macron should grow up and stop gloating.

On the topic of freight it was refreshing – if sobering – to hear that 2400 cases of Glenfiddich’s best 12 year old malt, valued at £200,000, had been appropriated by thieves from an industrial estate in Carmyle, Glasgow. The empty trailer was discovered in Blantyre several days later, so someone – somewhere – is definitely enjoying a big dram next to their tinsel and cream crackers.

One thing which is absolutely critical in this seasonal chaos is that Boris Johnson needs to have some kind of exit strategy, because people are not going to stay willingly locked up for the rest of their lives, even if in my book this coronavirus could be with us forever. Or at the very least, throughout 2021. Rumours that lockdown restrictions could potentially drag on until April could make it a full calendar year of disruption, chaos and misery.

As far as education goes, cases in secondary schools have spiralled out of control. Matt Hancock has so far refused to rule out closing schools again if cases rise further, with Gavin Williamson the Education Secretary saying only there are ‘no plans’ for [school] closure. This is unsettling, especially as conflicting updates hint that teaching unions are pressing for a delay until February. We know children and young people are spreading the virus, but at what price do we throw the education of the next generation onto the back burner?

And then one must ask, how long can the economy be artificially propped up, whilst unemployment and redundancies are rising faster than emerging covid mutations? This is clearly not how Boris foresaw his critical first year in office, in fact I doubt no other Prime Minister will have suffered so badly, other than during wartime. It would be manifestly unfair for the new boy on the block [Sunak] to be considered as a possible rival for PM office, especially when he has had the pleasure of playing ‘banker’ to the millions struggling to survive. His decisions – and even the perceived largesse and benevolence of the Scottish powers in Holyrood – have of course been overseen by the man at the top. The fact Johnson has had a year of enduring the Brexit crisis, independence challenges, endless rounds of Covid, all compounded by Dickensian misery, is actually not his fault and none should slap him on the wrist for that. For Starmer – the new boy on the Labour wards – to slam his counterpart and accuse him of being ‘scared to make decisions,’ is totally below the belt.

A few musical notes to conclude this week. Firstly my girls asked me recently where my school report cards were. I told them ‘in the leather case with all my music certificates.’ Yup, I still have them, including my first certificate for playing accordion, and I really do hope my children hang on to them, because – like all you out there with skills and qualifications – we worked jolly hard for these accolades, even though essentially they’re just pretty bits of paper. Mavis Wallis (86) who took a piano exam back in 1943, was due to be given a medal for her score of 99%, which was apparently the highest mark in the country, but because of wartime shortages she never received her medal from Guildhall School of Music [now part of Trinity College]. Imagine her surprise when she requested it one more time, only for the medal to then turn up in the post. These days no-one gets a medal, unless you’re a Boy Scout or an Olympian athlete (or Lewis Hamilton!) but I guess back in the 1940s there were more methods of reward than exist today. If you have a skill, stick with it, and one day your children will appreciate you.

Recent research from Cambridge Assessment indicates that boys with good music grades ‘do better in other subjects’ especially if it’s theory exams. Evidently boys passing even grade 1 theory can achieve half a grade better in other qualifications, particularly maths, while for girls the grade rise was only 30% of a grade. The basis of the study was DfE data relating to more than 475,000 students in England. Tim Gill, the reports author, said ‘there is an association between taking a GCSE in music or music qualification and doing slightly better overall.’

This leads neatly to a name all pianists will know; that of Dame Fanny Waterman, intrepid founder of the Leeds International Piano Competition. She brought to our concert platforms the famous names of Murray Perahia, Michael Roll, Mitsuko Uchida, John Lill and many others, and through this raised the musical profile of the city of Leeds. She was a musical tour de force, an inspirational teacher who continued right up until her 80s, actively teaching, examining and adjudicating in the piano world. Indeed she remarked to the BBC just this year that she had been forced out of her role as chairman of LIPC at the age of 95, countering that she ‘wanted to be there forever.’ Having now died at age 100, I think it’s fair to say wherever the harp, keys and strings are now playing, she is undoubtedly overseeing the band.

Finally, I’m sure Bill Bailey (55) the well deserved winner of Strictly Come Dancing would be the first to agree that a background of music makes for a well rounded individual. As one of the voting 13 million in the UK, we were right behind the outlier in this year‘s sparkling final where Bill showed not just his indomitable spirit, ebullient personality and unflappability. It must’ve been quite a tall order for a dancing novice to beat several very young finalists whose acting careers have without doubt been founded attending stage, drama and dancing school. For the oldest winner ever, we lift our glasses and extend massive cheers to our SCD champion.