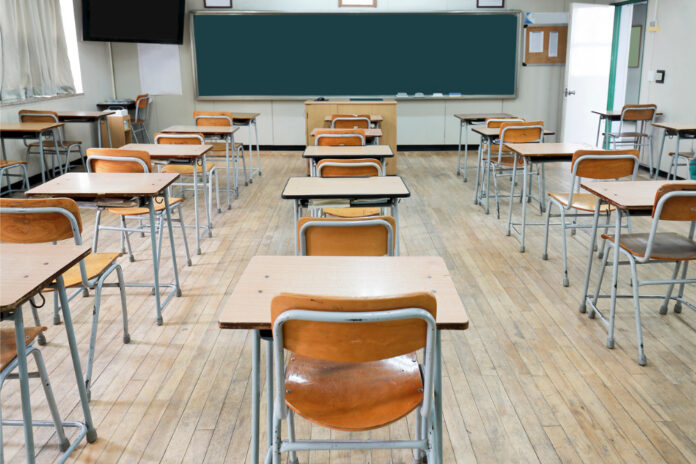 Dear Rabbi
Why do Orthodox Jews not pursue a more thorough secular education so that they can be more informed, better providers for their families and properly equipped in the working world?
Frank

Dear Frank
Well, that’s a generalisation, if ever I’ve heard one. First, what makes you think Orthodox Jews don’t have a secular education? I don’t know if you saw the recent viral video about the “Orthodox Jew” making Aliyah with his wife to Israel. He had a long white beard, long peyote, and a big black yarmulke. If you saw him, with your prejudicial generalisation, you would likely not think much of him. But his name is Dr. Gerald Wittenstein. Most people hadn’t heard of him until now. He just retired from NASA, having served, for decades as CEO of International Space Systems, Inc.

Speaking of long white beards, the name Robert Aumann, another “Orthodox Jew” also comes to mind. He gave a regular shiur in Israel which was very popular and attended by politicians, judges, lawyers etc. If you saw him, you would think much the same. Until you would find out that he was a Nobel Prize winner in 2005, for his work on conflict and cooperation through game theory analysis.

My father, mind you, was a very “Orthodox Jew” with a white beard who held several professorships and authored more than 30 books.

These are just three immediate examples that come to mind. So, you really need to consider your question carefully. That some Orthodox Jews don’t pursue a secular education may be because of their traditional beliefs that some of it could corrupt their religious minds. They don’t see how Macbeth or the study of ancient Rome is going to do anything to enhance their lives. They also have no immediate intention of pursuing careers which warrants that sort of study. Moreover, their Talmudic studies gives them sufficient intellectual stimuli to go on to study later in life if they so want. I know several who never did secular studies but still went on to become successful accountants or apply their smarts in business acumen and become very successful in many other ways, because Talmudic studies covers so much logic, maths, and much else besides. Life isn’t a one size fits all.

Going for Gold – on Shabbat

Dear Rabbi
I read recently about an Olympic contender, Hailey Kops, who is an Orthodox Jew, and will be competing in Beijing on Shabbat. It is permissible to skate on Shabbat?
Miranda

Dear Miranda
Because the blades are so thin, when one presses the skates against the ice enough pressure is exerted such that the ice melts directly under the blade. So ultimately one is skating on a thin layer of water which allows the skates to glide easier with less friction. Thus the primary concern here would be turning ice into water. That would be a Rabbinic prohibition but only applicable were the liquid to become clearly noticeable. That is why one can put ice-cubes into a liquid drink on Shabbat. And why skating wouldn’t be an issue per se.

That notwithstanding, there is a broader concern here. Assuming everything else is adhered to (no carrying and other general violations of Shabbat) there is still the issue of doing a mundane activity that is not in the spirit of Shabbat. When the Torah instructs us to keep Shabbat it stresses, “To sanctify it.” This means to preserve the sanctity of Shabbat and not engage in activity that is not in keeping with such sanctity.

Jacob Steinmetz and Elie Kligman were both recruited recently into major league baseball teams. That’s huge for nice Jewish boys. But while Steinmetz said he will walk to the stadiums and play on Shabbat, Kligman said he will not play at all on Shabbat.

We get understandably excited when “one of ours” hits the big league or wins a medal. But while they might give us a sense of national or religious pride, they are not necessarily people we should look to emulate. To be sure, we are enjoined by the ancient Rabbis to always judge people favourably. By definition seek the good in them, and in this instance the allure of Olympic fame can be overwhelming and I will assume Hailey Kops sought some Rabbinic guidance. I, for one, might take pride in an observant Jew going for gold, but I would nevertheless discourage ambitious others from seeking to emulate that example. Again, I stress, to each their own and I am not judging, but being Jewish calls for all kinds of sacrifices and one must always aim higher.

Is There Always Fire Where There’s Smoke?

Dear Rabbi
In your reply to Gideon, you ended with the comment “where there’s smoke there’s fire.” In the instance referred to, this comment might have been acceptable. Yet as a rule, whenever I hear someone use this in conversation I point out that this phrase should never be used for the simple reason that it isn’t true in all situations – and of course the gossips love to use it.
Leah

Dear Leah
Point taken. I will rephrase. “Where there’s smoke there’s fire, but not always.”