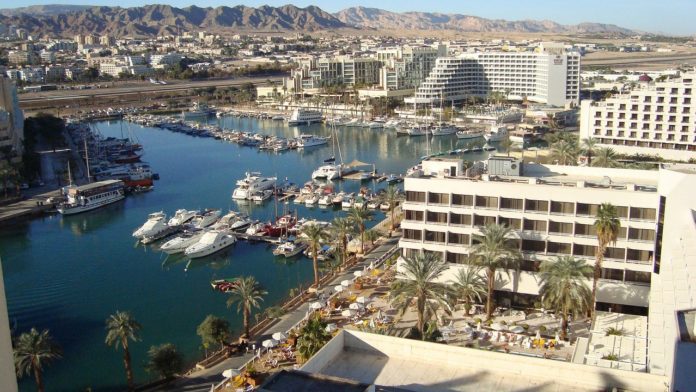 Last Sunday, (28 October), saw the reintroduction of flights from London’s Luton Airport to Eilat, the popular holiday resort and the southern gateway to Israel.

The route has been inoperative since the bankruptcy of Monarch Airlines in early October 2017.  Wizz, the British-registered Hungarian airline, will operate twice- weekly to the military airport at Ovda, about 40 miles north of the city.  Wizz already flies to Tel Aviv daily from Luton and for those wishing to be more flexible with their arrangements, it will be very easy to connect directly at Terminal 1, with the Israeli domestic carriers to the current Eilat city centre’s airport.

The plan is to transfer to the new purpose-built Eilat gateway named ‘Ramon’ on the main E90 highway, when it is hopefully completed, in time for Passover 2019.  Travel to the main hotel area will take less than 30 minutes.  The old Eilat airport will close with the area being earmarked for a huge development of hotels, entertainment centres, housing, parks and lakes.

I will be visiting Ramon next week, via Wizz and Ovda, and will be reporting back.

Prices for members of the Wizz Discount Club start at an astonishing £34.98 return for the 5hr 45min flight.   The UK £26 departure tax is subsidised by the Israeli government.  Timings are particularly good.  The flight is due to leave Luton at 13:10 on Wednesday, for example, with a scheduled arrival at 20:40.  The Sunday flight is due to depart from Luton at 13:25 and arrive in Eilat at 21:00. The return journey to Luton does not depart until 21:15, which allows for a full day in the sun, although arriving at Luton at approximately one in the morning can be awkward.  Membership of the Discount Club is €29.99 for two whilst family membership is priced at €59.99. Kosher snacks are available on all flights to Israel.

Tourism Minister, Yariv Levin, said: “I congratulate Wizz Air on their decision to heighten their activities in Israel and open new routes from Europe to Eilat.  I am pleased that the collaboration between them and the Israel Tourism has intensified. This is a great vote of confidence in the Israeli tourism product and proof that the Eilat directive, which we initiated to encourage tourism to the resort, is yielding results.  The tourism industry is undergoing a great revolution and the expansion of Wizz Air activities is further proof of the substantial improvement in Israel’s attractiveness as a tourism destination.  The new routes will lead to more growth in incoming tourism to Israel and they are part of the exceptional marketing efforts that we are leading.  These endeavours have already led to a 25% increase in incoming tourism this year.”