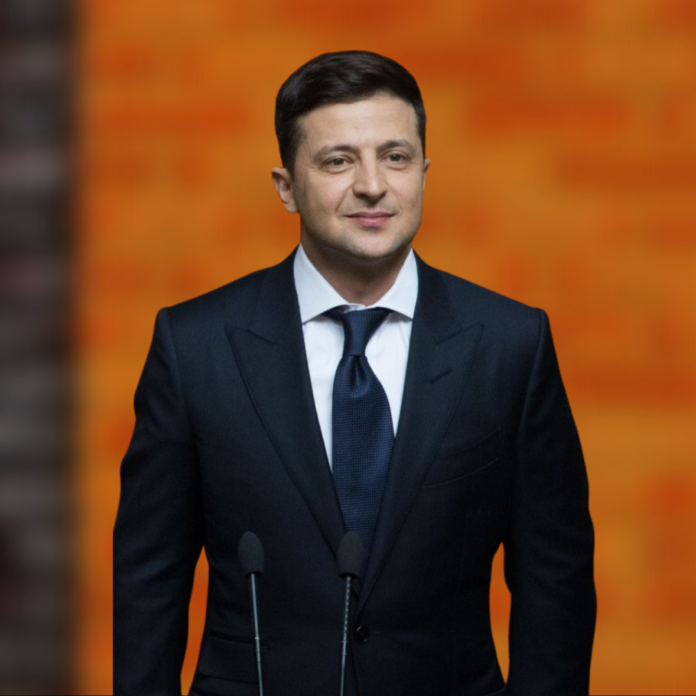 Ukrainian President Volodymyr Zelensky addressed the House of Commons in a landmark videolink address and vowed to fight President Vladimar Putin’s Russian forces “whatever the costs” on Tuesday.

Zelensky appealed to the British Government to keep the Ukrainian skies safe, thanked MPs for their support and called for more sanctions against Putin.

Zelensky also addressed the Conference of Presidents of Major American Jewish Organisations and described the Russian invasion as “pure Nazism” during the week, recalling strikes near Babyn Yar and Uman, a holy place for Charedi Orthodox Jews.

Ukraine’s Ambassador to the US, Oksana Markarova, recalled former Israeli prime minister Golda Meir, who was born in Kyiv.

“It would be great to have her now with us,” she said. “I think she would help a lot in this great fight.”

“We stand shoulder-to-shoulder with our Ukrainian brothers and sisters praying for peace and continued US leadership to end the conflict,” he said.

Interior Minister Ayelet Shaked announced that Israel will host 25,000 citizens of Ukraine and confirmed that Israel would absorb 100,000 Ukrainians fleeing the fighting within the Law of Return.

Two weeks into hostilities and there was outrage yesterday when a maternity and children’s ward was destroyed in an air strike on a hospital in Mariupol. There are reports of many dead and injured, with children buried in rubble. “The destruction is colossal,” the city council stated.

The Vatican has offered to be an intermediary in the midst of the escalation of attacks. And it attacked Putin’s forces for the hospital attack.

Vatican’s Secretary of State, Cardinal Pietro Parolin, told reporters: “Bombing a hospital is unacceptable. There are no reasons, there are no motivations, to do this.”

Over recent days Russia has backtracked on various humanitarian ceasefire agreements while the EU and global leaders continue to ramp up sanctions in a bid to halt Putin’s actions.

Chabad shlichim in Kharkiv, meantime, are counting their blessings after a mix up saved the lives of 18 Jews escaping war-torn Ukraine.

Chabad’s stroke of luck made headline news and was a rare moment of hope in the escalating crisis.

Two groups of Jews were due flee Kharkiv on Monday and Tuesday, the second group of 18 living in the same building in the city. Fortuitously the group departed 24 hours earlier by mistake.

Russian forces destroyed the building when they would have been inside on Tuesday.

Chabad is central to Jewish life in Ukraine providing food shelter and medical supplies to Jews remaining. They are transporting and caring for thousands who have left the country.

Prime Minister Naftali Bennett heard first hand from Chabad-Lubavitch rabbis leading the rescue of the Jews of Ukraine as the humanitarian crisis in the country grows.

Bennett met virtually with leaders as Israel prepares for a surge of Ukrainian Jewish refugees.

Ukraine is home to an estimated 350,000 Jews across the country.

Two weeks ago, 200 Chabad emissary families were leading Chabad centres in 35 cities. Most centres have now been converted to shelters, crisis centres and terminals where 30,000 refugees have travelled to Moldova, Slovakia, Romania and Poland.

Most refugees are from cities including Kharkov, Sumy, Chernigev and Kiev.

Chabad leaders anticipate that it will take decades for life in Ukraine to return to normal with homes and communities destroyed.

Relief organisers are exploring investing $500,000 for buses to transport Jews over the border.

Transportation and food costs for refugees is currently estimated to be around $3 million.

Once over the border, refugees are met by Chabad emissaries and aid organisations to assist in accommodation, kosher food and resettlement.

And Rabbi Kamineski attended a barmitzvah at the Golden Rose Synagogue in Dnipro on Monday in a celebratory moment of normality.

Dnipro, formerly Dnepropetrovsk, is a historic place in Jewish history.

Rabbi Levi Yitzchak Schneerson, father of the Rebbe, Rabbi Menachem M. Schneerson, was chief rabbi between 1908-1939. The Rebbe grew up in the city, then call Yekaterinoslav.