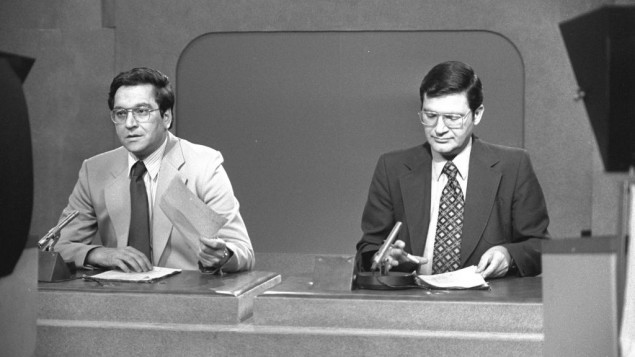 Prime Minister Netanyahu slammed the decision to close down state TV last week and said he only learnt about the network’s sudden demise from the media. He called the move dishonourable and said he worked hard to keep it on the air.

With two hours’ notice, Israel’s Channel One nightly news show ended a 49-year run with anchors crying openly on the final broadcast. One by one, well-known broadcasters and journalists from the network condemned the abrupt government shutdown during the 8pm final Mabat news programme.

David Hahn, the Official Receiver of the Justice Ministry, announced on Tuesday evening in a Knesset committee that Channel One would be shut down by Wednesday morning, as part of the changeover to replace the Israel Broadcasting Authority TV station with a new publicly funded entity, known as Kan.
The employees of the first news channel in the State of Israel, who had thought their last broadcast was to be on 15 May, closed the nightly news with a rendition of the Hatikvah national anthem, with many weeping openly.

Haim Yavin, the retired anchor who in 1997 announced on Mabat the political revolution that brought Menachem Begin’s Likud party to power in Israel for the first time, said in the final minutes of the Tuesday broadcast that the scrapping of the IBA was “idiocy” and the consequence of “the whim of one man, who happens to be the Prime Minister.”
Well-known senior IBA journalist Yaakov Ahimeir asked on air, “What is this notice, two hours in advance? What are we, criminals?”
He said he had interviewed the Archbishop of Canterbury earlier in the day and assured him that the full interview would be screened last Saturday night, only to discover that now there would be no Saturday night news show.

Ahimeir decried the order to shut down the station, and the brutal manner in which it was finally done, as “a stain on the Israeli government.”

He said in his normally restrained voice, “They are not giving us the opportunity to say farewell properly. They didn’t give us the chance to say thank you to all the people here in the studio.”
Earlier, Geula Even, the anchor of the early evening Hamusaf news show, was handed an announcement during her broadcast telling her it was her last, and that the Mabat main news broadcast that evening would be the last, too.

Doing her best to hold her emotions in check, she conveyed the news to viewers. Ms Even was offered a position as the main news anchor in the new broadcasting corporation, though fresh Knesset legislation to separate the news division from the broadcaster Kan casts doubt over when, or if, the position would be available, with layoffs of dozens of journalists anticipated.

“This was my professional home for many years,” Geula Even said, her voice cracking. “There were many difficult moments, and many good ones, and in the end, many people are being sent home.”

Some Israeli politicians, led by the president, waxed lyrical about the “Mabat” news broadcast, founded in 1968. Until 1993 it was the only TV news in the country. They noted that it accompanied Israel through many of its most traumatic and dramatic moments, from the 1973 Yom Kippur War to the signing of a peace deal with Egypt.

For years the government has talked about reforming the state-owned Channel One network, known as the Independent Broadcast Authority (IBA), because the unions wielded a huge amount of power and made it almost impossible to fire some of the worst broadcasters, journalists and technical staff. It was generally known that if you had a job at the IBA, you had a job for life no matter how bad you were because your contract protected you.
When it became almost impossible for the government to make any progress, preparations were put into place to close down the IBA and open a brand new similar Independent Broadcast Corporation with brand new contracts.

After Netanyahu formed a government in 2015 with Finance Minister Moshe Kahlon from the Kulanu party, they both made a commitment to close the IBA by the end of 2016 and legislation was passed in the Knesset to implement such a move. Netanyahu, who was until recently also acting Communications Minister, oversaw passage of the 2014 law to establish the new corporation.

However when it became clear that the new news team at the IBC were from the political left and were openly critical of Netanyahu and would do what they could to bring him down, the Prime Minister backtracked on the deal with Kahlon and came out in support of the 1000 IBA employees who would lose their jobs.

A coalition crisis then erupted, and many felt a general election would take place as neither Netanyahu or Kahlon would back down from their position. For his part, Kahlon always maintained that he had fought for the establishment of the new broadcaster, as legislated, and with reduced government meddling.

The deadline to close the IBA was extended by a vote in the Knesset to 30 April 2017.
During this time Netanyahu and Kahlon came to a compromise where the IBA would be taken off the air and replaced with the IBC. But the news division, formally called Kan and widely known as HaTa’agid (the corporation), would be stripped and a separate news entity would be created in its stead – largely made up of staffers from the old Israel Broadcasting Authority.

IBA employees were in limbo for several years as the government approved the reforms, backtracked, and attempted to merge the two entities, before finalising the Kahlon-Netanyahu agreement that absorbs more workers from the IBA, while laying off hundreds of others.

The deadline was again extended to 15 May but the Justice Ministry stepped in and pulled the plug on 9 May. The next day, all the government radio stations were taken off air although one or two remained, playing music loops.

This has got to be one of the most embarrassing episodes of the current Israeli government, and many believe a general election will be held within the next 12 months as tension between Netanyahu and Kahlon is rising.

After the IBA was taken off the air last week, President Reuven Rivlin said in a statement, “This is the end of an era, and at this time, amid the uncertainty and doubt, I want to thank you, employees of the IBA, from the bottom of my heart. As a public servant, I want to thank you for your dedicated work in accompanying the diplomatic, political, and social activities in all of its manifestations… I hope each and every one of you finds the right path and you forever carry with you the years of respectable, worthy work that you led.”

The last-minute move culminates a saga spanning several years to dissolve the IBA and replace it with a new corporation.

Last Wednesday The Knesset plenum voted into law a bill that will restructure the new public broadcasting corporation, implementing the March compromise reached by Netanyahu and Finance Minister Moshe Kahlon.