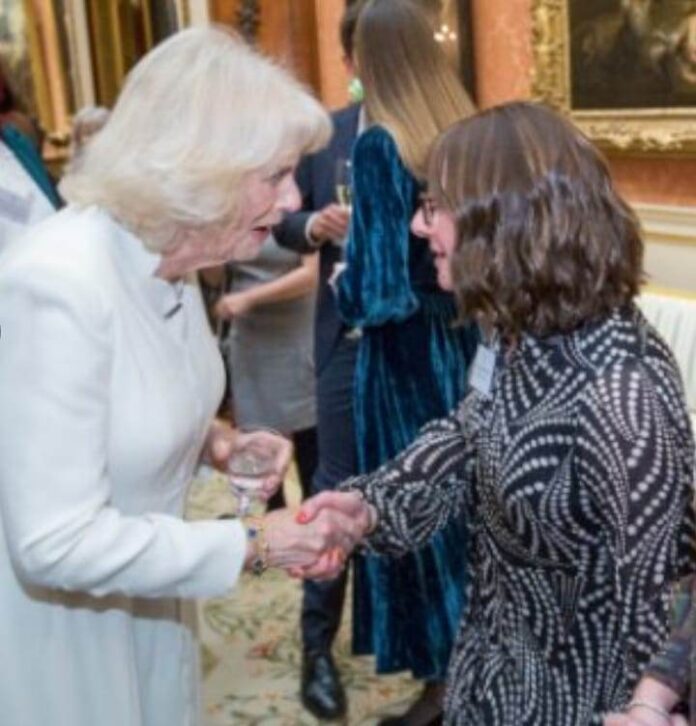 Jewish Women’s Aid launched its 16 Days of Activism for the International Day for the Elimination of Violence and Women (IDEVAW) with a lunch hosted by Dame Gail Ronson, DBE, at the Tony Page Island Grill.

Over 60 guests attended the lunch and heard about the work of Jewish Women’s Aid, supporting women and children who have experienced domestic abuse and educating across community settings to help prevent abuse in the future.

‘I was delighted to host this lunch for Jewish Women’s Aid. As women it’s incredibly important that we understand the vital work they do, and we must stand together with them to support Jewish women experiencing domestic abuse.’

‘We are incredibly privileged to have the support of Gail for this event and be able to share our story with a new group of women who we hope can champion our cause moving forward.’

Also, as part of the IDEVAW, 16 days of action, Jewish Women’s Aid is hosting its annual Shabbat at synagogues throughout the UK this coming weekend (2-3 December) to raise awareness and understanding in our community about domestic abuse and sexual violence.

As part of IDEVAW, Naomi Dickson and JWA’s treasurer, Jo Rosenthal, were honoured to be invited to attend a Reception on 29th November at Buckingham Palace hosted by Her Majesty, the Queen Consort, highlighting the work of organisations in this sector, who are working to end abuse.

The BBC noted that ‘Queen Camilla has campaigned to raise awareness about domestic violence and for the first time her Queen’s companions will be with her at the Violence Against Women Girls reception at Buckingham Palace, rather than ladies-in-waiting.’

Naomi Dickson said, ‘It was a magnificent honour to be invited to meet the Queen Consort at Buckingham Palace to discuss the work Jewish Women’s Aid and other organisations have been doing to support women and girls throughout the UK.’

In the first six months of 2022, Jewish Women’s Aid recorded the following statistics:

The Helpline and Webchat services received 196 calls/chats, representing a call for every day the service was open.

We supported 193 Jewish women who experienced domestic abuse through advocacy, enabling us to help them to manage their risk and help them and their children to be safe.

Our team of qualified counsellors provided 1205 counselling sessions to 91 women and girls, playing a key role in helping them to make sense of their experiences and empowering them to make their own decisions about how they want to move forward in light of the trauma and abuse they have suffered.

We worked with 52 women and girls who have experienced sexual violence. In addition, our Independent Sexual Violence Advocate supported 15 women.

We delivered 106 age-appropriate workshops and assemblies to 2,442 young people in mainly Jewish schools in London and Manchester, helping to build a culture of consent and an understanding of respectful and healthy relationships for our young people.