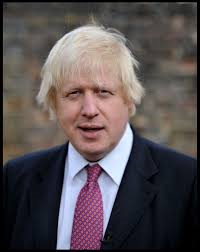 British Foreign Secretary Boris Johnson arrived in Israel on Tuesday night, his first working visit to Israel in his current role. Johnson, who was last in Israel in September to attend the funeral of Shimon Peres, was scheduled to meet with President Rivlin and opposition Labor leader Yitzhak Herzog on Wednesday morning.
The Foreign Secretary will then have a series of meetings in Ramallah, before returning to Jerusalem for a meeting with Prime Minister Benjamin Netanyahu in the Knesset.
Johnson, a former mayor of London, visited Israel in that capacity in November 2015. Some Palestinian groups at the time refused to meet him when he visited the Palestinian Authority, after he called British supporters of BDS “corduroy-jacketed, snuggle-toothed, lefty academics.”
He added, “I cannot think of anything more foolish” than to boycott Israel, which, is a “country that when
all is said and done, the only democracy in the region, the only place that has in my view a pluralistic open society.”
Netanyahu met Johnson, as well as British Prime Minister Theresa May, when he visited London last month.