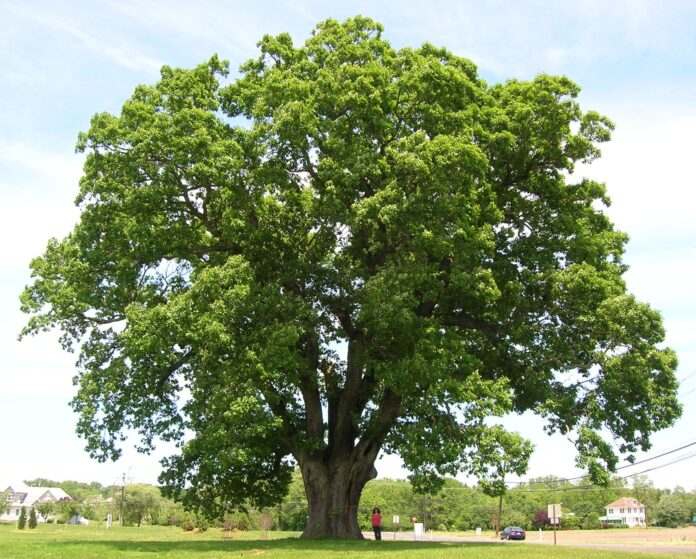 A bumper crop of native oak trees will be planted for Holocaust Memorial Day, Thursday 27 January 2022 as part of a nationwide campaign to mark the 80th anniversary of the Association of Jewish Refugees (AJR) – the national charity providing social and welfare services to Holocaust refugees and survivors in the UK.

‘80 Trees for 80 Years’ will see native oak trees planted around Britain in honour of people and places that symbolise the enormous contribution made to every walk of British life by refugees who escaped from Nazi Europe.

Half of the 80 trees will be planted in the week of Holocaust Memorial Day, 25 of those on the day itself, including a very important tree in Hyde Park, sponsored by Michael Rosenstock, son of Werner Rosenstock, AJR’s founding secretary. Michael, who lives in Canada and is unable to attend the planting, said “My father, who was General Secretary of the Association of Jewish Refugees for the first 42 years of its existence, would be amazed and humbled if he knew that the organisation was still going strong at the age of 80, with plenty to keep it occupied.”

The location, The Dell in Hyde Park, was chosen as it is home to the first public Holocaust memorial in Great Britain and venue for the annual Yom HaShoah ceremony, a day of remembrance for the six million Jewish victims of the Holocaust. Guests will include representatives of the German and Austrian Embassy, the Queen’s Green Canopy, the Yom HaShoah committee, Parliament, and students from Westminster Academy. There will be a number of Holocaust refugees and survivors present.

“As well as helping to mark the heritage of our members and a place of historic interest associated with them, the planting of this tree enables the AJR to give back to and create a living legacy within the country that became home to the Jewish refugees,” said AJR CEO, Michael Newman OBE. “Britain’s native oak trees are in decline and new trees are desperately needed. We hope these 80 special trees will be appreciated by future generations and provide natural habitats for other native species for many decades to come.”

The tree is also featured on the new UK Holocaust Map (www.ukholocaustmap.org.uk), a new online resource which helps to tell the story of the Holocaust and British responses to Nazism.