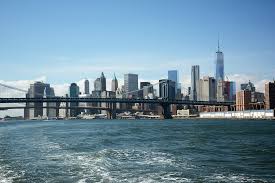 30 Tribe participants have returned from the trip of a lifetime to New York and Washington DC this summer. The Year 10s, under the care of Tribe Rabbi, Rabbi Eli Levin, Tribe madrichim (leaders) and United Synagogue professional staff enjoyed a jam-packed itinerary. The group took in New York’s famous landmarks such as the Statue of Liberty, Empire State Building and Times Square. Activities included boating in Central Park, ‘The Beast’ speed boat ride,  a tour of the United Nations building, the Tenement museum and 9/11 museum and memorial. The group spent a warm and uplifting Shabbat spent on the Lower East Side and also found time to volunteer at a soup kitchen helping prepare healthy meals for those in need.

Participants spent a day in Washington DC touring the city and taking part in a moving visit to the United States Holocaust Memorial Museum before a group photo outside the White House and a visit to the WW2 memorial fountains and Lincoln Memorial.

This is the first time that Tribe, the United Synagogue’s youth division, has run a programme in the United States.

Nomi Goldberg, the United Synagogue’s Events Coordinator who ran the trip, said: “Feedback from our participants has been outstanding. Tribe seeks to be bold and create meaningful opportunities to engage our community’s young people. The trip was a fun, interesting and engaging programme that combined that buzz of New York whilst also providing a platform for the group to feel proud of their Jewish identity and heritage.”