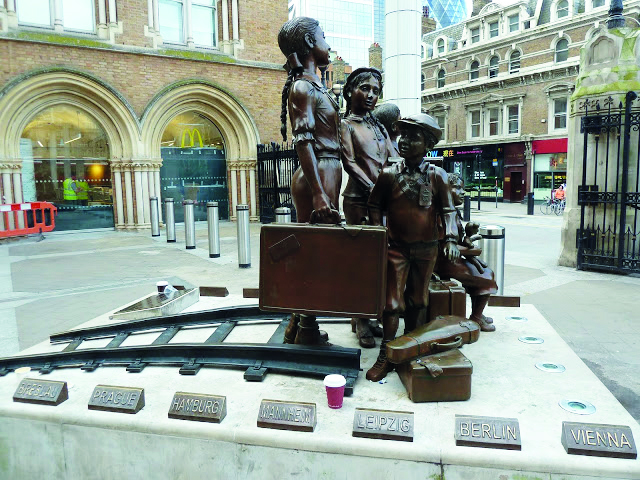 The Association of Jewish Refugees (AJR) was deeply saddened to learn of the passing of Frank Meisler, the sculptor who designed and manufactured the series of iconic statues in dedication to the Kindertransport, including the monument at Liverpool Street station that was co-commissioned by the AJR and World Jewish Relief.
Frank was born in Danzig in 1925 and arrived in England on one of the last Kindertransports, in August 1939. He learnt, after the war, that his parents had been murdered in the Holocaust.
Leading the tributes was Frank’s friend, fellow Kind and Chairman of the AJR-Kindertransport special interest group, Sir Erich Reich, “Alongside his great wit and wonderful sense of humour, Frank leaves us a rich legacy of memorials, sited across European cities form where the Kinder travelled to England. Frank was always keen that the local communities be thanked, especially so in England to which he was eternally grateful. In this special year, when we commemorate the 80th anniversary of the creation of the Kindertransport, his absence will be keenly felt but he can rest knowing that his great works remain appreciated every day.”