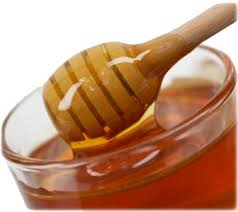 Head of Public Health Dr. Sharon Alroy has warned of a serious danger of a spike in coronavirus cases in Uman, Ukraine at Rosh Hashanah next month.

The annual pilgrimage though is a growing issue due to a second wave of the pandemic.

“There is a serious danger in flights to Uman,” she reportedly said. “Ukraine is a ‘red’ country with high coronavirus morbidity.”

“It is understandable why Chassidic Jews need and want to travel, and we are aware of it, but this poses as a serious threat to a serious increase in virus infections and we request of them to not take part in it this year,” she added.

Whilst acknowledging that flights were potentially dangerous, the government was balancing the risk needs of specific populations in the country.

“Our professional role is to present our positions and the risks on certain issues,” Alory noted.

“Of course, the government has the right to make a decision contradictory to our recommendations and consider other risks,” she added.

Alroy is against the potential of a nationwide lockdown during the High Holidays accepted there might be particular measures for ‘high risk’ citizens such as over 65’s.

“We could possibly ask people with pre-existing conditions and those over 65 to stay at home,” she said. “Currently we are not saying this, and we are following the data closely and will make the appropriate public directives.”

A joint confirmed that the global epidemiological situation meant that Rosh Hashanah could not be marked by “usual customs” in accordance with recommendations from the Ukrainian and Israeli health ministries.

Regarding those visiting, the bodies emphasised that social distancing regulations must be strictly enforced and looks forward to celebrating all festivals “together and without any restrictions” next year.

Last month, the Ukrainian government stated Israeli Jews would not be allowed to enter Ukraine for the high holidays. But earlier this month, Ukrainian Chief Rabbi Rav Yaakov Dov Bleich announced the government may allow up to 8,000 visitors. Israel’s Health Ministry condoned the comments.

“When you look at the data from the first virus wave and morbidity among children we see that it is lower among younger ones,” she said. “However, among ages 13 and up, grade 7-8, we see a rise in infections that keeps increasing as the age group increases.”

She added, “The school year will probably not have an immediate major effect, but in the long run, small children could infect their parents or grandparents with pre-existing conditions.

“As we did when flights were resumed, we are keeping close eye on the schools and practice caution with every action we take.”